Actor Brendan O'Hea is returning to Beijing to direct two Shakespearean classics, where his troupe will be treading the boards at the Tianqiao Performing Arts Center, Chen Nan reports. 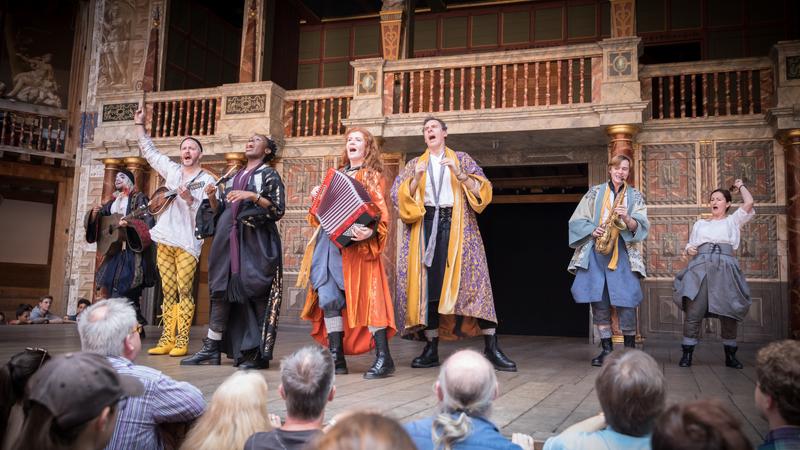 William Shakespeare’s play Twelfth Night will be performed by the theater group at Beijing’s Tianqiao Performing Arts Center from Sept 19 to 21. (PHOTO PROVIDED TO CHINA DAILY)

In 2014, when the renowned theater company, Shakespeare's Globe, staged William Shakespeare's comedy, A Midsummer Night's Dream, at the National Center for the Performing Arts in Beijing, one of the actors, Brendan O'Hea, who played the role of Quince, noticed a girl, about 5 years old, laughing with the crowds throughout the show.

Later, he found out that the young girl didn't understand the language but enjoyed the show.

"It made me believe that Shakespeare's language crosses time and culture," O'Hea says in Beijing.

In 2015 and 2016, the company returned to the capital with two Shakespearean plays, The Merchant of Venice and Hamlet.

As director, O'Hea returns to Beijing and will bring two comedies of Shakespeare: Twelfth Night and The Comedy of Errors, to Tianqiao Performing Arts Center from Sept 19 to 21. 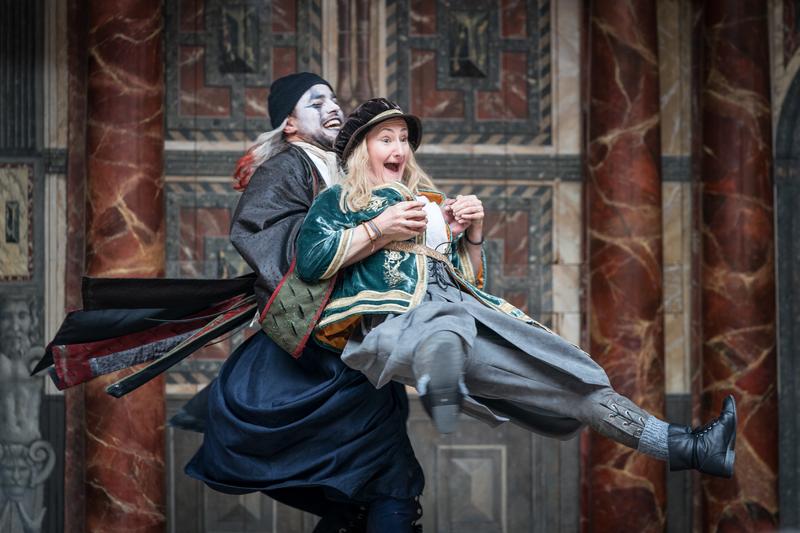 These shows are the last leg of Shakespeare's Globe's world tour, which kicked off in March and visited Australia, Norway, Singapore and other countries.

"International audiences appreciate the plays that demonstrate a wider understanding of Shakespeare's works. The language itself is rhythmic. International and UK audiences often laugh in the same places, which proves that Shakespeare really does bridge boundaries," the director says. "During this trip, I realized particularly that Chinese audiences have a special relationship with Shakespeare's language, since many young people use his quotes."

The two comedies staged during the tour were chosen for their theme of "refugees", where they explore the ideas of "what it means to be at home" and about "people who get washed up on foreign shores", according to O'Hea.

"The two plays fit with the theme. There is also something poetic about a group of actors, who travel around the world performing plays that are about home, when the actors themselves are far from home," he adds.

One of Shakespeare's earliest works, The Comedy of Errors, is centered around a pair of separated twin brothers and their mistaken identities, which sets out to engage with the audience through puns, word play and humor.

Twelfth Night is about a shipwreck tearing a family apart, while twins Sebastian and Viola seek refuge in a new land.

Both of the plays have been adapted by Chinese theater companies and are well-known to Chinese audiences. 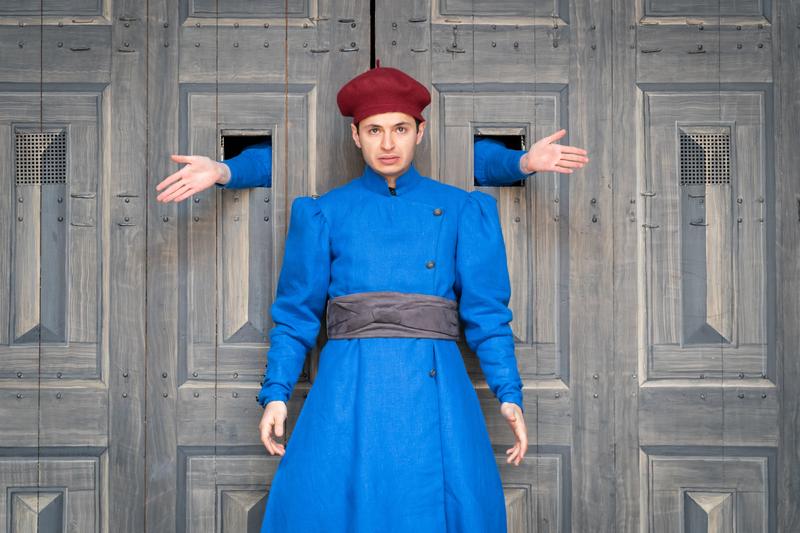 A scene from The Comedy of Errors by the same company. (PHOTO PROVIDED TO CHINA DAILY) 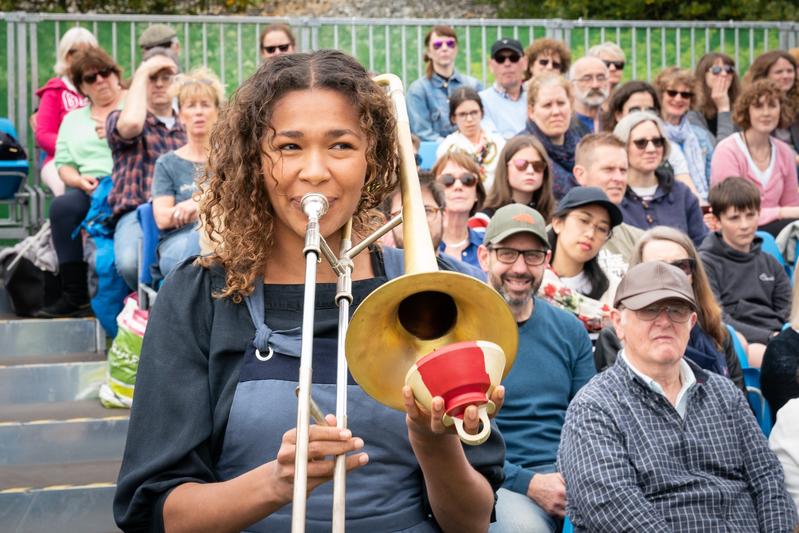 Eight actors - all under the age of 35 - from Shakespeare's Globe take on multiple roles in the two plays and they sing, dance and play instruments. The director uses lots of symbols from Elizabethan times, such as domestic helpers dressed in blue. Three doors are set up onstage, with one large door placed center stage and two smaller doors placed either side.

"It's important to keep some of the traditional format. My role is to empower the actors," the director says. "Simplicity releases complexity. A simple stage set allows the audience to imagine and each member of the audience will develop their own individual relationship with the play."

According to Lu Jiande, director of the Institute of Literature at the Chinese Academy of Social Sciences, the relationship between Shakespeare and China dates back to 1890, when the Bard's The Merchant of Venice was staged at a university in Shanghai. During the late Qing Dynasty (1644-1911), a Chinese scholar, Lin Shu, translated Tales from Shakespeare, a children's book written in English by brother and sister Charles and Mary Lamb in 1807.

As a world-renowned performing arts venue, cultural attraction and education center located on the bank of the River Thames in London, Shakespeare's Globe Theater was first built in 1599 and staged original productions of the Bard's works nearly 400 years ago. It was destroyed by fire in 1613, rebuilt in 1614 and demolished in 1644.

In 1970, American actor Sam Wanamaker set up the Shakespeare's Globe Trust to actively pursue his long-held dream of building a reconstruction of the original Globe theater. It took 23 years to find land, gain permission and raise the money for the project. He died in 1993, while the building was still under construction. 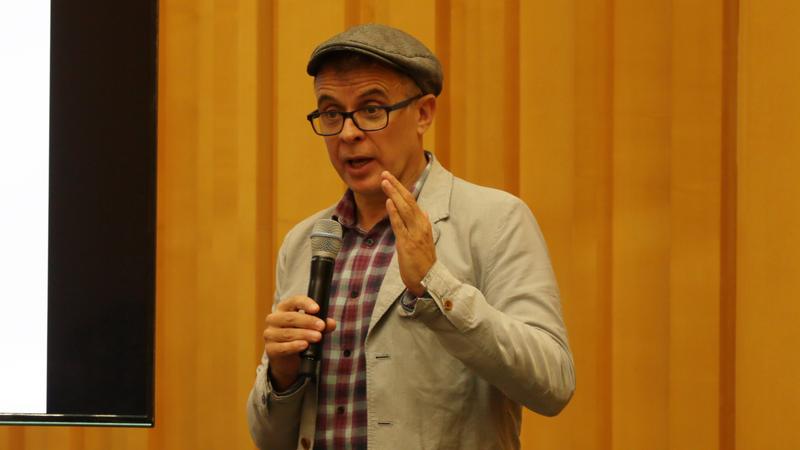 Shakespeare's Globe opened officially in 1997, very close to the site of the original theater.

"Just like the original Globe, the new Globe has a yard open to the sky. A stage covered by a roof juts out into the yard. The audience members stand in the yard, or sit in the three covered galleries that surround it," says O'Hea.

"We have about 150 actors at the Globe in total, and they start with getting the experience of what it's like to work with the audience," the director adds. "In Shakespeare's time, the play started at 2 pm, which means the performers and audience shared the same light. The performers didn't address a dark auditorium, so the audience members were more like active participants rather than passive spectators. Once the performers get used to that, they can take the relationship with the audience on the road."

After having studied acting at the Bristol Old Vic Theatre School, O'Hea joined Shakespeare's Globe in 2012.

At first, he thought it was a "tourist trap" and he never wanted to go there. But after he saw a play and acted there, he "completely fell in love with it".

"The audience is more important than anyone. You can listen to their heartbeat. When you see young people connect with the plays, when you see the light going on in a young person's eyes, life doesn't get better than that," he says.