HK’s show at the last Venice architecture biennale gets a re-run at the city’s own Oi!. Refreshingly, the focus is more on grassroots realities than high-rises. Chitralekha Basu reports. 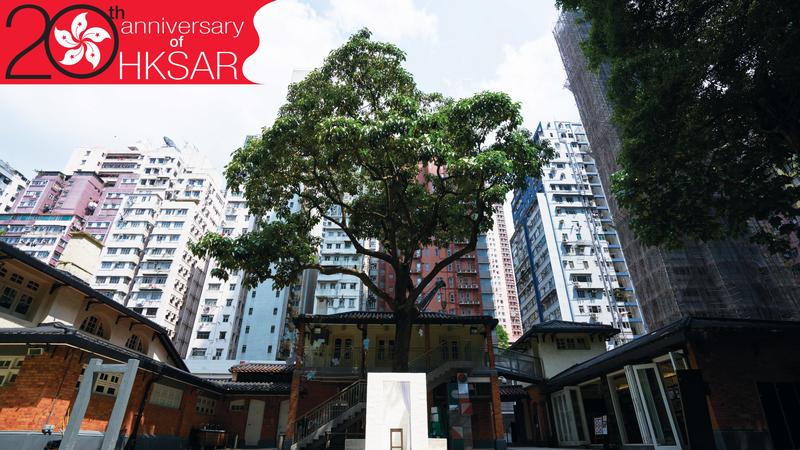 It’s almost uncanny how similar the exhibition space at Oi! in Hong Kong’s North Point is to the interiors of Campo della Tana in Arsenale, Venice. The 17 architects and artists from Hong Kong who participated in the 15th Venice Biennale International Architecture Exhibition (VBIAE) had displayed their works at the latter venue last November.

Now months later, the show that had set out for Venice, wishing to shine the spotlight on the other Hong Kong that is often obliterated by the city’s shiny chrome-and-glass façade, is back where it began. The exposition in Venice now stands recreated in a slightly scaled-down version in a gallery at Oi! Its uneven cemented floors, arts-and-crafts style brick-lined walls and wooden beams holding up the ceiling seem like an obvious nod to the VBIAE venue in Arsenale which comes with similar features.

The current show at Oi! is the Hong Kong government’s gift to the city on the 20th anniversary of its turning into a special administrative region of China. In keeping with the spirit of Hong Kong’s re-unification with the mainland, exchange and sharing are the key ideas informing the exhibition, titled Stratagems in Architecture: Hong Kong in Venice.

The original show in Venice was put together as a response to a brief given by VBIAE curator, Alejandro Aravena. Participating architects were asked to “report from the front”, i.e. share the immediate constraints and challenges faced by them as professionals in real-life situations and come up with projections about dealing with them.

The battleground overtones about the theme prompted Stanley Siu, the chief curator of the project, to re-visit the ancient Chinese military manual, Thirty-six Stratagems. Siu invited a bunch of friends, both architects and artists, asking 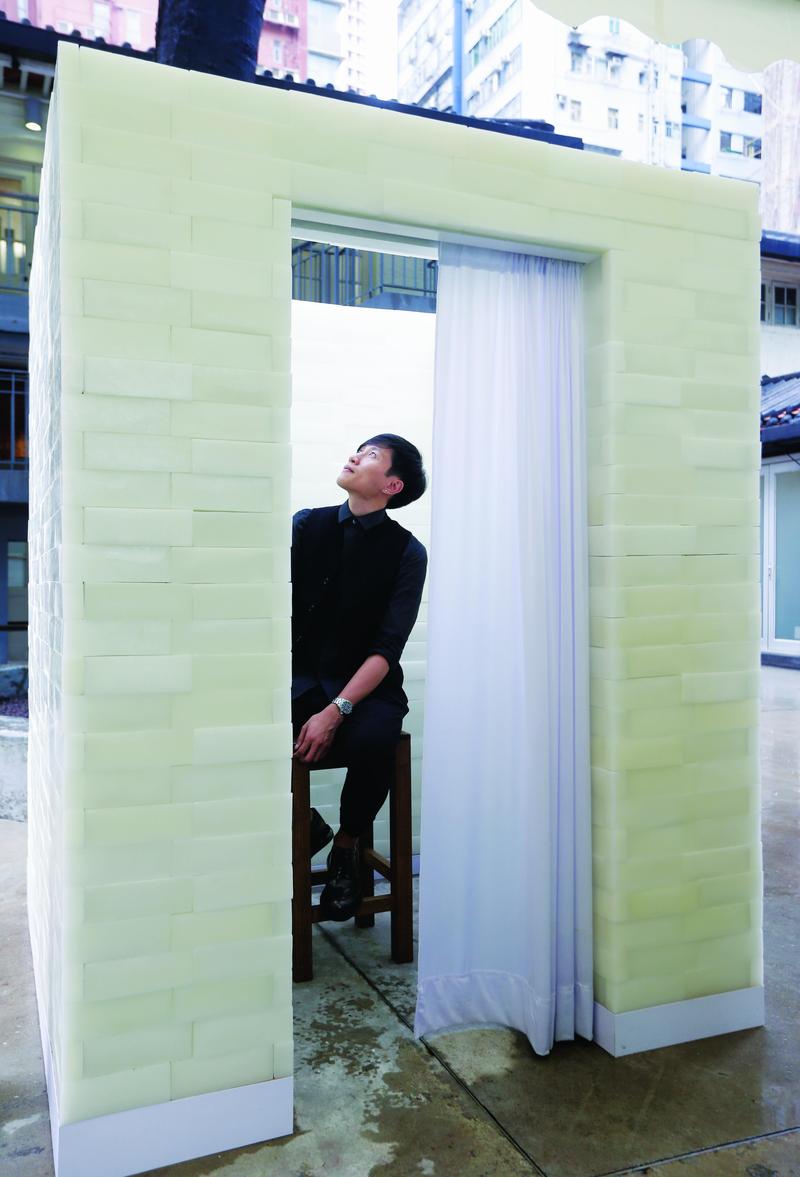 Stanley Siu, chief curator, Stratagems in Architecture: Hong Kong in Venice, created a confession box out of wax which affords a view of the sky above. (Photo provided to China Daily)

Hong Kong architects’ offering to the evolved, international audience at Venice had to be about radical thinking. Hong Kong architecture, they felt, wasn’t only about an intense weave of skyscrapers, cutting up the sky into oblong fragments. Indeed, such ever-familiar images of Hong Kong were put to scrutiny in some of the installations. Chan Sim’s Skykite, for instance, plays on the idea of a truncated sky, reduced to the size of a skylight, musing, as it were, on the dichotomy between urban development and nature.

“While the high-rises around Central dominate the images of Hong Kong in popular consciousness, they do not necessarily reflect our concerns as architects,” says Siu, who chose his team from an age range of 30 to 40. “A lot of us are way closer to the local community than the financial markets. So we took a bottoms-up approach and tried to show how things could be different.”

Siu thought of using Thirty-six Stratagems as a take-off point for the show — appropriating the pragmatic, even ruthless, tactics originally devised for application in a combat zone to come up with environment-friendly, welfare-oriented projects that sometimes make the axioms they grew out of stand on their heads.

For instance, Angus Ngai’s piece, The Unlimited Quality of Limited Space, is a critique of the war strategy: “Disturb the water and catch the fish”. Ngai has interpreted the saying in the context of the extreme space crunch Hong Kong-dwellers are often faced with. Desperate to find a room of their own, people with limited incomes often play into the hands of profit-driven realtors, sinking their life’s savings into buying minuscule flats, not particularly conducive to living in good health and with dignity. Ngai’s installation shows how such limited spaces could be expanded through the use of maneuverable partitions, turning these into interactive spaces, shared between neighbors, thus putting a positive spin on a mercenary policy. 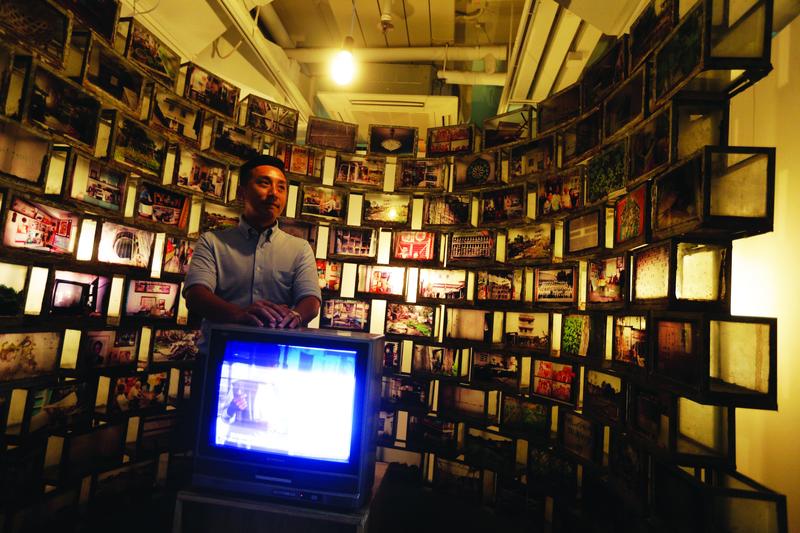 Siu’s own handiwork, however, is directed at self-criticism, or rather at those among his tribe who willfully suppress the whole truth from their clients. Titled First Confession, his piece is inspired by the war strategy, “Play dumb while remaining smart”. Siu created a three-tiered confession box, channeling the design of the typical bunk bed units that people who cannot afford a room or even a partitioned section of it sometimes end up living in. The top was left open for the person inside to commune with nature, or who knows, maybe even divinity.

In its Hong Kong avatar, the model has been scaled down to the size of a regular confession box in churches. Its walls are made of virginal white bricks of wax. Siu says he would be the first to go inside the box when the show opens to the public on May 5, the idea being that “you walk into the box, sit there, pray and talk to your god, whoever that is, confess the mistakes you made as an architect and emerge from it as a new person”.

“While from the outside the piece looks small, dense and repetitive, once you go in and look upwards, there is the sky,” Siu points out.

A similar impulse to liberate housing in Hong Kong from its obvious limitations of space and conventional thinking also marks the installation by Sunny Yung. With colleague Mary Grace Chiu, Yung has created a set of five wooden cubes. These look like they were sectioned off from the side of an apartment block, like cubes from a fruit. Each comes with a variation on the original, standardized structure — a mezzanine floor is inserted in one, for instance, and a sun-shade added in another, much like the way people living in the city’s tenement buildings sometimes adapt the space available to them to suit their personal needs. 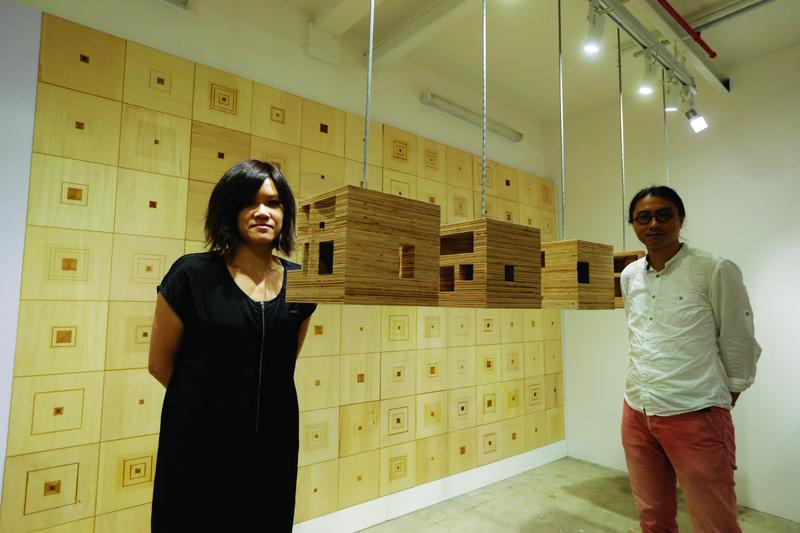 It’s usually against the rules to tinker with the standardized set-up in rented flats. Challenging the notion of homogeneity that dominates such buildings, where each unit is often an exact replica of the other, Yung seems to advocate reaching a middle ground where the standardized can co-exist with the customized. He says he took his cue from the war strategy: “Create something out of nothing”.

“In school we were taught how architecture ought to cater to individual needs and that living spaces should ideally grow out of human interaction with the environment,” says Yung, regretting the gradual erosion of “the unique relationship between a human being and the space created for him to inhabit”.

“This loss is what we have referred to as ‘nothing’,” he explains. In the installation piece, each cube, though carved out of the same block, has unique features. It is “our way of reclaiming such lost relationships,” says Yung.

Presented by the Hong Kong Institute of Architects Biennale Foundation