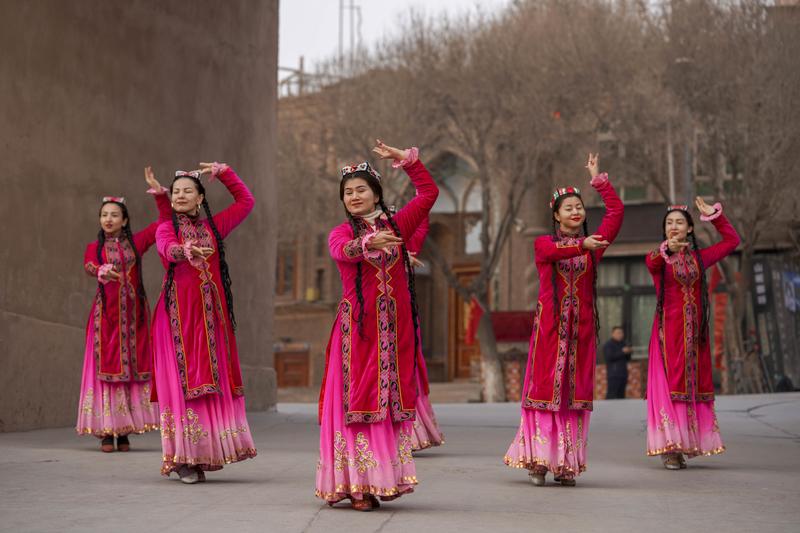 China is a unified multiethnic country, and the various ethnic groups in Xinjiang have long been part of the Chinese nation. Throughout its long history, Xinjiang's development has been closely related to that of China, the white paper said.

However, in more recent times, hostile forces in and outside China, especially separatists, religious extremists and terrorists, have tried to split China and break it apart by distorting history and facts, said the document titled “Historical Matters Concerning Xinjiang”.

Xinjiang has long been an inseparable part of Chinese territory. Never has it been the so-called "East Turkistan." The Uygur ethnic group came into being through a long process of migration and integration, the white paper said, adding that it is part of the Chinese nation.

Xinjiang's fight against terrorism and extremism is a battle for justice and civilization against evil and barbaric forces. As such it deserves support, respect and understanding.

In Xinjiang, different cultures and religions coexist, and ethnic cultures have been fostered and developed in the embrace of the Chinese civilization. Islam is neither an indigenous nor the sole belief system of the Uygur people. It has taken root in the Chinese culture and developed soundly in China, the document said.

"Xinjiang's fight against terrorism and extremism is a battle for justice and civilization against evil and barbaric forces. As such it deserves support, respect and understanding," it said.

The document said that some countries, organizations and individuals that apply double standards to terrorism and human rights have issued unjustified criticism of Xinjiang's effort. This kind of criticism betrays the basic conscience and justice of humanity, and will be repudiated by all genuine champions of justice and progress, it said.

The ethnic cultures in northwest China's Xinjiang Uygur Autonomous Region always have their roots in the fertile soil of Chinese civilization and make up an inseparable part of Chinese culture, said the white paper.

It was not until the turn of the 9th and 10th centuries, when Islam spread into the region, that the Islamic culture of the Arab civilization began to exert its influence on ethnic cultures in Xinjiang, it said.

More than 2,000 years ago and beyond, Xinjiang was a gateway for China's civilization to open to the West and an important base for cultural exchange and communication between the East and the West, it said.

Long periods of exchange and integration between the culture of the Central Plains and those of the Western Regions drove not only the development of various ethnic cultures in Xinjiang, but also the diversified and integrated Chinese culture as a whole, the white paper said. 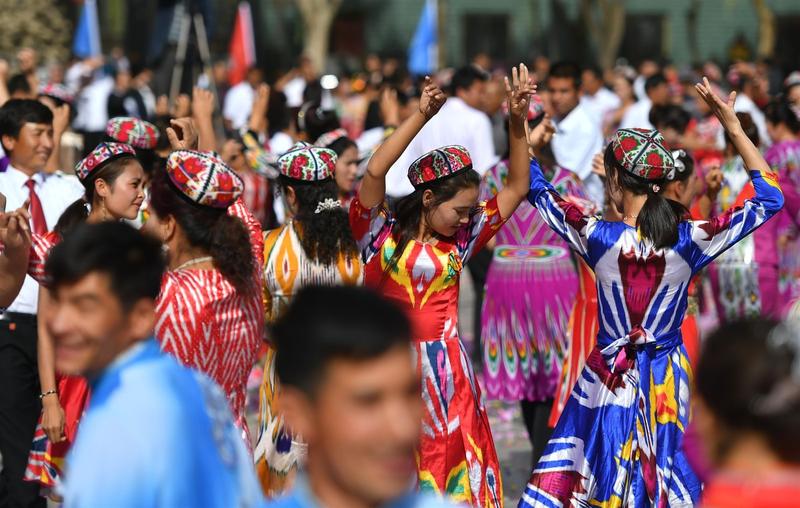 In the Han Dynasty (206 BC - AD 220), the Chinese language became one of the official languages used in government documents of that region, said the white paper.

The historical record indicates that when multiple languages were used as official languages and when exchanges were frequent in Xinjiang, it witnessed a boom in ethnic cultures and social progress.

"Having a stronger sense of identity with Chinese culture is essential to the prosperity and development of ethnic cultures in Xinjiang," the white paper said.

From the Han Dynasty (206 BC - AD 220) to the middle and late Qing Dynasty (1644-1911), the vast areas both north and south of the Tianshan Mountains in Xinjiang were called the Western Regions. Xinjiang was formally included in Chinese territory in the Han Dynasty, according to the white paper titled "Historical Matters Concerning Xinjiang," which was released by the State Council Information Office.

Later dynasties in the Central Plains, some strong, some weak, kept closer or looser contact with the Western Regions, and the central authorities exercised tighter or slacker administration over Xinjiang, it said.

"But all of these dynasties regarded the Western Regions as part of Chinese territory and exercised the right of jurisdiction over Xinjiang," it said.

Through the long formative process of turning China into a unified multiethnic country, many ethnic groups worked together to develop its vast territories and build the diverse Chinese nation, the white paper said.

The unification of multiethnic China was a result of common efforts made by the whole Chinese nation, including the ethnic groups in Xinjiang, it said. 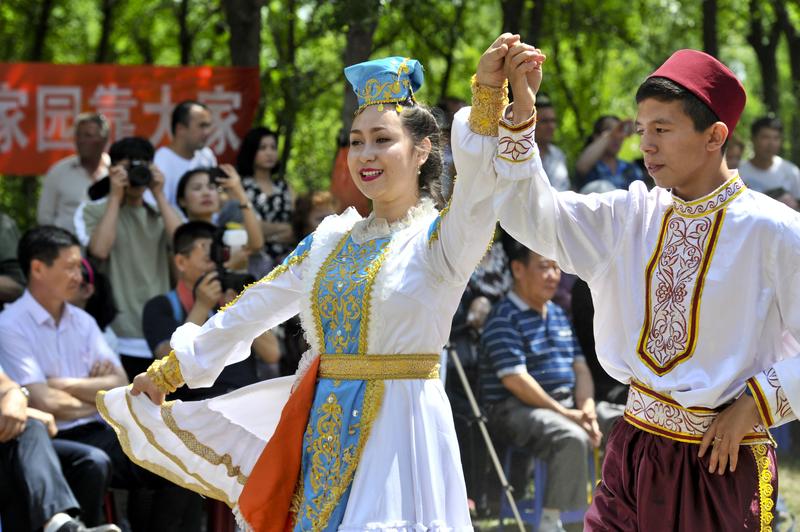 The introduction of Islam into Xinjiang Uygur Autonomous Region in northwest China was related to the emergence of the Arab Empire and the eastward expansion of Islam, the white paper said.

"The Uighur conversion to Islam was not a voluntary choice made by the common people, but a result of religious wars and imposition by the ruling class, though this fact does not undermine our respect for the Muslims' right to their beliefs," it said.

According to the document, Buddhism was once the predominant religion practiced by the nobility and the common people in the region. Today in Xinjiang, a significant number of people do not follow any religion, and many Uygurs follow religions other than Islam.

The history of Xinjiang Uygur Autonomous Region in northwest China shows that multiple religions have long coexisted there, with one or two predominant, and the region's religious structure is characterized by blending and coexistence, according to the white paper.

Xinjiang has multiple religions, including Islam, Buddhism, Taoism, Protestantism, Catholicism, and the Eastern Orthodox Church. It has 24,800 venues for religious activities, including mosques, churches, Buddhist and Taoist temples, with 29,300 religious staff, it said.

"Xinjiang always upholds equality for all religions, showing neither favoritism towards nor discrimination against any religion and allowing no religion to be superior to any other religion," said the white paper.

Believers and non-believers enjoy equal rights and obligations, and all law violators, whatever their social background, ethnicity, and religious belief, will be punished in accordance with the law, the white paper said.