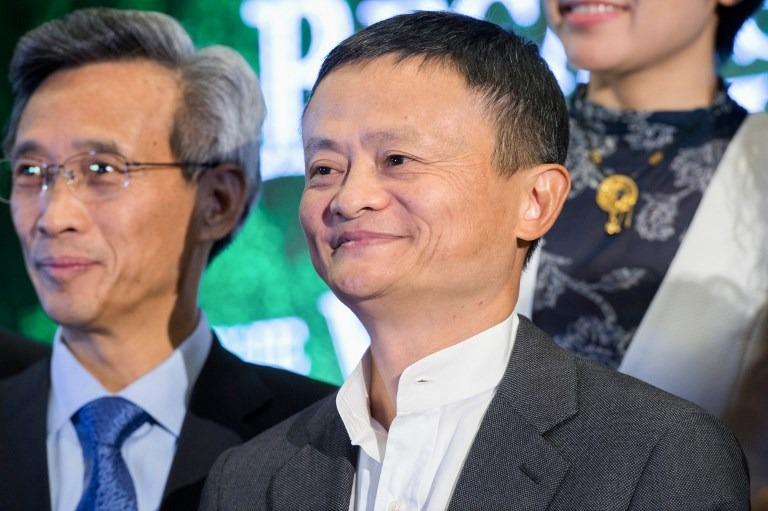 Jack Ma (center), Chairman of the Alibaba Corporation in China, poses for a group photo during the first annual African Ranger Awards ceremony in Cape Town, on August 7, 2018. The Awards recognize 50 wildlife rangers working in 17 African countries, and raises global awareness about conservation of Africa's wildlife and the critical role that front-line rangers play in conservation. (RODGER BOSCH / AFP)

CAPE TOWN — The 2018 Ranger Awards ceremony was held in Cape Town on Tuesday, highlighting the Chinese conservation efforts on the African continent.

The awards were presented by the Alibaba Foundation, together with the Paradise Foundation, two Chinese conservation groups dedicated to wildlife protection in Africa.

Addressing the ceremony, Jack Ma, Executive Chair of Alibaba Group and Co-chair of the Paradise Foundation, pledged to creat a global consciousness about the need to view the task of protecting Africa's vast wildlife resources as a duty of all people and building a broad vision of "humankind and nature in balance" where "every organization becomes an organization that is related to the ecosystem."

The African Ranger Awards were launched by the Alibaba Foundation together with the Paradise Foundation in July this year. Under the initiative that will last 10 years, 50 wildlife rangers will be awarded each year, with a prize of 3,000 US dollars each.

READ MORE: What to do with captured wildlife

Ma told the audience that he and his group would "come back to Africa every year to visit at least three countries" to bear witness to what he and others had experienced on the ground which reveals that "animals and human beings can live harmoniously together."

Among the pertinent issues highlighted during the ceremony were China's decisive leadership by building synergies with conservation, innovation and technology.

Ma stated that although the Paradise Foundation originated in China, "but we care about the well-being of our entire planet."

"Africa is the natural habitat for a range of wildlife that is threatened by illegal poaching and trading. We hope that we contribute to Africa's nature conservation," he said. 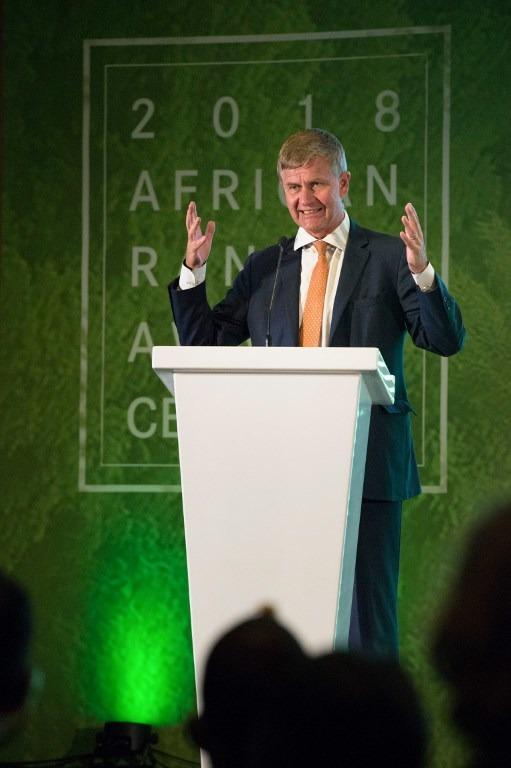 Africa is the world's richest continent in terms of wildlife, yet this treasure trove of biological diversity has been suffering from rampant poaching. At present, the African elephant population is declining at a rate of 38,000 per year. Animals such as black rhinos and gorillas are also on the verge of extinction. Every year, many rangers sacrificed their lives in battles against armed poachers and illegal loggers. Between 2006 and 2016, at least 1,000 rangers sacrificed their lives in the service of protecting wildlife.

Ma heralded the role of rangers in the conservation and wildlife protection battle, noting that "today rangers are the real heroes of the human beings."

"Rangers have terrible equipment and terrible working conditions and we should protect them and their families," he said.

Ma also addressed the vast potential of technology in revolutionizing the work these unsung heroes are doing. "We should give them technology to make their job easier," he said.

His view was echoed by Edna Molewa, South Africa's Minister of Water and Environmental Affairs, who noted in her remarks that South Africa is the third largest mega-diverse country in the world, after Indonesia and Brazil.

"We are losing rangers to poachers and we are making the call to work together to protect rangers and to make wildlife a future," Molewa said.

"Rangers on a daily basis are facing the most intense challenges in the world," she said.

The strong support that the Rangers Awards initiative had brought to those facing the greatest dangers in wildlife protection resonated strongly with one of the rangers who was honored with an award.

Rodrigues Magaruka Katembo, Deputy Chief Warden in Democratic Republic of Congo's Kundelungu Complex, noted in his remarks that the dangers facing conservation rangers were not only poaching, but also natural resource exploitation.

He said he was one of thousands of rangers who were at risk in working to protect Africa's wildlife.

"Today I feel more hope than before and see many people willing to stand with us," Katembo said.

The work that Katembo and his fellow rangers are doing was hailed by Erik Sonheim, Executive Director of the United Nations Environment Program.

He said Africa has been very successful in taking care of wildlife and "there is increasing partnership between Africa and China."

He praised China as a leading nation in global transformation in terms of the position put forward by the Chinese leadership who strongly advocate green economy which has greatly benefited the Chinese people.

He heralded the work of African rangers, stating that "rangers are doing fantastic work for Africa and the planet."

China's Ambassador to South Africa, Lin Songtian said in his remarks that China had adopted tough measures which were critical in closing the loop in illegal trade in Africa's endangered species which are driven by relentless poaching of its wildlife.

He said China had adopted tougher laws on wildlife poaching and "a comprehensive ban of trading on ivory products."