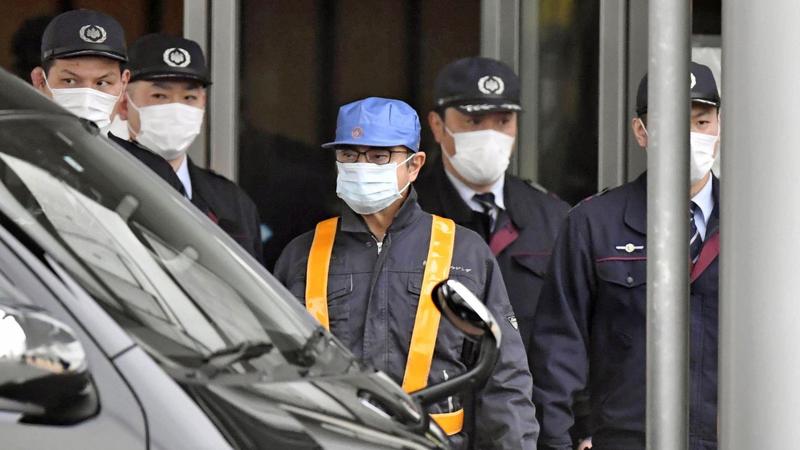 TOKYO — Ousted Nissan Motor Chairman Carlos Ghosn was released from jail on Wednesday after posting US$9 million in bail, giving the executive fresh impetus to craft his defence against financial misconduct charges in Japan.

He was wearing a workman's uniform, face mask, blue cap and glasses when he slipped out of the Tokyo Detention House and got into a minicar unrecognised by many of the journalists and TV crews camped outside the facility, television footage showed.

The former titan of the global auto industry had been confined to a small, unheated room in the detention centre for more than 100 days since he was arrested on Nov 19 on charges Ghosn has described as "meritless". 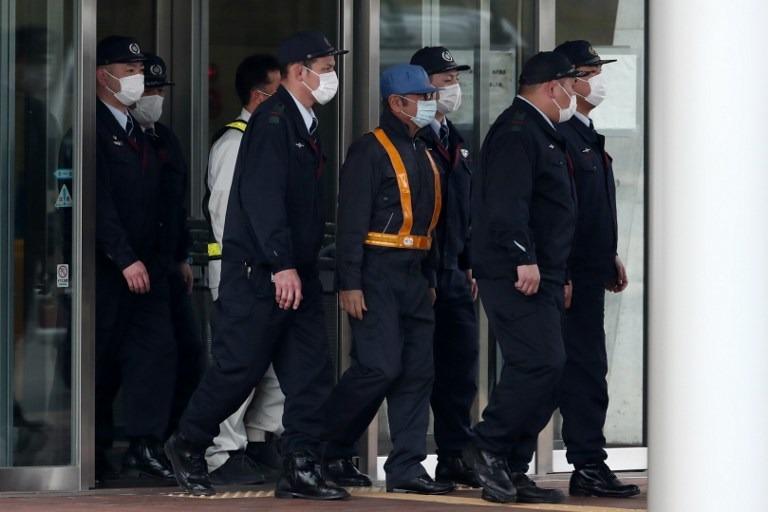 Former Nissan chairman Carlos Ghosn, center with blue cup, is escorted as he walks out of the Tokyo Detention House following his release on bail in Tokyo on March 6, 2019. (BEHROUZ MEHRI /AFP)

The Tokyo District Court said Ghosn has paid the 1 billion yen (US$9 million) bail, among the highest ever in Japan, after it rejected a last-ditch appeal by prosecutors to keep him in jail.

Ghosn, also the former chairman of Renault and Mitsubishi Motors, was granted bail after he gave assurances that he would remain in Tokyo, surrender his passport to his lawyer and submit to extensive surveillance.

He has agreed to set up cameras at the entrances and exits to his residence, and is prohibited from using the internet or sending and receiving text messages. Ghosn is also banned from communicating with parties involved in his case, and permitted computer access only at his lawyer's office.

He faces charges of aggravated breach of trust and under-reporting his compensation by about US$82 million at Nissan for nearly a decade. If convicted on all charges, he faces a maximum sentence of up to 15 years in jail, prosecutors have said.

"I am innocent and totally committed to vigorously defending myself in a fair trial against these meritless and unsubstantiated accusations," he said in a statement on Tuesday. 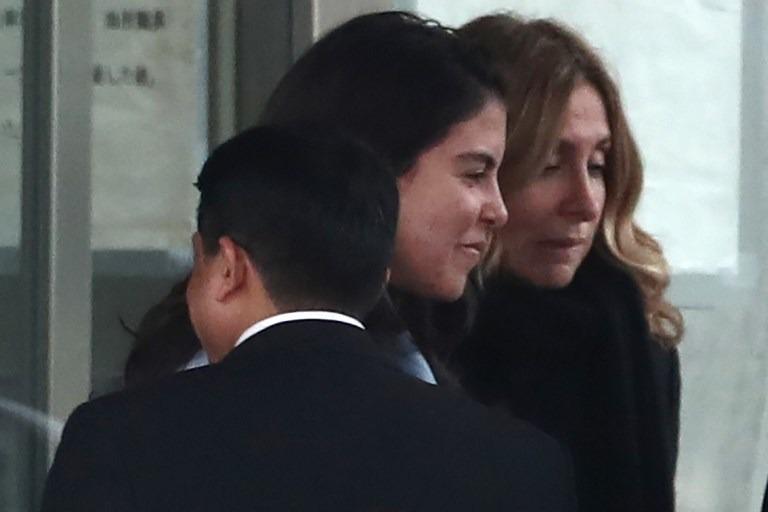 The release will allow Ghosn - the architect of Nissan's automaking partnership with Renault and Mitsubishi - to meet his new legal team frequently and build a defence ahead of trial.

Last month Ghosn hired lawyer Junichiro Hironaka, nicknamed "the Razor" for his success at winning acquittals in several high-profile cases, to replace Motonari Otsuru, who once ran the prosecutor's office investigating him.

Hironaka's appointment suggests a shift to a more aggressive defence strategy. He has already said that the charges against Ghosn should have been dealt as an internal company matter and that Japan was out of step with international norms by keeping his client in jail.

The case has cast a harsh light on Japan's criminal justice system, which allows suspects to be detained for long periods and prohibits defence lawyers from being present during interrogations that can last eight hours a day.

While the bail is a significant step, Ghosn still faces a criminal justice system with a conviction rate of 99.9 percent.

Credited with reviving Nissan in the early 2000s, Ghosn was one of the auto industry's most powerful figures as head of the Nissan-Renault-Mitsubishi alliance, whose combined sales rank it as one of the world's biggest automakers.

At the time of his arrest, he had been seeking a full merger of the companies, an idea opposed by many Nissan executives.

However, his arrest has since muddied the outlook for the alliance, which is based on a web of cross-shareholding and operational integration.