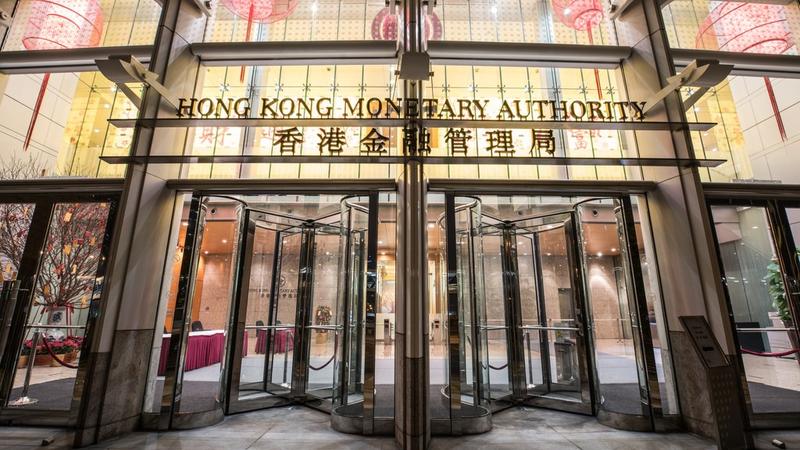 This undated photo shows the building of the Hong Kong Monetary Authority. (PHOTO/IC)

The Hong Kong Monetary Authority said confidence in the city’s currency peg to the dollar remains strong and the banking sector is robust, despite almost six months of anti-government protests that have roiled the financial hub’s economy.

“The peg has proven that it will survive different times and different challenging periods for Hong Kong,” Howard Lee, deputy chief executive at the HKMA, said in an interview with Bloomberg Television Thursday. “The benefit is clearly visible and the confidence in the linked exchange rate is very strong among Hong Kong residents and also international investors. We see no need to change it.”

Hong Kong’s trade-dependent economy has been pushed into recession this year, as social unrest shuttered businesses and kept tourists away at a time when output was already slowing due to weaker global demand. Even so, the risk of large scale capital outflows hasn’t materialized, and local banks have reported strong profits.

READ MORE: 'No noticeable capital outflow' from SAR despite unrest

Lee said that the signing into law Wednesday the Hong Kong Human Rights and Democracy Act by US President Donald Trump was “not welcome news” for financial markets, and echoed his government’s line that the law is unwarranted.

Howard Lee said the signing into law Wednesday the Hong Kong-related act by US President Donald Trump was “not welcome news” for financial markets, and echoed his government’s line that the law is unwarranted

“But as you can see, the market reaction so far has been pretty calm,” Lee said. “A lot of bankers and market practitioners that I have talked to, they feel that the immediate impact of the bill is not going to be huge for the time being.”

Lee outlined the actions that Hong Kong’s government has taken to support the local economy amid the downturn, and said that the government could consider further measures if needed.

The city’s more than three-decade-old currency peg to the dollar has been the bedrock of its status as a financial hub. Authorities have intervened to defend it consistently over the years, and have this year been forced to push back against renewed attacks by investors such as Hayman Capital Management founder Kyle Bass.

The Hong Kong dollar’s peg is officially set at 7.80 per dollar, but the currency is allowed to trade 5 cents to either side. The HKMA keeps a reserve pile of around US$440 billion to maintain it.