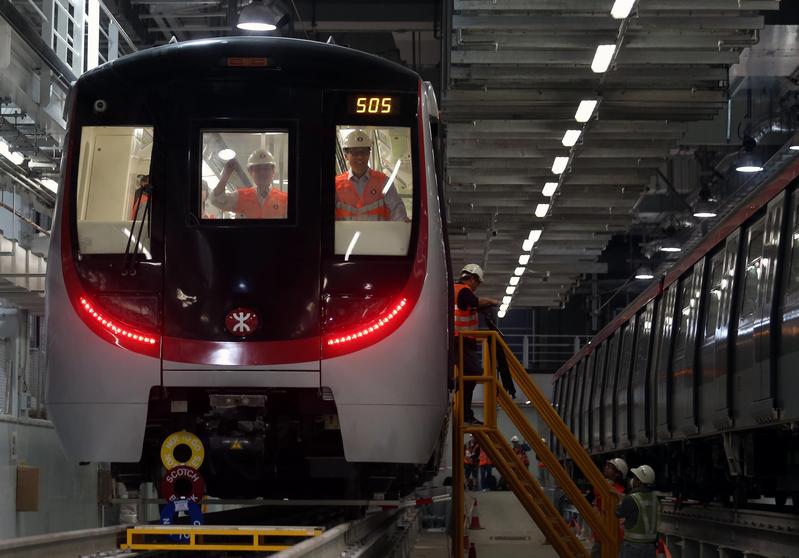 In this 26 March 2015 photo, staff of MTR group control the demo system at the train during the press conference of the South Island Line (EAST) train at Wong Chuk Hang Subway Station. (PARKER ZHENG / CHINA DAILY)

GUANGZHOU — The Hong Kong-based MTR Corporation has teamed up with domestic property giant Country Garden and the local government to set up a smart MTR railway research and development center in southern Chinese city Foshan.

Located in the city's Shunde District, the center will leverage technologies such as cloud computing and Internet of Things to process railway and property data to help upgrade local industries.

The establishment of the R&D center is part of local government's efforts to facilitate the development of the Guangdong-Hong Kong-Macao Greater Bay Area.

Chinese authorities unveiled the outline development plan in February with the aim to turn the region into a "role model of high-quality development" with enhanced connectivity and exchanges.