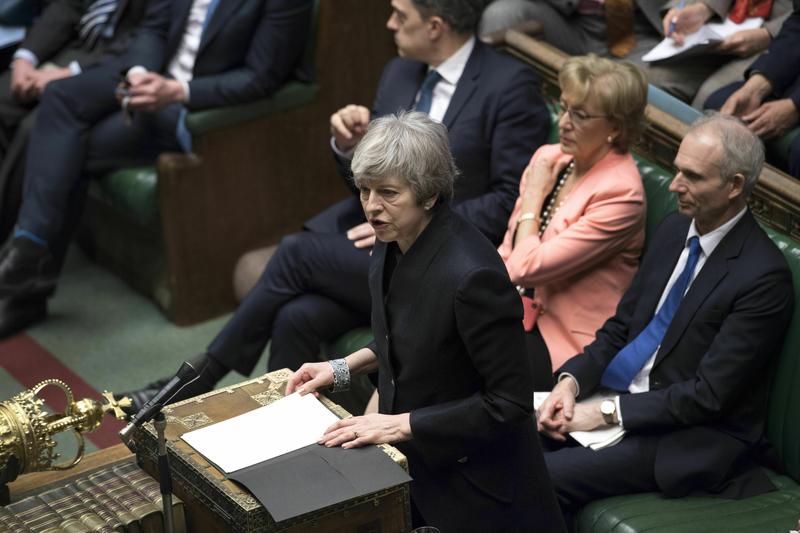 In this handout photo provided by the UK Parliament, Britain's Prime Minister Theresa May delivers her statement in the House of Commons in London, April 11, 2019. (JESSICA TAYLOR / UK PARLIAMENT / AP)

LONDON — The United Kingdom now has until Oct 31 to leave the European Union but the British political elite is still squabbling over how, when or if to Brexit.

While manifestos of both the main parties in the UK support Brexit, the opposition Labour Party backs a "confirmatory referendum" on any deal

Some EU officials think the United Kingdom could change its mind - a spectacular reversal that would illustrate the bloc's fortitude and keep one of Europe's top powers inside the club.

Eurosceptic supporters of Brexit say the divorce is under threat from what they cast as an undemocratic plot that risks undermining political stability in the United Kingdom.

Below are possible scenarios:

The fresh delay gives time for the opponents of the divorce to push for a revocation of the formal Article 50 divorce notification, or for a referendum - either via parliament or an election.

Prime Minister Theresa May, who voted for remaining in the EU in 2016, has repeatedly ruled out either revocation or another referendum. But if she is toppled, a successor might be tempted to call an election.

The outcome of any election is uncertain and while both main parties' manifestos support Brexit, the opposition Labour Party backs a "confirmatory referendum" on any deal.

Labour leader Jeremy Corbyn, who voted against membership in 1975 and gave only reluctant backing to the 2016 campaign to remain in the EU, has signalled only lukewarm backing for another referendum. His party, though, is clear it wants one.

May's finance minister, Philip Hammond, said on Friday it was very likely that the idea of a second Brexit referendum would again be put to parliament at some point, though the government remained opposed to any new plebiscite.

Parliament has been in deadlock over the terms of Brexit, having rejected May's withdrawal plan three times since January.

When over the past month lawmakers twice held a series of votes on the various Brexit options aimed at breaking the stalemate, a second referendum was the most popular option, although it fell short of reaching a majority. 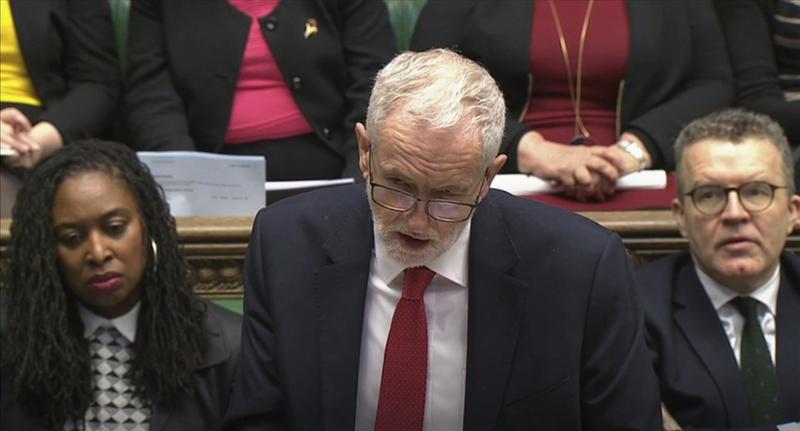 On April 1, a proposal for another referendum drew the support of 280 lawmakers - 40 seats short of a majority. A week earlier, it had the backing of 268 lawmakers.

If parliament agreed to a second referendum, Britain would probably have to ask for an extension beyond the end of October to allow enough time for a campaign.

Yet in Brussels, that idea is not outrageous.

More delays are on the cards, depending on developments in Britain, according to EU officials and diplomats.

Three of the four former British prime ministers still alive- John Major, Tony Blair and Gordon Brown - have said a referendum is the way to resolve the crisis.

The case for a second referendum could be enhanced if europhile candidates - mainly from centre-left parties - do well in the May 23-26 European Parliament elections.

To get another referendum, the British parliament would have to approve new legislation and settle on a question.

Britain’s electoral regulator would then ideally need six months to test the question with the public and then grant a period for the campaign to take place, a spokesman said.

Both sides of the Brexit divide are preparing for the possibility of another referendum.

It is far from clear how the United Kingdom would vote and even if it did vote to remain, Brexit supporters would demand a third and decisive vote.

Goldman Sachs puts a 40 percent probability on a no Brexit.

Her kingdom for a deal

May still hopes parliament will approve the deal she completed with the EU in November, though it has gone down to repeated, heavy defeat in parliament since then.

May promised to resign if her deal is approved, but that moved neither eurosceptic nor pro-EU opponents to support her, so she is now warning that Brexit may never happen.

If talks with the Labour Party ultimately collapse, May has said she will accept the will of parliament on what to do next. 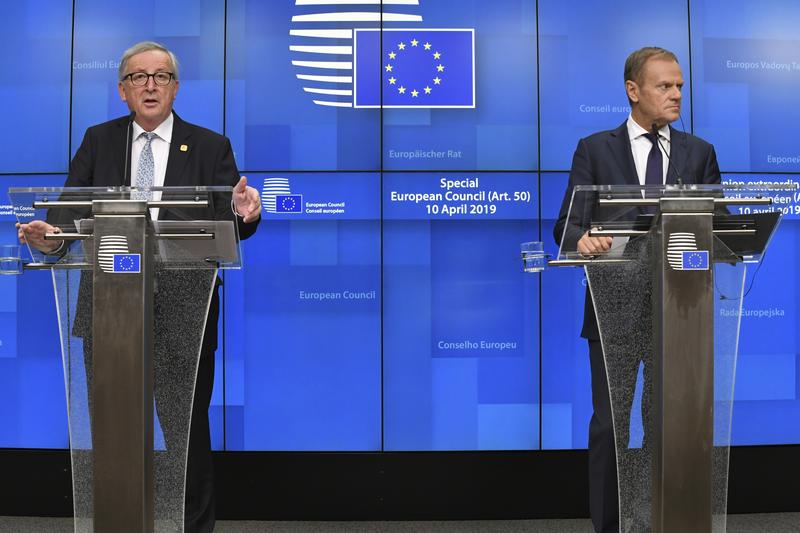 Votes in the fractious House of Commons have shown that none of the alternatives to May's agreement - such as leaving with no deal, a referendum or a much closer post-Brexit economic relationship - can yet muster a majority.

One option that could win over Labour lawmakers is to have a post-Brexit customs union with the EU and to align with many of the rules of the bloc's single market.

Brexiteers and many supporters of membership both say such an option is foolish as it would leave the United Kingdom with no say over rules it would have to abide by.

The EU would be happy to do that and could do it fast.

Such a deal, Brexiteers say, would be "Brexit In Name Only".

Goldman Sachs puts a 50 percent probability on the ratification of a modified deal.

May's deal fails again, parliament cannot agree on what to do and May, or a successor, calls an election.

Britain's next national election is not due to be held until 2022, but there are two ways an earlier vote can be called:

a) Two-thirds of parliament's 650 lawmakers vote in favour of holding an election.

b) If a motion of no confidence in the government is passed by a simple majority of lawmakers and no party can succeed in winning the confidence of the House of Commons over the next 14 days, an election is triggered.

The chaos worsens in London and a hardline, Brexit-backing leader ultimately goes for a no-deal exit. 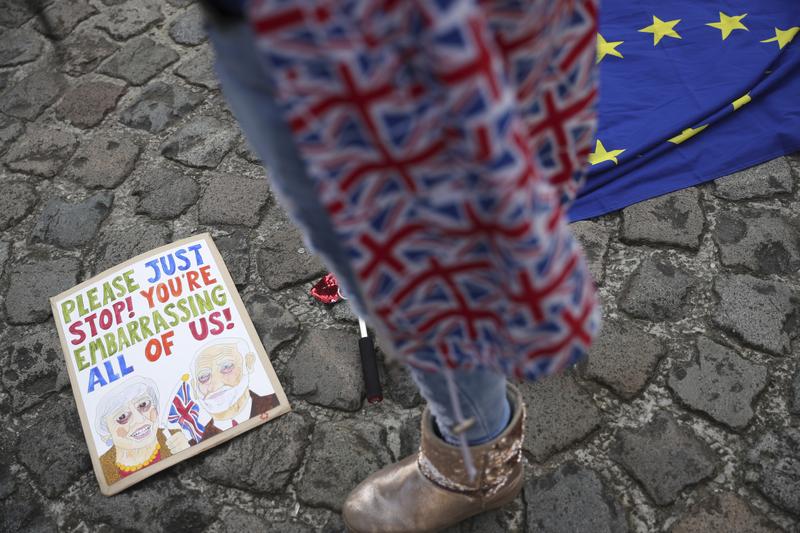 This is the nightmare scenario for many businesses. By stripping the world's fifth largest economy of its complex foreign trade relationships at one stroke, it would spook financial markets and dislocate supply chains across Europe and beyond. The political and social impact is unclear.

No-deal means there would be no transition so the exit would be abrupt. Britain is a member of the World Trade Organization so tariffs and other terms governing its trade with the EU would be set under solely WTO rules.

Goldman puts a 10 percent probability on a no-deal exit.