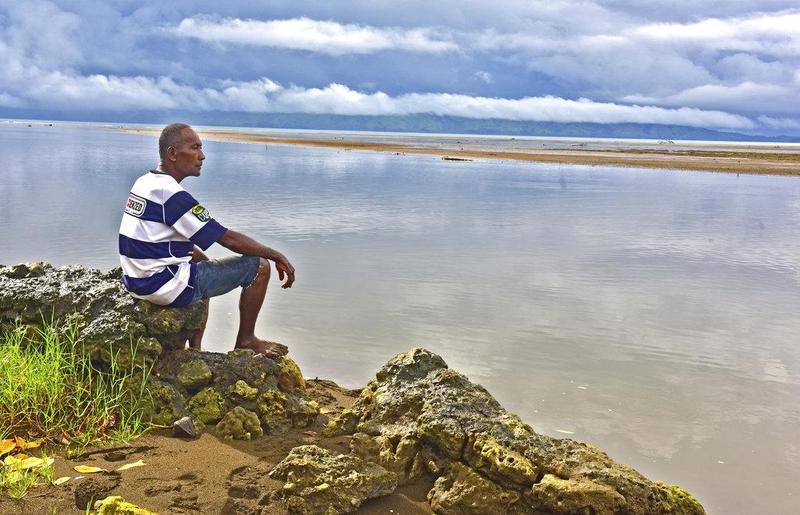 In this Feb 22, 2017 photo provided by the Fiji Government, Sailosi Ramatu looks over the sea at his old village Vunidogoloa in Fiji. (ERONI VALILI / FIJI GOVERNMENT VIA AP)

WELLINGTON, New Zealand — Each time the ocean surged through their coastal Fijian village, residents would use rafts to move from house to house. They watched crops die as saltwater contaminated the soil. Finally, in 2014, the entire village of Vunidogoloa moved inland in what the government described as a pioneering relocation project driven by global warming.

Starting Monday, Fiji will preside over a UN climate change summit in Bonn, Germany. Fiji and other Pacific island nations are particularly vulnerable to rising seas and changing weather and want the world to understand their plight. While Fiji doesn't face an existential threat like some of its Pacific neighbors, it is already battling the effects of climate change.

Sailosi Ramatu, the 57-year-old headman of Vunidogoloa village on Vanua Levu island, said he felt deep sadness the day the 130 villagers had to leave their homes. Most were subsistence fishermen. Some, aged in their 80s and 90s, had lived there their entire lives.

Three years later, Ramatu said moving was their only option. He said their new location means they can now grow crops without fearing they will be destroyed. He said the new village has given the children hope and a chance at a future.

The headman said the 30-minute walk to the old village and the ocean beyond hasn't stopped villagers from continuing their tradition of fishing. 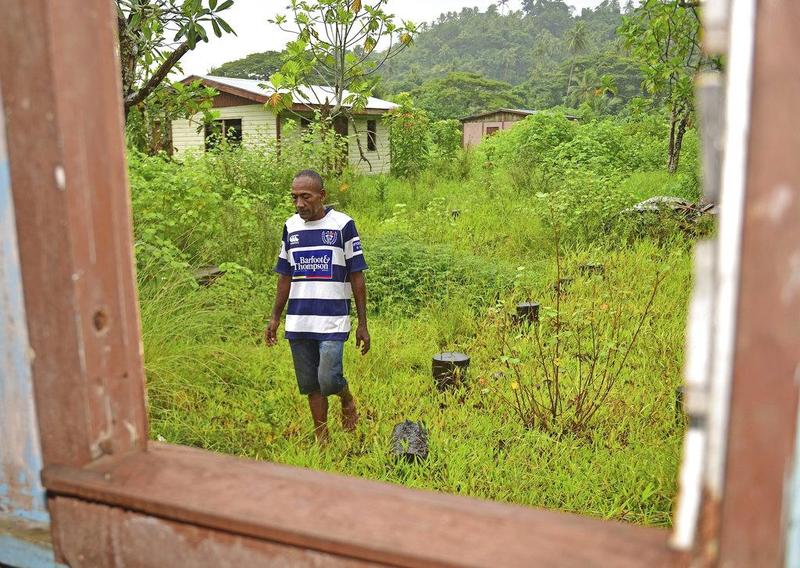 In this Feb 22, 2017 photo provided by the Fiji Government, Sailosi Ramatu walks through the grounds of his old village of Vunidogoloa, in Fiji. (ERONI VALILI / FIJI GOVERNMENT VIA AP)

Government information officer Nemani Turagaiviu said the old village occasionally flooded throughout its history, but the problem got progressively worse after about the year 2000.

He said the village began flooding once a month on every full moon, and would get swamped in storms. He said the government formed a partnership with locals to build the new village, and that other vulnerable villages in Fiji have been moved since.

"All throughout their lives, people had been born and brought up in the old village, and for some people, the move was very difficult to accept," Turagaiviu said. "Since then, life has moved on, and they have adapted."

Ramatu said he now understands the destructive force of climate change. He said he has a simple message for the leaders in Bonn: "We all need help."

The governments, scientists and industry groups gathering in Germany are trying to hammer out technical rules on monitoring emissions, after the historic Paris climate accord to mitigate global warming came into effect last year.

But the accord was dealt a blow this year when President Donald Trump said he'd withdraw the US Other countries have pledged to press on regardless. 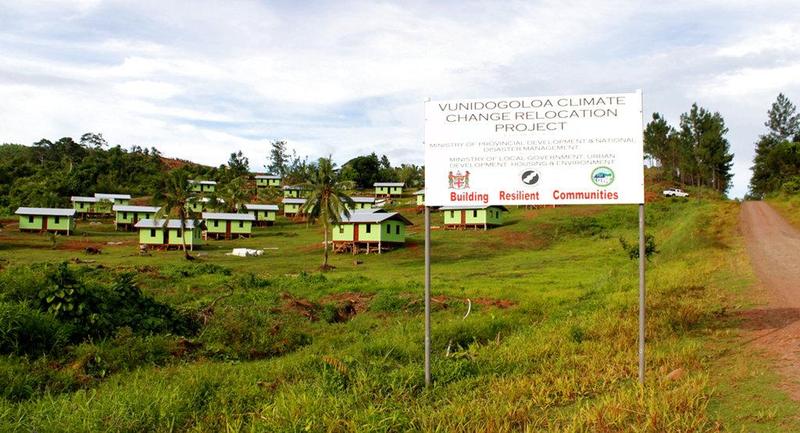 This Jan 1, 2014 photo provided by the Fiji Government shows the site of the relocated village Vunidogoloa in Fiji. (ERONI VALILI / FIJI GOVERNMENT VIA AP)

Fiji's government says it has recorded sea-level rises larger than the global average, making portions of the nation uninhabitable. It says warmer weather is also increasing the susceptibility of its people to outbreaks of viral diseases.

Fijian authorities also expect storms to become more frequent and powerful as the climate changes. Last year, Cyclone Winston ripped through Fiji with winds of up to 285 kilometers per hour, killing 44 people and destroying thousands of homes.

Fijian Prime Minister Voreqe Bainimarama, who will preside over the Bonn summit, has offered to take in the entire populations of neighboring Pacific nations Kiribati and Tuvalu if climate change makes those low-lying countries uninhabitable.

In an address to Fiji's people last week, Bainimarama said he was taking a team of 50 to Bonn and would make sure to stamp the famous Fijian "Bula Spirit" on those attending. Germany says it expects up to 25,000 people at the summit.

Bula is a ubiquitous greeting in Fiji that is often accompanied by a smile. For many, it symbolizes the friendliness of the island nation.

Bainimarama said his team was leaving the Pacific "to embark on the most important mission we have ever undertaken as a nation for the entire world."

READ MORE: A green new deal for China and the world?