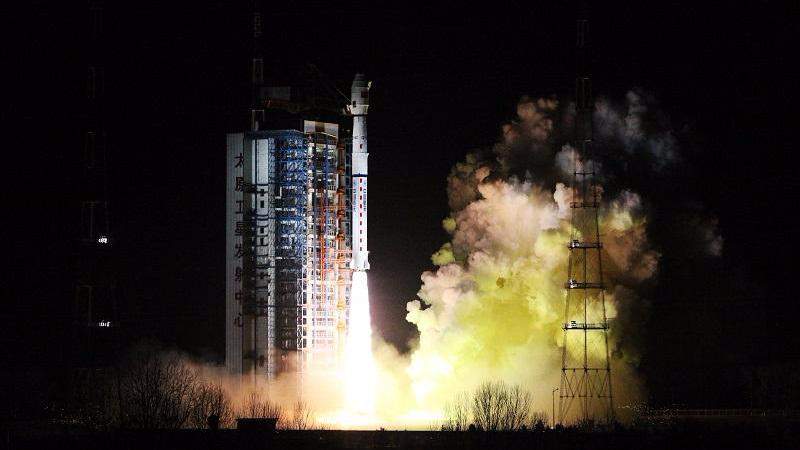 BEIJING - China plans to put four more meteorological satellites into orbit between 2018 and 2021, according to the China Aerospace Science and Technology Corporation (CASTC).

The announcement came Wednesday when China launched a new meteorological satellite, Fengyun-3D, from the Taiyuan Satellite Launch Center in northern Shanxi Province. It was launched at 2:35 am Beijing Time.

As per the plan, four Fengyun-3 satellites — including a morning orbit satellite, an afternoon orbit satellite and a precipitation measuring satellite — will be launched by 2021. They will form a network of low-orbit meteorological satellites to enhance the monitoring of atmospheric humidity and temperature, greenhouse gases, wind fields and precipitation, said Zhou Xubin with the CASTC.

The launch of the satellites will help shorten the interval between world weather forecast updates from the current six hours to four hours, and increase the timeliness of weather disaster monitoring and forecast accuracy, said Zhou.

On Wednesday, a Long March-4C rocket carried Fengyun-3D into space. The satellite has entered its orbit, making it the 16th Fengyun series meteorological satellite successfully launched by China.

Fengyun-3D is one of China's second generation of Polar-Orbiting Meteorological Satellites and a major part of the global space-based meteorological observation system.

The launch was the 254th mission by the Long March rocket series.

Fengyun satellites are a series of remote-sensing meteorological satellites developed by China. Fengyun-1 and Fengyun-3 are polar orbiting weather satellites, while Fengyun-2 and Fengyun-4 operate in geostationary orbit.