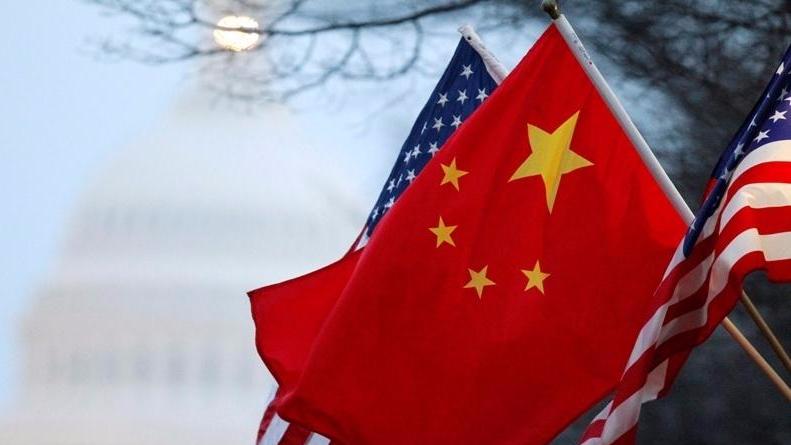 National flags of China and the US fly along Pennsylvania Avenue in Washington, on Jan 18, 2011.(PHOTO / XINHUA)

China on Tuesday published a report on the United States' human rights situation.

The report, titled "Human Rights Record of the United States in 2017," was released by the Information Office of the State Council, China's cabinet, in response to the Country Reports on Human Rights Practices for 2017 issued by the US State Department on April 20.

A chronology of human rights violations by the United States in 2017 was also released by the office Tuesday.

China's report said the United States posed once again as "the guardian of human rights" and a self-styled "human rights judge" while its own human rights record remained tarnished and showed continued deterioration.

The report accused the United States of serious infringement on citizens' civil rights, systematic racial discrimination, severe flaws in American-style democracy, widening rich-poor divide, and discrimination and assault against some specific groups such as women, children and people with disabilities, as well as its continued violations of human rights in other countries.

The report noted that on the evening of Oct 1, 2017, almost 60 people were killed and more than 800 injured in a mass shooting in Las Vegas, the deadliest mass shooting in modern US history.

The report pointed out that American women face obvious discrimination as well as serious threats of sex harassment and infringement, while the poverty, health and safety problems for children in the United States were worrisome.

In October 2017, the scandal erupted concerning American film producer Harvey Weinstein who sexually harassed a number of female stars. The "#MeToo" campaign was initiated on social media platforms to encourage victims to protest against the widespread sex harassment and infringement, receiving active responses from more than 1 million people, according to the report.

It also quoted some reports of polls of American academics saying that the respondents believed that American democracy is "drowning in money."

Race relations in the United States continued to deteriorate in 2017, and racial discrimination exists in law enforcement and judicial organs, the report noted.

Black male offenders received sentences on average of 19.1 percent longer than those of "similarly situated" white male offenders, it said, citing a report of the US Sentencing Commission released in November 2017.

The report also stressed that rich-poor divide expanded in the United States, with an increasing number of homeless people.

Official statistics from the US Census Bureau showed more than 40 million American people were living in poverty. Nearly half of them, 18.5 million, were living in deep poverty.

According to the report, the US-led military operations in other countries have caused heavy civilian casualties. The Guantanamo Bay detention camp continued to detain and torture foreigners. The United States also made cyber warfare tools, hacking and spying on foreign networks.

The US-led coalition and US Marines have reportedly bombed or shelled at least 12 schools, 15 mosques and 15 bridges as well as residential neighborhoods, hospitals, cultural relics and a refugee camp, according to www.motherjones.com.

The Muslim Times website reported on June 24, 2017 that the US military had attacked Syrian government forces "at least four times in recent months," including a missile strike in April against a Syrian airfield. Myles Hoenig, an American political analyst, said the United States was violating the UN Charter by conducting a war of aggression against Syria.