Macron trying to save Iran nuclear deal by July 15 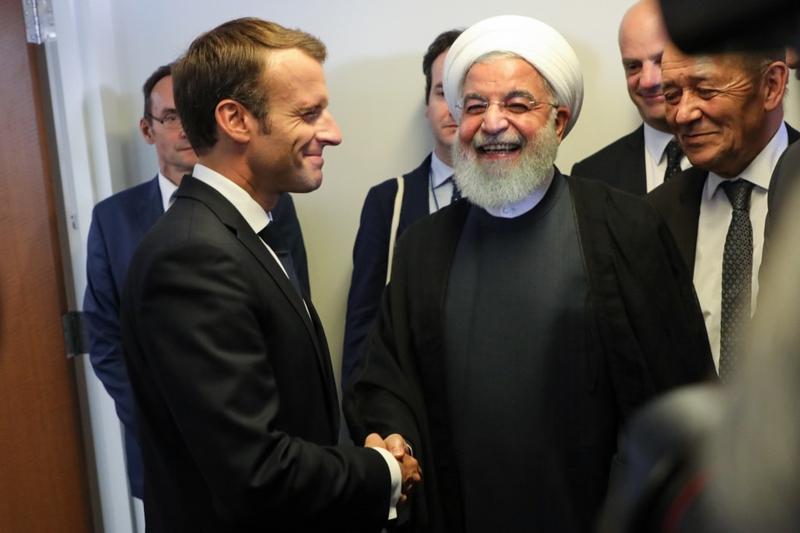 PARIS — French President Emmanuel Macron says he is trying to find a way by July 15 to resume dialogue between Iran and Western partners.

The president recalled his deep concern in the face of the risk of a new weakening of the 2015 nuclear accord, and the consequences that would necessarily follow.

Macron's office said in a statement that the French leader spoke for more than an hour Saturday with Iranian President Hassan Rouhani amid a standoff between Tehran and the United States.

"The president recalled his deep concern in the face of the risk of a new weakening of the 2015 nuclear accord, and the consequences that would necessarily follow," a statement from the French presidency said.

It was unclear exactly what consequences the statement was referring to.

He said they would "explore between now and July 15 conditions for resumed dialogue among all parties."

The statement didn't elaborate and officials at Macron’s office did not respond to requests for clarification.

Europe is struggling to save the 2015 accord after President Donald Trump abandoned it last year.

Iran has set a deadline for Sunday for Europe to offer new terms to the accord, and is threatening to accelerate uranium enrichment.

European diplomats have said that further breaches of the accord could see the European parties to the deal – France, Britain and Germany – trigger a dispute resolution mechanism within the accord that could eventually lead to the reimposition of United Nations sanctions.

Iran's expected announcement comes at a time of sharply increased US-Iranian confrontation, a year after Washington quit the pact and reimposed sanctions that had been lifted under the accord in exchange for Tehran's curbing its nuclear work. 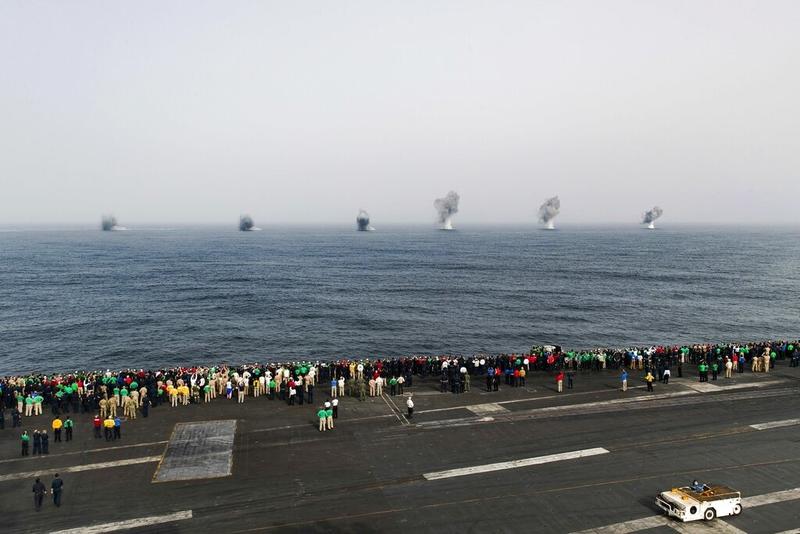 In this July 4, 2019 photo made available by US Navy, two F/A-18 Super Hornets assigned to Carrier Air Wing (CVW 7) drop 1000-pound general-purpose bombs during an Independence Day air power demonstration next to the Nimitz-class aircraft carrier USS Abraham Lincoln in Arabian Sea. The USS Abraham Lincoln was rushed to the Mideast amid tensions between the US and Iran as its 2015 nuclear deal with world powers unravels. (MASS COMMUNICATION SPECIALIST 3RD CLASS DAN SNOW/US NAVY VIA AP)

The Iranians have demanded that the Europeans do more to save the deal by ensuring Iran gains economic benefits, notably badly needed oil revenue, which the United States has in particular targeted.

Keen to leave the door open for dialogue, Macron said that despite the July 7 deadline, he had agreed with Rouhani to explore between now and July 15 conditions to "enable the resumption of dialogue between all parties."

A readout from Rouhani's side did not appear to suggest Iran was ready for such dialogue unless all sanctions imposed on Iran were lifted.

"Lifting all sanctions against Iran can start new dynamics between Tehran and P5+1 countries," Rouhani said, according to Iranian state television.