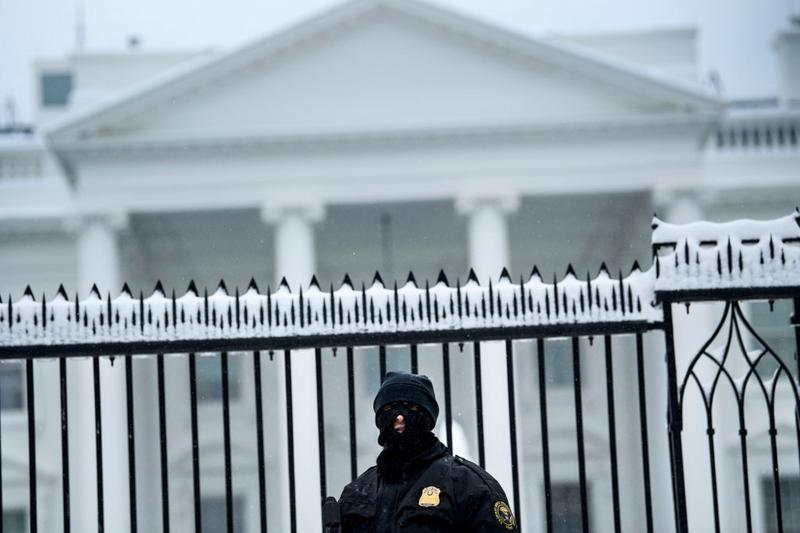 A member of the Secret Service stands guard outside the White House on Jan 13, 2019 in Washington, DC. (BRENDAN SMIALOWSKI / AFP)

WASHINGTON — President Donald Trump's administration has ordered a review of foreign aid that critics fear could lead to sharp cuts in funds for global health, peacekeeping, narcotics control and other programs despite their having been approved by Congress.

The review was disclosed in an administration letter and confirmed by congressional aides.

Members of Congress, including some of Trump's fellow Republicans as well as Democrats, have been pushing back against repeated Trump administration efforts to cut the amount of money Washington spends on foreign aid.

Members of Congress, including some of Trump's fellow Republicans as well as Democrats, have been pushing back against repeated Trump administration efforts to cut the amount of money Washington spends on foreign aid

In April, Republican Senator Lindsey Graham, often a close Trump ally, called the administration's proposal for a 23percent cut in the budget for foreign aid and diplomacy "insane" and said it would not pass.

But the administration has pushed ahead, seeking to pare back funding as the fiscal year nears its end on Sept. 30 by asking for accountings of money that has not yet been spent.

One congressional aide said the amount potentially affected ranged from US$2 billion to US$4 billion.

In a letter seen by Reuters on Tuesday, the White House Office of Management and Budget wrote to the State Department and US Agency for International Development freezing funds Congress had approved for a range of programs until three business days after OMB receives an accounting of any money that has not been spent.

The letter, sent on Saturday, was first reported by the Washington Post.

Scott Paul, a humanitarian policy adviser at Oxfam America urged Congress to resist, saying the administration's action would harm vulnerable people around the globe and make the world less safe.

"Nations must work together to solve the problems they can’t solve alone," Paul said in a statement.