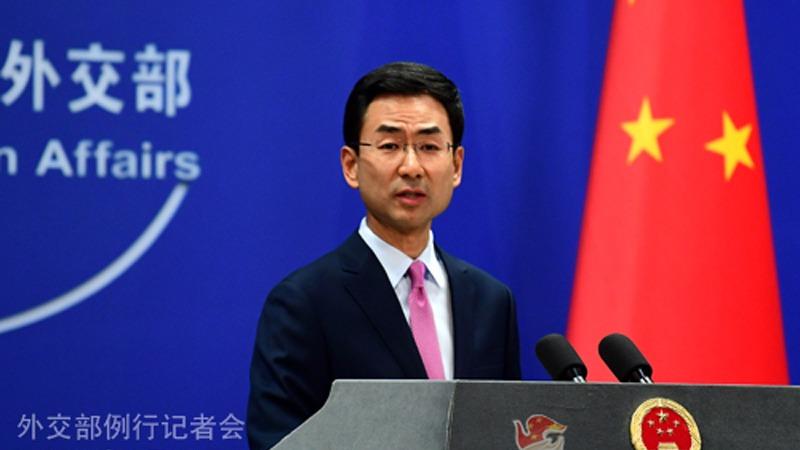 In this July 31, 2018 photo, Geng Shuang, spokesperson for China’s Foreign Ministry, speaks during a news briefing in Beijing. (PHOTO / FMPRC.GOV.CN)

BEIJING - China hopes the Democratic People's Republic of Korea (DPRK) and the United States will cherish the hard-won momentum of dialogue and keep talking until a peaceful denuclearized Korean Peninsula is realized, a foreign ministry spokesperson said Monday.

One shouldn't set the bar too high at the outset or make unilateral, unrealistic demands

Spokesperson Geng Shuang made the remarks at a daily press briefing in response to a question on DPRK Vice-Foreign Minister Choe Son-hui's comment on a briefing held in Pyongyang.

Choe Son Hui said on Friday that the recent summit between the top leader of the DPRK Kim Jong-un and US President Donald Trump failed because the US side lacked sincerity.

"After the Hanoi summit, the DPRK and the US both expressed willingness to continue dialogues," Geng said. "We commend and encourage this."

China always believes that the Korean Peninsula issue can only be solved peacefully through political dialogues, he said.

He added that the key to keeping up and advancing dialogue is to accommodate all parties' legitimate concerns in a balanced way, build up mutual trust and consensus, take phased and synchronized steps, and start with easier moves.

"As the nuclear issue has dragged on for decades and complicated factors are at play, one cannot expect it to be solved overnight. All parties need to have reasonable expectations. One shouldn't set the bar too high at the outset or make unilateral, unrealistic demands," Geng quoted Foreign Minister Wang Yi as saying.

He also said China hoped that the DPRK and the US could seize the opportunity, meet each other halfway, build up mutual trust and consensus, keep communicating until something good comes out of the talks and a peaceful denuclearized Korean Peninsula is realized.

"The international community should encourage both sides to keep moving toward the goal of denuclearizing the Korean Peninsula and establishing a peace regime," Geng said.

China will continue to play a constructive role along with other parties, the spokesperson stressed.