As more are buried, emotional prayer service planned in NZ 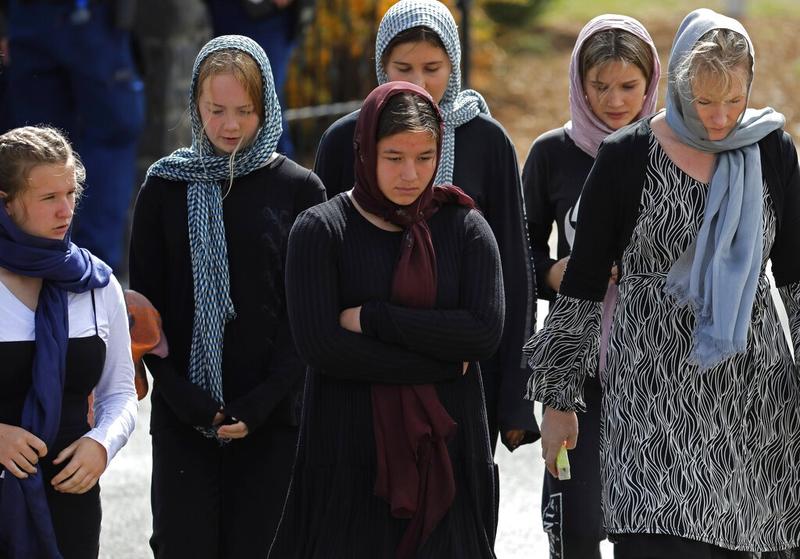 Mourners leave the cemetery after the burial service of the body of a victim of the Friday March 15 mosque shootings at the Memorial Park Cemetery in Christchurch, New Zealand, March 21, 2019. (VINCENT YU / AP)

CHRISTCHURCH, New Zealand — Thousands of people were expected to come together for an emotional Friday prayer service led by the imam of one of the two New Zealand mosques where 50 worshippers were killed in a white supremacist attack.

Six funerals took place Thursday, including for a teenager, a youth soccer coach and a Muslim convert who loved connecting with other women at the mosque.

Six funerals took place Thursday, including for a teenager, a youth soccer coach and a Muslim convert who loved connecting with other women at the mosque

Imam Gamal Fouda said he is expecting 3,000 to 4,000 people at Friday's prayer service, including many who have come from abroad to be with members of Christchurch's Muslim community and to attend funerals.

Fouda said he has been discussing plans for the prayer with city officials and lawmakers and expects it will take place in Hagley Park, a city landmark across from Al Noor mosque, where at least 42 people were killed. Members of the Linwood mosque, where the gunman killed at least seven people, also would attend the joint prayer, he said.

Al Noor workers have been trying feverishly to repair the destruction at the mosque, Fouda said.

"They will bury the carpet," he said. "Because it is full of blood, and it's contaminated."

Fouda said that he expects the mosque to be ready to open again by next week and that some skilled workers had offered their services for free.

"The support we have been getting from New Zealand and the community has been amazing," he said.

During Friday prayers last week, Fouda had just finished the Khutbah, a sermon delivered in Arabic, and was translating it into English in when the gunman burst into the mosque and methodically gunned down worshippers.

Fouda said his sermon had been about cooperating with each other, doing good and stopping evil. 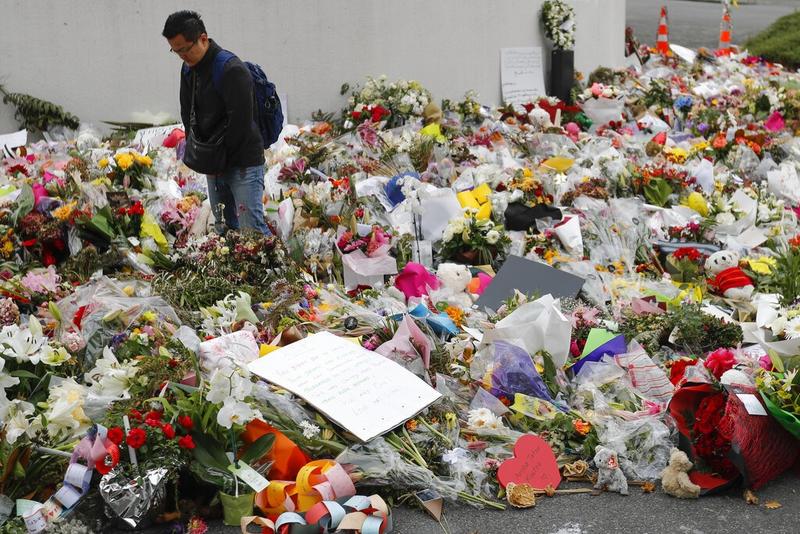 Six funerals took place Thursday. Among those buried were 14-year-old Sayyad Ahmad Milne, a Cashmere High School student known as an outgoing boy and the school's futsal goalkeeper; and Tariq Rashid Omar, 24, a recent graduate of the school and beloved soccer coach of several youth teams. He also played during the summer.

In a post on Facebook, Christchurch United Football Club Academy Director Colin Williamson described Omar as "a beautiful human being with a tremendous heart and love for coaching."

Linda Armstrong, 64, a third-generation New Zealander who converted to Islam in her 50s, was also buried, as were Hussein Mohamed Khalil Moustafa, 70, Matiullah Safi, 55, and Haji Mohammed Daoud Nabi.

Families of those killed had been awaiting word on when they could bury their loved ones. Police Commissioner Mike Bush said authorities have formally identified and released the remains of 21 victims. Islamic tradition calls for bodies to be cleansed and buried as soon as possible.

Police said Wednesday that they believe the gunman was on his way to a third mosque when officers ran him off the road and arrested him. Australian Brenton Harrison Tarrant livestreamed the attack on Facebook and said in his manifesto he planned to attack three mosques.

Tarrant, 28, has been charged with murder and is next scheduled to appear in court on April 5. Police have said they are certain Tarrant was the only gunman but are still investigating whether he had support.

Ardern has said changes to New Zealand's gun laws would be announced next week and an inquiry would look into intelligence and security services' failures to detect the risk from the attacker or his plans.

New Zealand's international spy agency, the Government Communications Security Bureau, confirmed it had not received any relevant information or intelligence before the shootings.