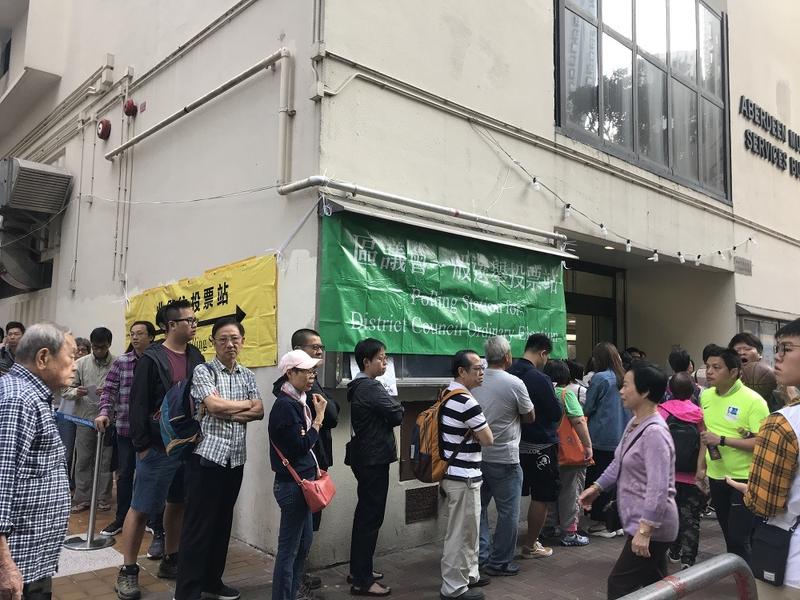 Voters queue up to enter a polling station at Aberdeen Sports Centre in Aberdeen, Hong Kong, in the morning of Nov 24, 2019. (PHOTO / CHINA DAILY)

HONG KONG - Hong Kong's district council election had a record voter turnout with the number of people casting their votes surpassing the 2015 election count within six hours of polling starting Sunday. In fact, nearly a quarter of the electorate had cast its vote within the first four hours.

Polling opened for 15 hours at 7:30 am. The Electoral Affairs Commission (EAC) notified in a press release that the polling hours for ordinary polling stations are from 7:30 am to 10:30 pm Sunday.

China Daily reporters witnessed long queues of voters outside most polling stations in the city.

ECA chairman Barnabas Fung Wah appealed to voters to patiently await their turns after he witnessed long queues outside multiple polling stations. Fung said any voter queueing up before the end of polling hours at 10:30 pm will be eligible to vote.

With the election progressing peacefully and in an orderly manner, registered voters turned out in strength. By 9:30 am, 430,446 people or 10.41 percent of the electorate had voted. 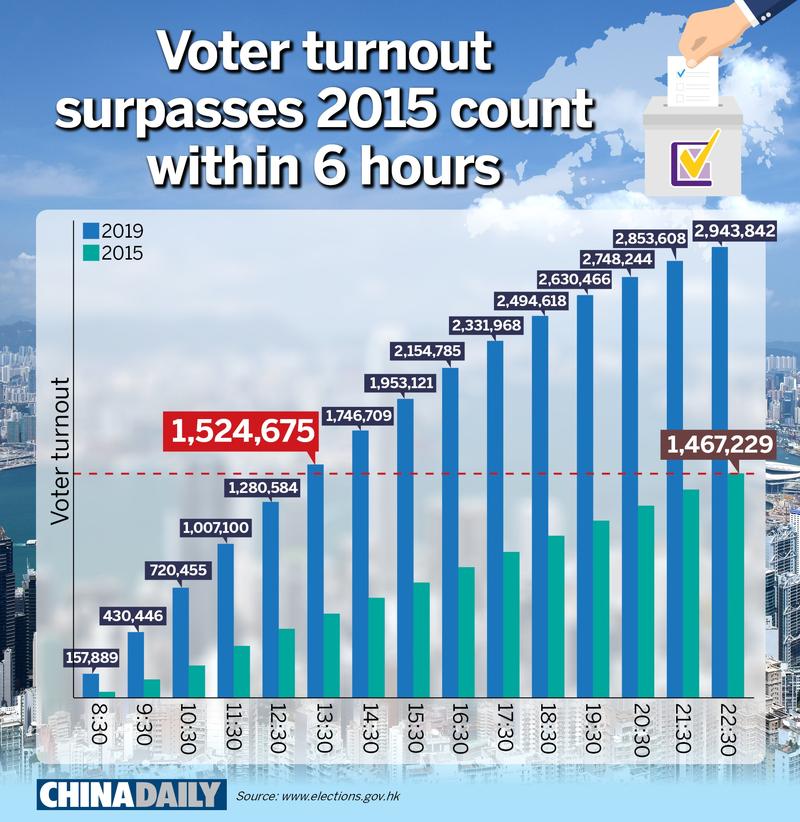 This is even more significant considering that in 2015, at the close of polling, 1,467,229 people had voted. On Sunday, Hong Kong crossed the million mark before mid-day.

Legislator Priscilla Leung Mei-fun said the high turnout was expected. Clashes and disputes in recent months have prompted Hong Kong voters people to come out in force.  "However, we have seen cases of unfair campaigning all this time and some disruption to voting today. I call on our citizens not to be afraid to come out and vote in support of those against violence. In addition, the government should promptly handle complaints of interference to ensure the safety of voters and the fairness of the election."

Peter Bentley, a Hong Kong permanent resident of British origin, told China Daily that he is happy that a growing number of local citizens, many of them first-time voters, had voted against violence with their ballots.