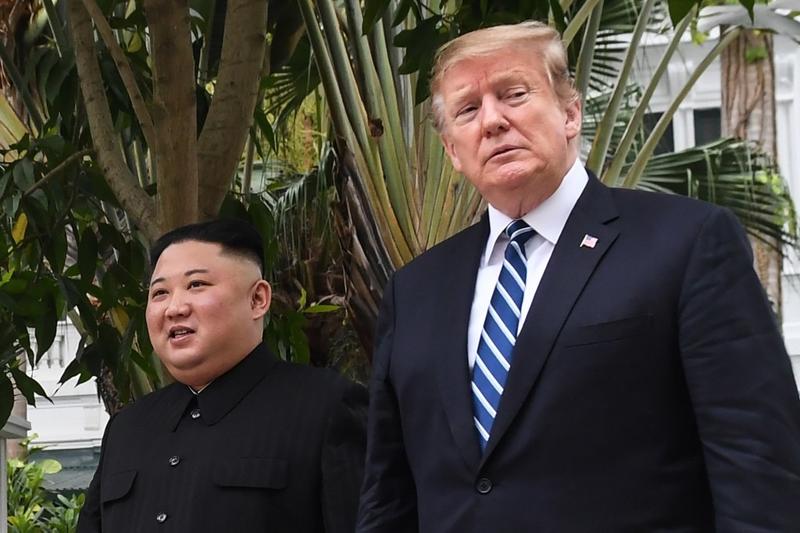 US President Donald Trump (right) walks with DPRK's leader Kim Jong-un during a break in talks at the second US-DPRK summit at the Sofitel Legend Metropole hotel in Hanoi on Feb 28, 2019. (SAUL LOEB / AFP)

WASHINGTON - US President Donald Trump on Saturday expressed "confidence" in an ultimate "deal" with the Democratic People's Republic of Korea, despite reports that Pyongyang fired projectiles.

Trump tweeted on Saturday morning that "anything in this very interesting world is possible...Deal will happen!"

Trump tweeted on Saturday morning that "anything in this very interesting world is possible...Deal will happen!"

The Republic of Korea's Joint Chiefs of Staff said earlier that the DPRK has fired unidentified short-range projectiles off its east coast.

In a short statement, White House spokesperson Sarah Huckabee Sanders said that "We will continue to monitor as necessary."

For its part, the ROK's presidential Blue House has expressed great concern over the DPRK's firing of projectiles, saying they escalated tensions on the Korean Peninsula.

The US State Department said on Friday that US Special Representative for the DPRK Stephen Biegun "will travel to Tokyo May 7-8 and Seoul May 9-10 to meet with Japanese and ROK officials to discuss efforts to advance the final, fully verified denuclearization of North Korea."

The second summit between Trump and top DPRK leader Kim Jong-un in late February failed to reach a deal on the denuclearization of the Korean Peninsula.

"When the time comes, we will put it into practice. But this is possible only under the condition that the US changes their current method of calculation and formulates a new stand," Choe said.

"We could wait until the end of this year to see whether the US makes a courageous decision," Choe said.