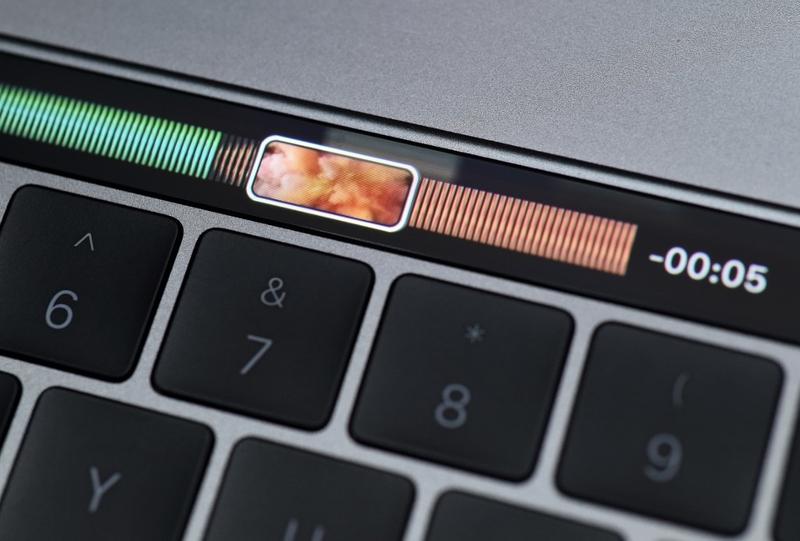 The Touch Bar is seen on a new MacBook Pro during a product launch event at Apple headquarters in Cupertino, California on Oct 27, 2016.  (JOSH EDELSON / AFP）

SAN FRANCISCO — Apple Inc said Thursday it is launching a "voluntary" recall of some of its older generation of 15-inch MacBook Pro laptops out of concerns about a possible overheating of batteries.

Users eligible for the program will have their MacBooks' batteries replaced for free, but the warranty of the laptops would not be extended

Apple said the affected MacBook Pro units contain batteries that "may overheat and pose a fire safety risk," and the recall applies to products sold primarily between September 2015 and February 2017.

Users eligible for the program will have their MacBooks' batteries replaced for free, but the warranty of the laptops would not be extended in connection with the battery replacement, said Apple.

"Customer safety is always Apple's top priority, and we have voluntarily decided to replace affected batteries, free of charge," the California-based company added.

The US tech giant said the recall does not affect any other 15-inch MacBook Pro units or other Mac notebooks, except a "limited number" of the mid-2015 model with a Retina 15-inch screen.

Apple sold about 18 million units of Mac computers in 2018.

Last April, the company issued a similar recall for some 13-inch MacBook Pros over problems related to battery expansion, which, however, were not considered a safety concern.