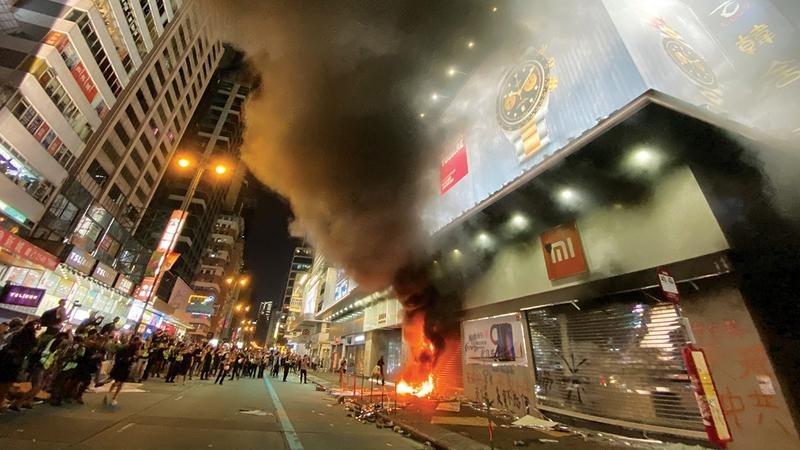 HONG KONG — The government of the Hong Kong Special Administrative Region (HKSAR) said Wednesday that it will provide a one-off extra allowance to working families and individuals to ease their financial burdens amid prolonged unrest.

The package also included providing subsidies to groups such as students, senior citizens and the disabled

This is part of the package to support enterprises, safeguard employment and relieve people's burden announced by the HKSAR government earlier in August.

Recipients of the HKSAR's Working Family Allowance and Individual-based Work Incentive Transport Subsidy will receive an extra allowance equal to their recent average monthly subsidy, according to the HKSAR government.

The HKSAR government announced in August a 19.1-billion-HK dollars (about US$2.4 billion) package to support enterprises and relieve people's financial burden as months of unrest and violence began dragging down Hong Kong's economy.

The package also included providing subsidies to groups such as students, senior citizens and the disabled, as well as waiving certain government fees and charges for 12 months on small and medium enterprises.

Hong Kong's GDP contracted 2.9 percent year on year in the third quarter, sharply down from a 0.4-percent growth in the second quarter. Following the downward trajectory, the seasonally adjusted unemployment rate in August-October increased to 3.1 percent, official data showed.