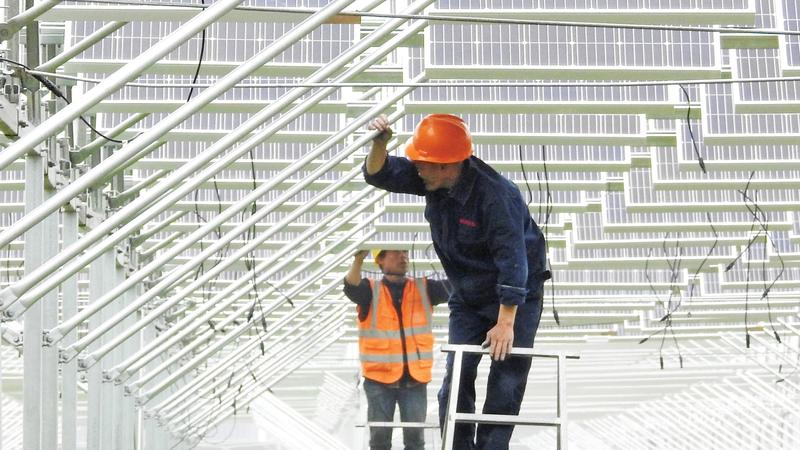 The concept of sustainable investment is catching on with Asian investors. They increasingly understand that making decisions in a holistic way will bring better long-term outcomes.

“While parts of Asia still lag behind Europe and North America, Asian investors are gradually embracing the idea that ESG (environmental, social and governance) strategies can be an effective way to better manage portfolio risks,” said Fiona Reynolds, CEO of the United Nations-supported Principles for Responsible Investment (PRI) initiative.

ESG serves as an important criterion in the decision-making process for sustainable and responsible investment. This is based on the premise that ESG factors can affect a company’s performance and market value and therefore its returns.

“Looking at ESG is particularly important for evaluating portfolio risks, as well as to identify new opportunities,” said Reynolds, who thinks issues such as climate change, child labor, supply chain risk, modern slavery and tax avoidance are prompting both investors and corporates to focus more on ESG criteria.

“The (Asian) region has made strides in recent years,” said Reynolds, giving as examples the disclosure requirements on sustainability before public listing in China’s Hong Kong Special Administrative Region and Malaysia.

Japan has been the fastest growing region globally for ESG investments, up from US$7 billion in 2014 to US$474 billion in 2016, with the support of the government. Even so, the report by GSIA showed that Asia (including Japan) only accounts for around 2.3 percent of global sustainable assets under management.

Noting that the development of ESG investment in some Asian countries is mainly driven by the government, Pierre Rousseau, BNP Paribas’ senior strategic adviser on sustainable business, said the region can also learn from Australia. Led by asset owners, around 44 percent of assets are managed under sustainable investment in the island continent.

“The people today in Asia are demanding more and more products about sustainability,” said Rousseau, seeing growing interest in green investment from its clients.

BNP Paribas Group invested a total of 5.3 billion euros (US$6.2 billion) in green bonds in 2017. In collaboration with the United Nations Environment Programme, the bank aims to achieve US$10 billion in capital funding by 2025 for projects with a measurable environmental and social impact.

In Asia, investors from the Chinese mainland, Hong Kong, Singapore and India are looking to increase the proportion of sustainable investment in their portfolios from 17 percent to an average of 19 percent by 2021, according to Standard Chartered Private Bank’s Asia Sustainable Investing Review 2018. Among them, Chinese investors lead the way with an expected allocation of 23 percent.

Though the rising recognition of sustainable investment is still in the education phase, Rousseau said there has already been high investor demand across diverse products, which will ultimately pressure corporates to grow the market.

A case in point is Ant Financial Services Group, the company behind the popular payment app Alipay, which launched a program called Ant Forest within the app in August 2016. When users take low-carbon actions such as walking or paying bills online, the app rewards them with virtual energy to plant virtual trees on their phone, while a real tree will be planted by Ant Forest.

With 280 million regular users by the end of last year, over 13 million trees have been planted, covering more than 12,600 hectares of land.

Another recent example is Apple’s July 13 announcement of the launch of a US$300 million clean energy fund in China to connect suppliers with renewable energy sources.

“The most important thing will be continuing to make good returns, because that is not only the purpose of investing, but also a way to measure the impact of the investment,” said Rousseau, adding that there are already many existing records that can prove the returns on sustainable investment.

For example, the S&P New China Sectors Index gained around 48 percent in the first 10 months of 2017, outperforming the Hang Seng China Enterprises Index (HSCEI) by more than 20 percent over the same period, according to BNP Paribas’ Green China white paper.

The HSCEI is mainly focused on industrial companies and State-owned banks, while the S&P New China Sectors Index comprises a selection of Chinese companies in new sectors such as technology, consumer and healthcare.

A 2015 study by Morgan Stanley on over 10,000 funds and managed accounts found that investing in sustainability has usually met, and often exceeded, the performance of comparable traditional investments.

“ESG screening is an extension of the traditional investment process rather than an alternative,” said Sau Kwan, president of E Fund Management. Based in Guangzhou in South China’s Guangdong province, it is one of the country’s largest mutual fund managers.

China opened its green bond market as one of Beijing’s responses to the 2015 Paris Climate Conference and, as of January this year, 286 green bonds had been issued by Chinese institutions, with a total value of 551 billion yuan (US$80.8 billion), according to Economic Information Daily. It cited data from Wind, a Shanghai-based financial information services provider.

Along with its recent announcement about the co-development of a new environmental China A-share index-based strategy with US-based State Street Global Advisors, E Fund Management is also working with some universities in China and Europe to promote technology and academic cooperation in ESG-related areas.

Rousseau from BNP Paribas also looks forward to bringing more projects and creating new products in this field in China, widening the scope of sustainable investment in the world’s second largest economy.

Having been granted a Qualified Domestic Limited Partnership (QDLP) quota in May, BNP Paribas Asset Management will be the first global fund manager to offer an ESG-related product to onshore clients. QDLP, a program launched in Shanghai in 2013, allows high-net-worth Chinese individuals to invest overseas through qualified domestic institutions.

Despite the opportunities, Reynolds from PRI said ESG investment is still viewed in many Asian countries as a luxury rather than a must-have. Kwan from E Fund agreed that adopting ESG investment can be challenging due to its complexity, as it involves detailed scoring and weighting systems.

Reynolds thinks that a key first step applicable to investors in Asia and beyond is to get senior management to buy into the benefits of integrating ESG factors into investment processes.

Reynolds said the China-led Belt and Road Initiative can also provide a platform for the delivery of green finance. The Asian Development Bank projected that Asia needed as much as US$26 trillion in infrastructure investment from 2016 to 2030.

“Green finance will play a key role in addressing the environmental impact of the Belt and Road Initiative, a huge undertaking which involves 65 countries and almost two-thirds of the world’s population,” said Reynolds.

“An initiative of this size and scale will present numerous challenges and opportunities, including raising capital, managing risk and ensuring that clear standards and principles are upheld.

“It will be impossible for China to meet this target on their own, which means they will need to work with the international finance community to encourage private investment in the initiative,” said Reynolds.