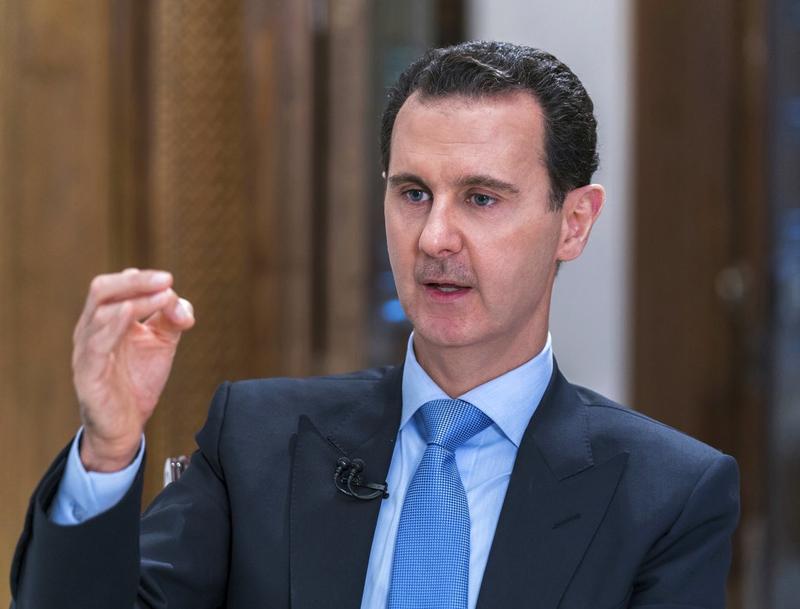 DAMASCUS - Syrian President Bashar al-Assad said in an interview published on Sunday that the war in Syria is not a civil war, but an international one.

When you talk about interests, you find that this battle is between the (major) powers, between the United States and its Western allies ... and the Russian side and its allies

Speaking in an interview with the Russian NTV, whose content was carried by state news agency SANA, Assad said the US attempted to redraw the political, and "possibly" the military map of the world.

He said Syria was one of the main battlefields, at least in the Middle East, for the United States to draw the new map of the world, noting that talking with the United States is now of no avail and a mere "waste of time."

Assad noted that the international battle is between the forces, which support terrorism, and others who want peace.

"When you talk about interests, you find that this battle is between the (major) powers, between the United States and its Western allies, who support the terrorists to achieve their hegemony, and the Russian side and its allies, whose goal is to fight terrorism and restore international law," Assad said.

The president also said the military and political presence of Russia in Syria is important to achieve the international balance.

He said his country expects Russia to keep on fighting terrorism and preserve the international balance.

On the domestic level, Assad said the political solution for the Syrian crisis will completely be a Syrian one, adding that any constitutional reform in Syria should take place through a national referendum in accordance with the will of the Syrians. 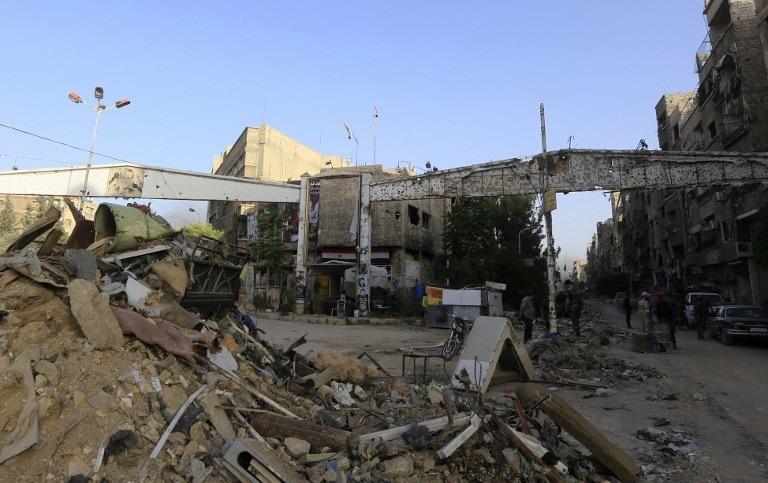 A general view shows destruction on Yarmuk Street (right) and Palestine street (left) at the entrance of the Palestinian camp of Yarmuk on the southern outskirts of Damascus on May 21, 2018, after the Syrian army announced it was in complete control of the capital and its outskirts for the first time since 2012, following the ousting of the Islamic State group from a last pocket of resistance. (LOUAI BESHARA / AFP)

SYRIAN ARMY RECAPTURES AREAS FROM IS NEAR IRAQI BORDER

Also on Sunday, the Syrian army said in a statement released that they have recently recaptured an estimated 1,800 square km of areas from the Islamic State (IS) in eastern Syria near the Iraqi border.

The statement read that the Syrian army and its allies have carried out a precise military operation against the IS-held pockets in the eastern province of Deir al-Zour.

The captured areas are in the eastern countryside of Deir al-Zour west of the city of al-Bukamal near the Iraqi border, according to the report.

This is part of the wide-scale military offensive by the Syrian army in the Syrian desert region in eastern Syria, where the army captured large swathes of territories in recent days.

On June 20, local media said the Syrian army wrested control over 4,500 square km of areas after battles with the IS in the countryside of Deir al-Zour, the central province of Homs and the south of the capital Damascus.

Most of the recaptured areas are in the Syrian desert, where the IS controls several pockets.

The military operation is part of the Syrian army's resolve to eliminate the threat of the IS and secure more areas near the Syrian-Iraqi border.

The IS has lost control of key areas last year to the Syrian army and the US-backed Syrian Democratic Forces in the northern province of Raqqa and Deir al-Zour.