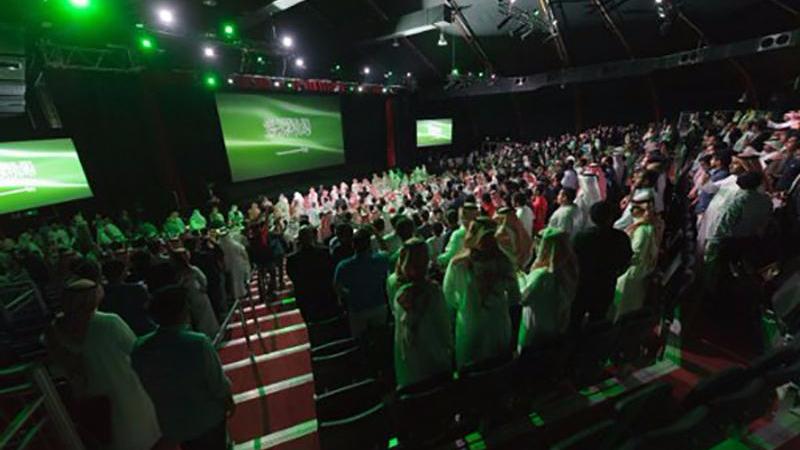 The kingdom had some cinemas in the 1970s but the clerical establishment persuaded the authorities to close them,reflecting rising Islamist influence throughout the Arab regionat the time.

Cinemas are still banned. And while concerts have started tobe held this year, they remain frowned on by clerics.

But the government has promised a shake-up of the culturalscene with a set of "Vision 2030" reforms announced by Deputy Crown Prince Mohammed bin Salman bin Abdulaziz last year, aimedat creating jobs and opening up Saudis' cloistered lifestyles.

The changes are also intended to capture up to a quarter of the US$20 billion currently spent overseas by Saudis, who areaccustomed to travelling abroad to see shows and visit amusement parks in nearby tourist hub Dubai or further afield.

In a Reuters interview, Ahmed al-Khatib, chairman of the General Entertainment Authority (GEA), said conservatives whocriticized the reforms were gradually learning that most Saudis,a majority of whom are under 30, wanted these changes.

His goal was to create entertainment that "will be like 99percent of what is going on in London and New York," although henoted that after decades of cultural conservatism such changecould not be rapid.

"I believe we are winning the argument," he said. A few Saudis were liberal, a few conservative, but "the majority are moderate."

"They travel, they go to cinemas, they go to concerts. I amcounting on the middle segment, which is about 80 pct of the population," he said. Conservatives, he added, could simply opt to stay at home if they did not care for the events.

In large part, the kingdom's entertainment plans are motivated by economics. With oil prices low, authorities have embarked on an ambitious reform programme to diversify the economy and create whole new sectors to employ young Saudis.

The government has commissioned the Boston Consulting Groupto identify venues like parks and theatres for the kingdom todevelop through a mix of government funding and private sectorinvestment.

Khateeb said the GEA’s activities have created 20,000 jobs so far after only seven months, and can surpass targets set outlast year in the Vision 2030. He predicts the share of Saudispending on entertainment will triple to 8 or 9 percent by 2030.

The kingdom's most ambitious leisure project to date is agiant entertainment city being planned for outside the capital Riyadh, which would aim to draw regional visitors with resorts,golf courses, car racing tracks and a Six Flags theme park.

"Our start is very encouraging. Every event is sold out," he said, noting that 10,000 more people than could be accommodated showed up for Comic-Con, a comic book convention held in Jeddahin February.

"The demand is massive. And it is normal – the demographic is young in Saudi Arabia and we have a higher disposable income than other countries."

But Comic-Con also spurred the most public challenge to theentertainment agenda thus far, drawing rebuke from thousands of conservatives - including the imams of prominent mosques - aftervideo emerged of men and women dancing at the event.

Such conservatism was not always the way in Saudi Arabia,said Khatib, but would take time to change after it had been nurtured over the course of several decades.

Cinemas, a particular flashpoint, were not on the agenda inthe short term, but would come Saudi Arabia eventually, he said.