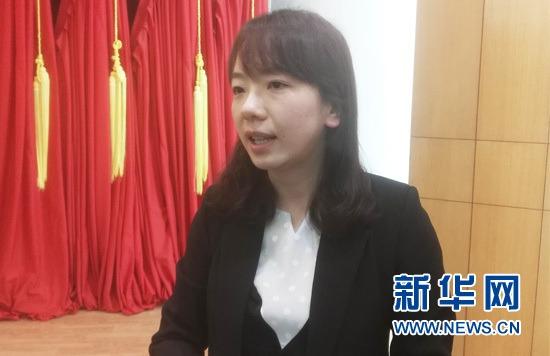 Xu Ying, researcher of Institute of Optics and Electronics, Chinese Academy of Sciences, during an interview with Xinhua News Agency in Guangzhou, on Nov 14, 2016. (PHOTO / XINHUA) (PHOTO / XINHUA)

Named after the Chinese term for the Big Dipper constellation, BeiDou is one of the four space-based navigation networks operating globally, along with the US GPS system, Russia's GLONASS and the European Union's Galileo.

Born in southwest China's Sichuan province, Xu went to school at age 4 and on to university in Beijing at 16. Her interests from an early age lay in science, especially physics.

"I enjoy the process of finding and solving problems, which gives me a sense of accomplishment," said Xu.

In 2006, she participated in the application research of the BeiDou-2 satellites. Three years later, after postgraduate study, she was working at the Chinese Academy of Sciences. In 2015, at age 32, Xu was the academy's youngest doctoral supervisor.

Many see her as a genius, but Xu sees herself as a young researcher and a normal woman who likes "eating snacks and shopping to disengage from work and release stress."

Many see her as a genius, but Xu sees herself as a young researcher and a normal woman who likes "eating snacks and shopping to disengage from work and release stress."

Once asked whether women are suited to scientific research, Xu replied, "Judging by gender is no different to judging by star sign. It is not scientific at all!"

Her fame went stellar after a public lecture in 2016.

At that time, the second-generation BeiDou system was complete, with the networking of 14 navigation satellites, offering positioning, velocity measurement, timing, and communication services to the Asia-Pacific region.

To help public understanding of the BeiDou system and its development, Xu drew amusing analogies in her lecture.

BeiDou satellites can provide short message services to millions of subscribers. "You all probably know the story of Robinson Crusoe," said Xu. "Let's imagine a man washed ashore on a remote desert island. If he had GPS, he would only know where he was, but could not call for rescue, so he would still have to struggle in the wild. 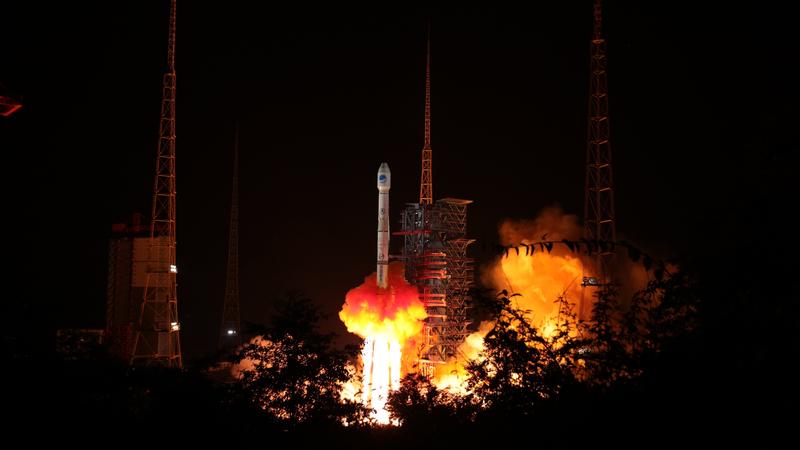 "But if he had a BeiDou receiver, the situation would be completely different. It would tell him where he was and send messages and his position to people hundreds or even thousands of miles away," she said.

She recalled a tense moment at the first BeiDou satellite launch, when a sudden equipment failure was solved just four minutes before liftoff. She described how the ninth satellite launched during a thunderstorm, adding it successfully avoided colliding with lightning. She presented applications to track wild animals, control forest fires, and search for ships in trouble.

She can explain esoteric research in language people understand, said science writer Wang Dapeng. "She is a rare young scientist who has made outstanding achievements in both research and science popularization."

In 2011, a popular rumor had it that a college student had broken the codes of the BeiDou system, suggesting its precision and reliability were inferior to those of foreign rivals.

Xu pointed out that BeiDou provided signals for both civilian and military users, but the student only cracked the civilian codes, which were not actually encrypted and posed no risk to the system.

Like GPS and GLONASS, BeiDou has a free civilian service and there are no special civilian codes, Xu said. "We hope the BeiDou system can be used by people around the world."

She had a message for anyone wanting to crack BeiDou's military codes.

"Make a time-travel machine that can take you back to the day we designed the military codes, and then stand by and eavesdrop. Technically, making a time machine would be easier than breaking the codes."

Xu's frank, witty, and well-founded explanations have attracted millions of hits and reposts on China's social media, where she is known as "BeiDou Goddess." The Communist Party flagship newspaper, the People's Daily, commented that "science popularization needs more Xu Yings."

The newspaper said her speech was a "wonderful experience" and should be a lesson for other scientists.

Since then, Xu has been a regular public speaker, frequenting science TV programs and lectures. Last year, BeiDou started to provide global services, and her audience took in more scientists from other countries.

Xu has been named an Ambassador for China's Scientific Communication by the China Association for Science and Technology, along with the chief scientist of China's lunar exploration plan, Ouyang Ziyuan, and the first Chinese astronaut in space, Yang Liwei.

China will launch 10 BeiDou satellites this year and complete the global network by 2020.

Xu is busier than ever, but still promotes science publicly. She believes scientists have a duty to share their research with the public.