By Zhang Li in Nanning 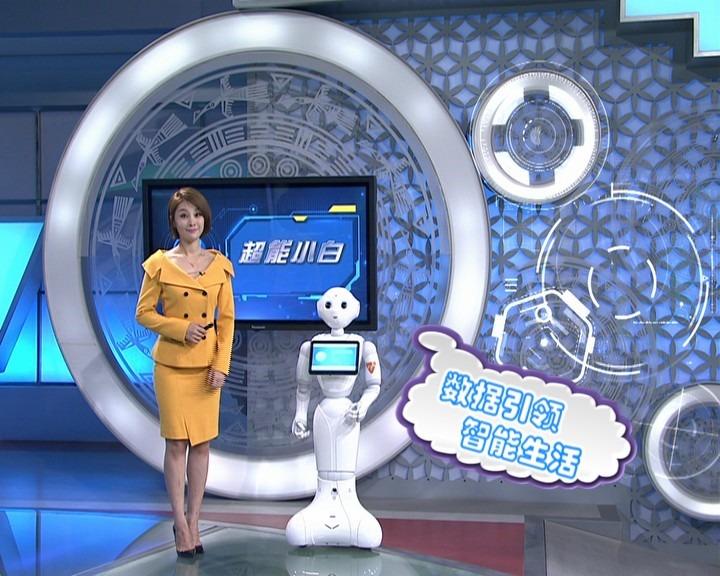 A TV show with a robot host was broadcast for the first time in Nanning, Guangxi Zhuang autonomous region, on Wednesday.

Working with an anchorwoman, the 1.21-meter-tall, 29 kilogram white robot named "Chao Neng Xiao Bai" answered its colleague's questions smartly in the first episode, which had a typhoon theme.

The show aims to provide a reference that will serve people's daily lives by analyzing related data, which is the robot's specialty

"Can you find the earliest record of a typhoon forecast in Chinese history?" asked the woman, Xiao Qu.

"I need to check", replied the robot, then said "it was first mentioned in the book Lyushi Chunqiu, written in 239 BC."

The program, also called Chao Neng Xiao Bai, was developed by Nanning TV Station. It is set to be broadcast on the news channel of Nanning TV at 6:10 pm from Monday to Saturday. Each episode lasts 15 minutes.

People can also watch it through the Nanning News app.

"The show aims to provide a reference that will serve people's daily lives by analyzing related data, which is the robot's specialty," said the show's producer Seng Xiaoling.

She said Chao Neng Xiao Bai is a custom-made robot, with two modes. In one it surfs the internet, looking for the answers to questions.

The other is the studio mode, with specially designed software carrying the information the show needs installed in advance. It can not only react correctly but also make facetious remarks during the recording of the show.

"The robot was made in Japan and we work with software developers to design the database and with a data company to analyze it," Seng said.

She is seeking cooperation with government authorities such as the transport and weather bureaus in order to get the latest data.

Apart from hosting the show, Chao Neng Xiao Bai can also talk and dance with people. It can perform for eight to 12 hours on a single four-hour charge.

"You may often see a robot working as a waiter or deliverer, but you can hardly ever see one as an anchor, so it's a bold attempt nationwide," said Yang Jie, deputy director of Nanning TV Station.

With the development of multimedia technology, traditional media like newspapers and TV are facing great challenges, with people able to obtain information anywhere, anytime.

"But we are not losing the ability to produce more reliable and instructive information, so what we need to do is to find a more creative way to display it and that's why we decided to introduce artificial intelligence into the production of a TV program," Yang said.

Yang said there are plans for the robot to interact more with people in its "spare" time. It may show up in a pub, watching the 2018 FIFA World Cup with football fans, or be rented out as company for children.

"Our final goal is to bring the advanced technology to entertain people and finally serve people," Yang said. "I believe this is where the media's value lies."