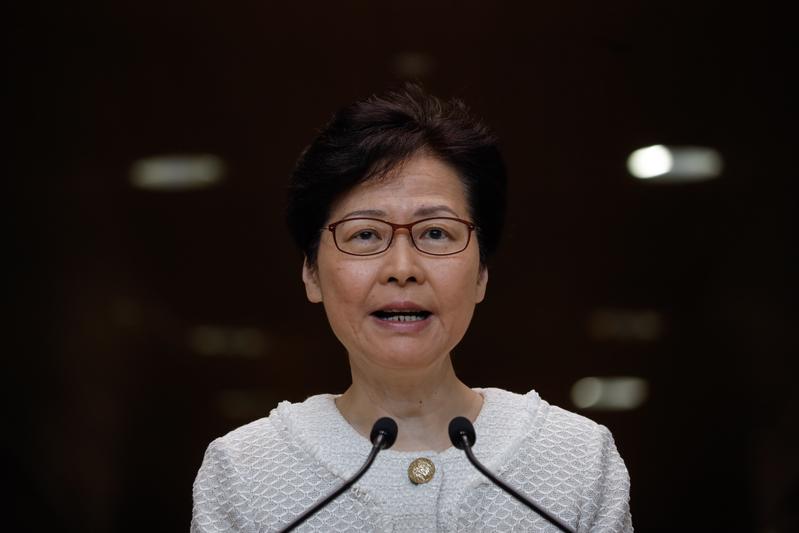 Stressing that the government was resolute in its attempts to build a platform for dialogue, CE Carrie Lam said an escalation of violence cannot solve social issues

Speaking to reporters ahead of the weekly Executive Council meeting, Lam said the damage that sustained violence was doing to the city was apparant to all and condemned the volley of fake news that inundated social media, presenting a distorted account of developments. To deal with fake news, rumors and speculation circulating on social media, Lam appealed to the members of the public to be “extremely cautious” in ascertaining its accuracy.

She urged residents to report to police if online allegations related to breaches of the law. The CE said if rumors pertained to the government, residents could access a special page on the website of Information Services Department for timely clarification.

The CE said she had been saddened by the damage done to Central MTR station during an inspection there Monday, a day after radicals started several fires near different exits of the station and vandalised it. Lam praised the MTR and airport staff for keeping the services running despite all odds.

She called on Hong Kong residents to unite as a front to oppose vandalism unleashed on the city's  veritable lifeline, its subway system, consisting of 90 stations and facilitating on an average 5 million passenger trips every day.

In reply to a reporter's question, Lam stressed that the SAR enjoyed a high degree of autonomy and pointed out how a large number of  foreign firms, including American, were conducting business in the city. She said any move to enact any HK-specific legislation in the US would have bilateral ramifications and not just affect the city.

Stressing that the government was resolute in its attempts to build a platform for dialogue, Lam said an escalation of violence couldn't solve social issues but would only intensify social divisions. She said the government was “gearing up” to engage with communities for direct dialogues with residents in order to break the deadlock.