Lampard, Terry to square off as coaches in playoff final 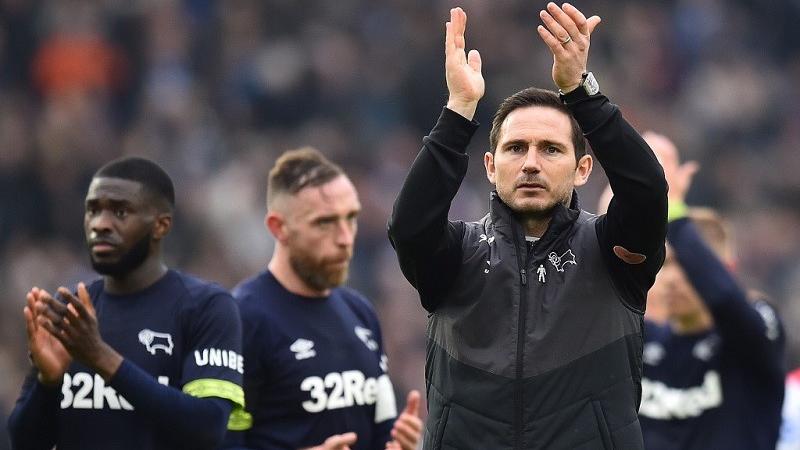 LEEDS, England - Long-time Chelsea teammates Frank Lampard and John Terry will face off as coaches when Derby County and Aston Villa contest the second-tier League Championship playoff final in a bid to return to the Premier League.

Derby, managed by Lampard, beat Leeds 4-2 in the second leg of their playoff semifinal on Wednesday and advanced 4-3 on aggregate. Both sides had a man sent off in a feisty match at Elland Road.

Villa, where Terry is an assistant coach, reached the May 27 final at Wembley Stadium by beating West Bromwich Albion in a penalty shootout on Tuesday. Their semifinal finished 2-2 on aggregate.

Both Lampard and Terry are taking their first steps in management this season after being key members of Chelsea teams that won the Champions League in 2012 and the Premier League in 2005, '06 and '10.

Villa is seeking a return to the top flight after an absence of three years. Derby hasn't been in the Premier League since 2008, when it was relegated after collecting just 11 points.

Norwich and Sheffield United were promoted automatically from the Championship after finishing as the top two in the regular season.

Then Aston Villa's English defender John Terry applauds their supporters ahead of kick off in the English Championship play-off final football match between Aston Villa and Fulham at Wembley Stadium in London on May 26, 2018. (IAN KINGTON / AFP)