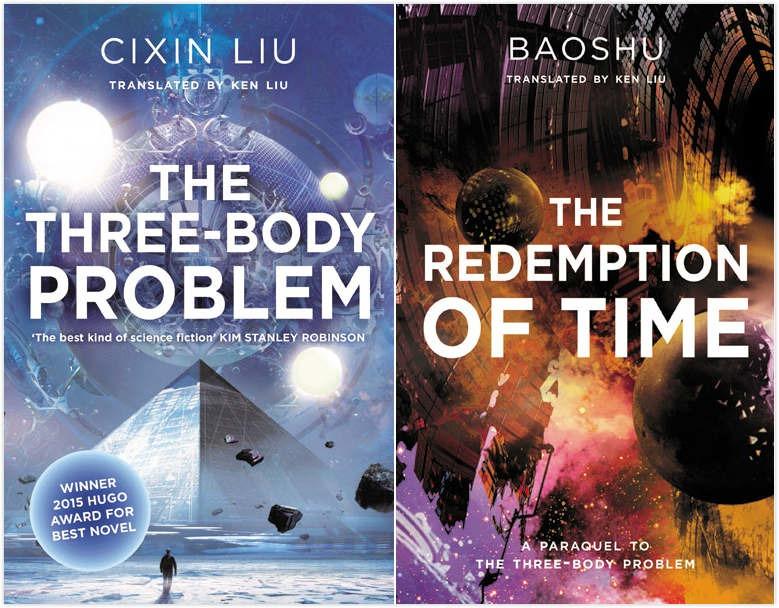 The Redemption of Time by Bao Shu and The Three-Body Problem by Liu Cixin. (PHOTO PROVIDED TO CHINA DAILY)

China will devote more resources and support to its science fiction industry, hoping to create more quality sci-fi works that will inspire young people to be interested in the wonders of science, a senior China Association for Science and Technology official said on Sunday.

Measures such as training capable sci-fi writers, establishing prestigious awards, adapting sci-fi novels into other mediums and promoting international collaborations are crucial for the prosperity of China's science fiction industry, Huai Jinpeng, Party chief of CAST, said at the opening ceremony of the 2019 China Science Fiction Convention in Beijing on Sunday.

Measures such as training capable sci-fi writers, establishing prestigious awards, adapting sci-fi novels into other mediums and promoting international collaborations are crucial for the prosperity of China's science fiction industry

Huai said sci-fi had always been a part of China's DNA, with the earliest original Chinese science fiction novel, Colony of the Moon, published in 1904. Chinese intellectual giants such as Lu Xun and Liang Qichao also emphasized the importance of science fiction as a tool to help the country prosper during the last years of the Qing Dynasty (1636-1912).

"Science popularization and fiction are the foundation for scientific development, and the bridge for upholding and conveying the scientific spirit and dream," Huai said. "Sci-fi demonstrates the beauty, culture and humanity of science, and plays a unique role in stoking youngsters' imagination and innovation ability."

He said China's science fiction industry had boomed in recent years, thanks to popular sci-fi works such as Liu Cixin's The Three-Body Problem and the movie The Wandering Earth, based on a short story by Liu. However, compared with other sci-fi powerhouses, China was still lacking both in terms of the number of sci-fi writers and high-quality works.

As a result, China would devote more resources and policy support for sci-fi and science popularization, create training programs and mechanisms to encourage sci-fi writing, and establish platforms for interdisciplinary and global collaborations, he said.

China's sci-fi market value reached 45.6 billion yuan (US$6.5 billion) last year, with revenue from publications and movies both soaring more than 60 percent. In the first half of this year, the market reached 31.56 billion yuan, up 38 percent year-on-year, according to the 2019 China Sci-Fi Industry Report by Southern University of Science and Technology in Shenzhen.

However, the markets for sci-fi publications and related merchandise were still relatively small, and new sci-fi talent was usually absorbed by the film or video game industries, the report said, meaning there was still a shortage of sci-fi writers.