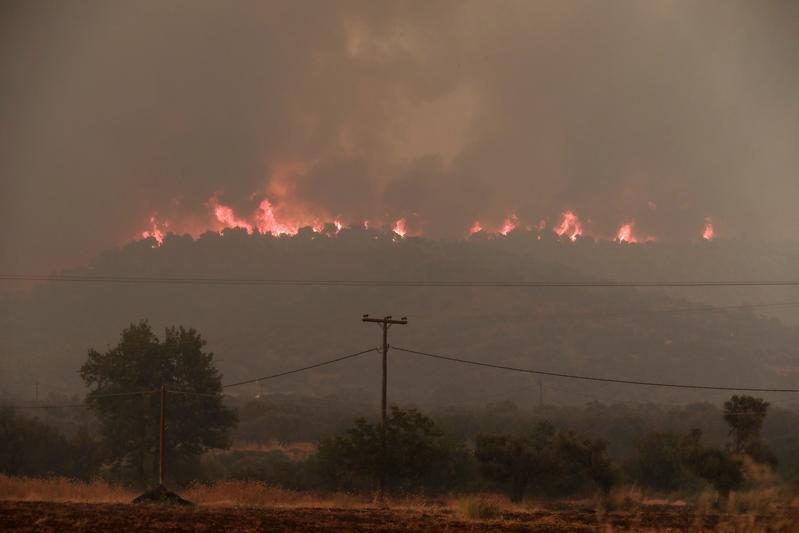 Flames rise from a forest fire at Psachna village on the island of Evia, northeast of Athens, Aug 13, 2019. (YORGOS KARAHALIS / AP)

ATHENS — Aircraft dumped water early on Wednesday to douse the flames of a wildfire on the Greek island of Evia that had prompted the evacuation of villages and spurred an appeal for help from elsewhere in Europe.

Greece often faces wildfires during its dry summer months, and authorities have warned of the high risk of blazes this week

A state of emergency has been declared in regions of the densely-forested island east of Athens, after the blaze broke out on Tuesday, fanned by strong winds and high temperatures.

Italy was sending two aircraft after an appeal for airborne firefighting equipment from Greek authorities. Officials said the conditions were improving by morning after firefighters spent the night battling flames.

"The situation appears better. There was a huge effort (to contain the fire), superhuman efforts," Kostas Bakoyannis, the regional governor for central Greece, told Skai TV.

Water dumping by specially equipped aircraft started at first light. "It is a difficult fire, that's the reality ... there is no danger to human life and that is what is important," Bakoyannis said. 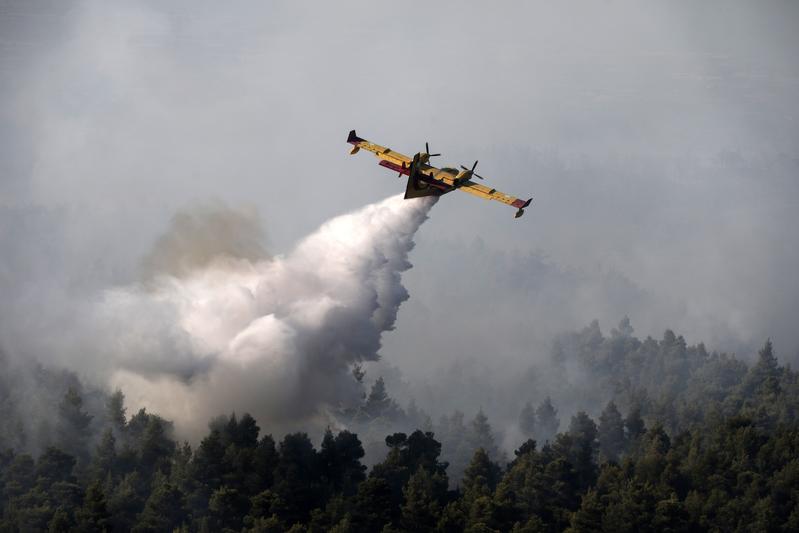 An airplane operates over a wildfire in Stavros village on the Greek island of Evia, Aug 14, 2019. (YORGOS KARAHALIS / AP)

Fire officials said four villages and hundreds of people were evacuated as a precaution on Tuesday.

Drawing upon his experience from other forest fires around Europe, Stylianides said he was impressed at the coordination shown among authorities dealing with the emergency, calling firefighters "heroes".

"We managed to protect lives and to save people's property," Civil Protection Minister Michalis Chrysohoidis said.

Greece has bitter memories of a horrific blaze that tore through the seaside town of Mati near Athens in July 2018, killing 102 people in a matter of hours. Authorities were accused then of poor coordination and a slow response.

Prime Minister Kyriakos Mitsotakis, a conservative elected last month, interrupted his holiday on Crete to return to Athens where he was briefed on the situation. 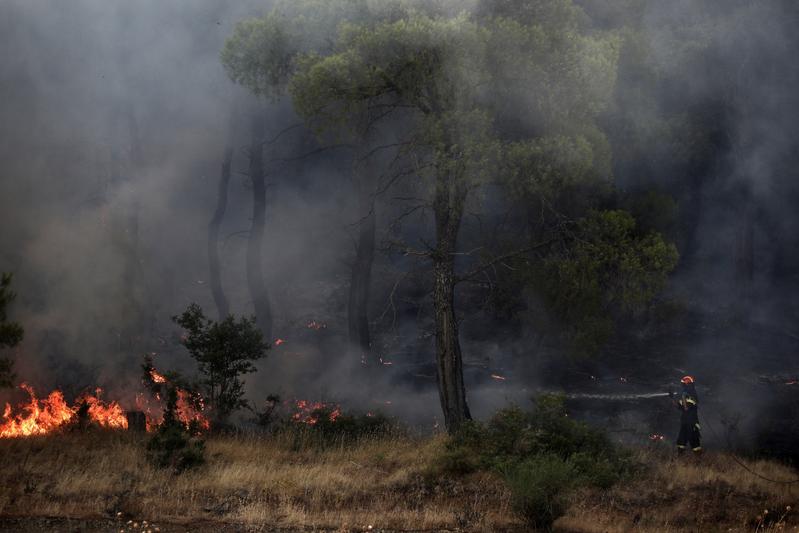 A firefighter tries to extinguish a wildfire in Makrymalli village on the Greek island of Evia, Aug 14, 2019. (YORGOS KARAHALIS / AP)

Television images showed flames and plumes of black smoke on mountainsides carpeted in pine. Parts of Evia's forests are a Natura 2000 site, which the European Union designates as a nature reserve.

Greece often faces wildfires during its dry summer months, and authorities have warned of the high risk of blazes this week. Environmental campaigners see an increasing number of wildfires around the world as a symptom of climate change.