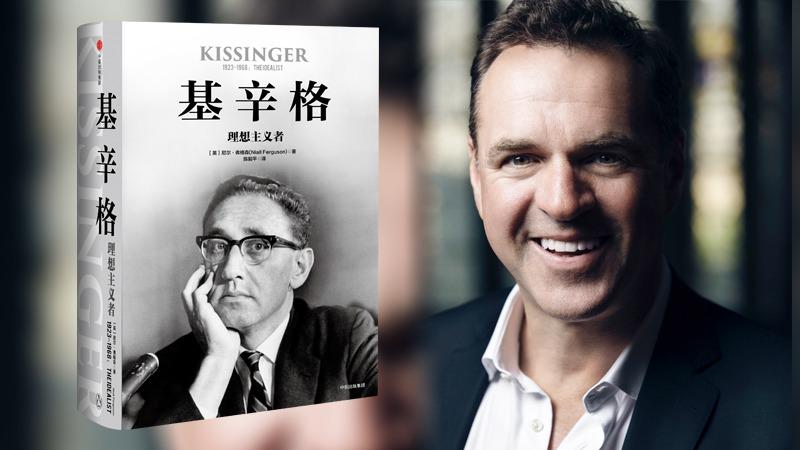 More than 40 years has passed since Henry Kissinger was US secretary of state. Yet his voice still matters. And Kissinger's counsel and contributions to the bilateral relationship are still respected by Chinese leaders.

As Kissinger - a key figure in Sino-US relations since the 1970s - turns 95 on May 27, a Chinese version of Kissinger: 1923-1968 The Idealist, the first part of the two-volume biography of the man by British historian Niall Ferguson, has been published in China, three years after its release in the US.

I'm constantly reminded of how many crucial decisions were taken in the period when Kissinger was in office, but nowhere I think has his role had more profound consequences than in China.

In 2016, the biography won the Arthur Ross Book Award from the US Council on Foreign Relations, which rewards non-fiction books that make an outstanding contribution to the understanding of foreign policy or international relations.Ferguson describes Kissinger as "the rarest of intellectuals who made it in the realm of power" and his biography, while looking at Kissinger's early years before his appointment as US president Richard Nixon's national security adviser, also looks at his intellectual capital that Ferguson thinks has been insufficiently studied.

A New York Times review in 2015 says of the book, "if Kissinger's official biographer cannot be accused of falling for his subject's justifiably famed charm, he certainly gives the reader enough evidence to conclude that Henry Kissinger is one of the greatest Americans in the history of the Republic, someone who has been repulsively traduced over several decades and who deserved to have a defense of this comprehensiveness published years ago."

Ferguson thinks it is important for the Chinese to understand Kissinger's early life.

"I'm constantly reminded of how many crucial decisions were taken in the period when Kissinger was in office, but nowhere I think has his role had more profound consequences than in China."

"And he was the only one individual who was involved at every juncture of US-China relations, from the very beginning right down to the present day."

Ferguson, 54, a senior fellow at the Hoover Institution at Stanford University and the Center for European Studies at Harvard University, is an internationally renowned author of several highly successful books, including The House of Rothschild and The Ascent of Money: A Financial History of the World.

Despite the many biographies of Kissinger, Ferguson took up the challenge of writing about Kissinger's life and thoughts after repeated invitations by Kissinger himself.

Ferguson was first approached by Kissinger for his biography nearly 15 years ago. And he then plunged into the plentiful personal diaries, letters and unfinished manuscripts that Kissinger gave him unprecedented access to. Some of the documents dated back to the 1940s.

The two reached a legal agreement in 2004 to guarantee Ferguson's independence while writing.

In fact, according to Ferguson, on reading his manuscript, Kissinger didn't speak to him for weeks because the former statesman felt that he had revealed too much.

And it was not until the book was published and some of Kissinger's associates read it and told him what they thought of it that Kissinger resumed speaking to Ferguson.

In Ferguson's words, sometimes the life of a single person like Kissinger helps us realize exactly why history changes direction and the world is transformed.

Kissinger's life is much like a typical American story.

As a German refugee from an Orthodox Jewish family, he was sent back to Germany as an American soldier in World War II, where he met Fritz Kraemer, the man who led him into history and philosophy.

After the war, Kissinger went to Harvard University in 1947 to study political science.

His doctoral dissertation, published in 1957 with the title A World Restored: Metternich, Castlereagh and the Problems of Peace, 1812-1822, looked at European diplomacy more than a century earlier.

In Ferguson's opinion, history is the key to Kissinger's ability to understand the contemporary world more than any other American statesman of the last two or three generations.

Kissinger wrote in his doctoral dissertation that no significant conclusions were possible in the study of foreign affairs without an awareness of the historical context.

For him, history is both a source of illuminating analogies and the defining factor in national self-understanding. Another Kissinger's book from 1957, Nuclear Weapons and Foreign Policy, explains his idea of a limited nuclear war.

This work propelled him from academic obscurity to what Americans call a public intellectual.

And then, from 1958 to 1968, Kissinger advised Nelson Rockefeller on foreign policy in three unsuccessful attempts to become the Republican candidate for the presidency.

That is why he was astonished when Nixon, Rockefeller's political opponent, offered him the post of national security advisor in 1968.

But it was Vietnam that became the defining point of Kissinger's career, as he realized that the Vietnam War could not be won by the US, and therefore a diplomatic solution rather than a military victory had to be the objective of American policy.

That was also when, for the first time in his life, he began thinking about China.

A memorandum recorded a conversation between Kissinger and Czech diplomat Antonin Snejdarek in January 1967 when the latter asked whether the US was planing to "form an alliance" with the Chinese against the Soviet Union.

At first, it seemed unbelievable for Kissinger. Yet according to Ferguson, the seed of opening communication with socialist China was planted then, and it later came to pass when Kissinger paid a secret trip to Beijing in 1971. 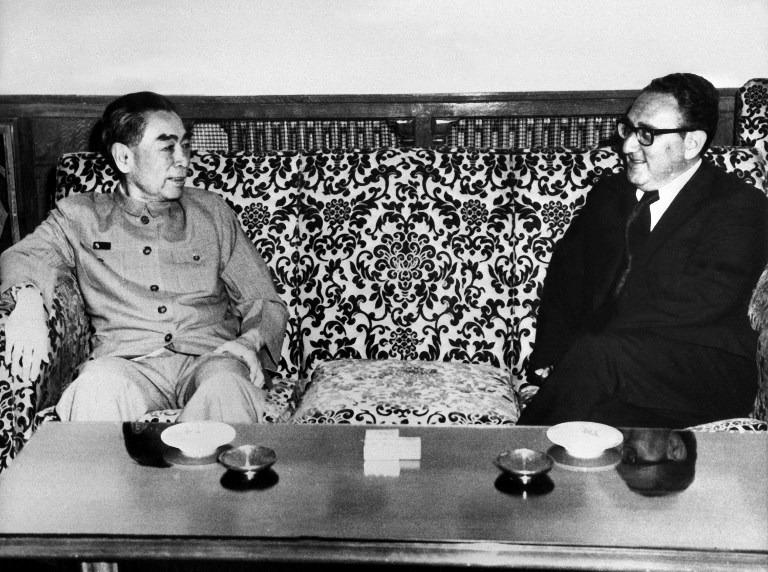 Ferguson says that Kissinger's meetings with the late premier Zhou Enlai, which culminated in the agreement that the then US president Nixon should make a visit to Beijing the following year, were among the most important meetings in modern history.

It later turned out that the publication of the Shanghai Communique, signed during Nixon's visit in 1972, resulted in accelerating the end of the Vietnam War, the US acknowledging Taiwan as part of China, and the economic transformation of China.

Ferguson also points out that Kissinger showed a remarkable ability to understand Chinese leaders' thinking considering that in 1971 he had no background in Chinese history.

"Therefore, he appears to have had an incredible ability to understand a foreign culture very quickly and intuitively. And I think that's only possible when you've had the kind of extraordinary early life that he did," says Ferguson, referring to Kissinger as a "mind-reader".

Ferguson himself also is very knowledgeable about Sino-US relations.

He coined the term "Chimerica" with German economist Moritz Schularick to describe the interdependence between the two largest economies in the world.

Yet, since the financial crisis in 2008, and with trade frictions arising now and then, Chimerica has turned out to be more like Chimera, the monster in Greek mythology.

Ferguson however, is still positive about Chimerica, adding that a new Cold War would be an enormous loss to the global economy.

Rather, he thinks that Sino-US relations are more like the relations between Britain and Germany in the early 20th century, which featured both close economic ties and geopolitical risks. And this, he points out, is what Kissinger has always wanted us to pay attention to.