UK's Johnson seeks suspension of Parliament ahead of Brexit 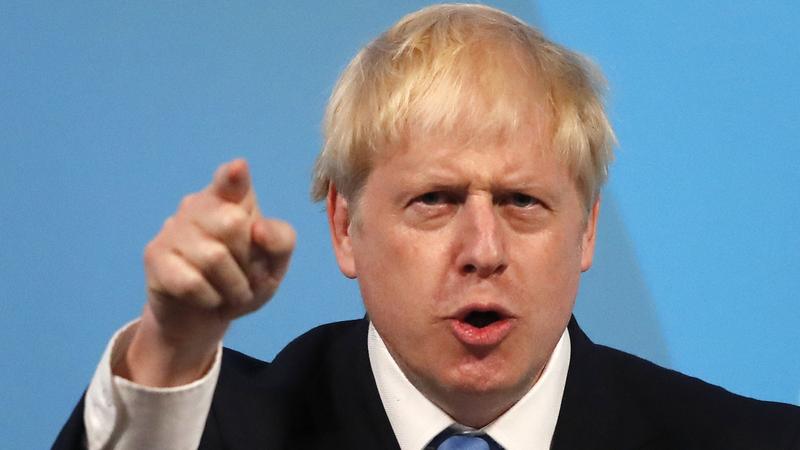 Prime Minister Boris Johnson will ask Queen Elizabeth II to suspend the UK Parliament from mid-September to mid-October -- a move that could hamper lawmakers’ efforts to block a no-deal Brexit and even trigger a constitutional crisis.

“This is a new government with a very exciting agenda,” Johnson said in a pooled TV interview. “We need new legislation, we’ve got to be bringing forward new and important bills and that’s why we’re going to have a Queen’s Speech and we’re going to do it on Oct 14.”

This is a new government with a very exciting agenda

Under the plan, all legislative business would be suspended from Sept 12, until the Queen’s Speech on Oct 14 kicks off a new session of Parliament. Johnson said he is not seeking a general election and there will be “ample time” for lawmakers to debate Brexit.

Johnson said it is normal for a new government to want to press ahead with its own agenda. His team see it as a “useful political side effect” that it would deny time to lawmakers trying to stop Britain leaving the European Union without an agreement on Oct 31, the BBC’s Laura Kuenssberg said on Twitter.

Parliament is due to return on Sept 3, and was only going to sit for two weeks before taking a three-week recess to allow MPs to go to their annual party conferences. That would have seen it returning on Oct 7. But Johnson’s delay will buy him more than a week. A Queen’s Speech is usually followed by four or five days of debate.

The move will mean a new session of Parliament beginning just a few days before a crucial EU summit on Brexit scheduled on Oct 17-18.

MPs who oppose a no-deal Brexit have feared Johnson would attempt to stop them meeting, and won’t take it lying down. Some have talked of simply continuing to meet in another building, and defying the government. Parliament has also passed measures aimed at forcing the government to let it meet.

They could still move against Johnson next week, possibly with a vote of no confidence. But even that could be difficult, according to Martyn Atkins, a parliamentary clerk. If the Queen has already agreed to suspend parliament, he said on Twitter, that would still apply, meaning rebels would have until the suspension date to form a new government.

“The prime minister’s decision is deeply questionable and frankly pretty outrageous,” Dominic Grieve, one of the Conservatives trying to stop a no-deal Brexit, told the BBC. “It’s a deliberate attempt to make sure that Parliament doesn’t sit for a five-week period.”

Johnson’s opponents hadn’t wanted to use a no-confidence vote, instead preferring to try to pass a law that would compel the prime minister to seek a Brexit extension. But Grieve said they might now have no choice, and that Parliament’s return next week would see moves to stop the government, including probably a vote of no confidence.

Dominic Grieve, Member of Parliament of the United Kingdom

The decision to suspend Parliament will be confirmed by the privy council -- a group of senior politicians who advise the monarch -- at the Queen’s Balmoral residence in Scotland on Wednesday, the BBC reported. The BBC also said the Cabinet would hold a conference call on Wednesday morning.

“Boris Johnson is trying to use the Queen to concentrate power in his own hands -- this is a deeply dangerous and irresponsible way to govern,” Yvette Cooper, a Labour MP who also chairs Parliament’s home affairs committee, said on Twitter.

Johnson said during his leadership campaign that he was not “remotely attracted” to the idea of suspending Parliament to deliver Brexit, though he refused to rule out doing so.

“I rely on parliamentarians to do the right thing and honor the pledge that they made to the people of this country,” he told reporters on Monday.