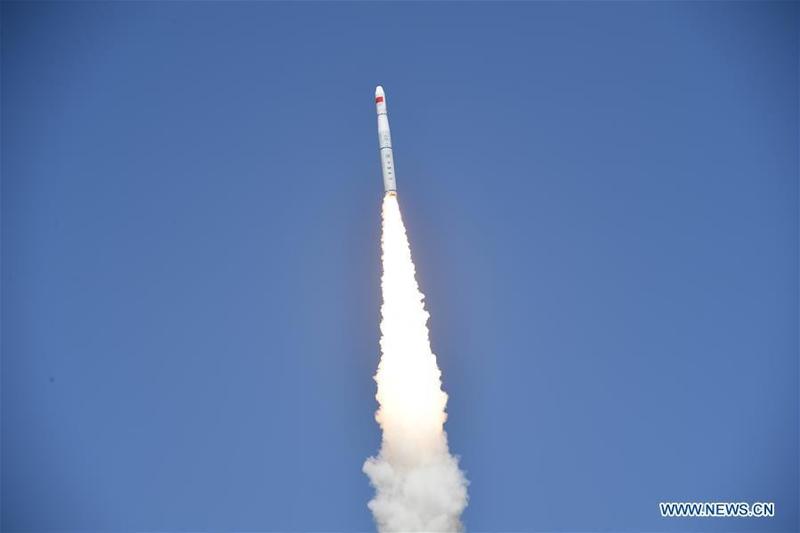 The move comes two months after the company, which specializes in the production and sale of integrated circuit designs, had its Zhuhai-1 remote sensing satellites deployed from a single-carrier rocket at the Jiuquan Satellite Launch Center in Gansu province－opening up a major channel for commercial space data services.

Space data, or information relayed from satellites, is an emerging field with growing signs of dominating big data applications

Space data, or information relayed from satellites, is an emerging field with growing signs of dominating big data applications－the use of huge sets of data in multiple areas.

"The satellites have an overview of all that's happening on Earth. That can be significant for businesses and organizations, to help them with their various challenges and needs," said Duan Yilong, Zhuhai Orbita's board secretary.

In transportation, for example, information the company has collected shows that a highway linking Zhuhai with Jiangmen and other cities in South China's Guangdong province, as well as Hong Kong and Macao, is more likely to experience heavier traffic than other major roads. Similarly, in agriculture, space data can be used to monitor land and other factors influencing crop growth.

"We are also working with the government on data monitoring and extending the use of data in other fields," Duan said.

But the company has also faced significant obstacles, with the lack of professionals in the area a major concern, Duan said.

"Skilled workers are more willing to head to Beijing or Shanghai, where the aerospace industry is mainly based.

"We are eyeing more talent to help us cope with rapid development and the situation has improved in the past few years," Duan said, adding that the company has been offering housing compensation and more financial support to attract and retain professionals.

The Zhuhai National Hi-tech Industrial Development Zone, where the company is based, is also working to foster a better business environment, including investments in business incubators where startups can tap management training and other resources.

The startups can help form an important supply chain covering space-related technology and equipment manufacturing, which will benefit all industry players by cutting communication and transport costs, Duan said.