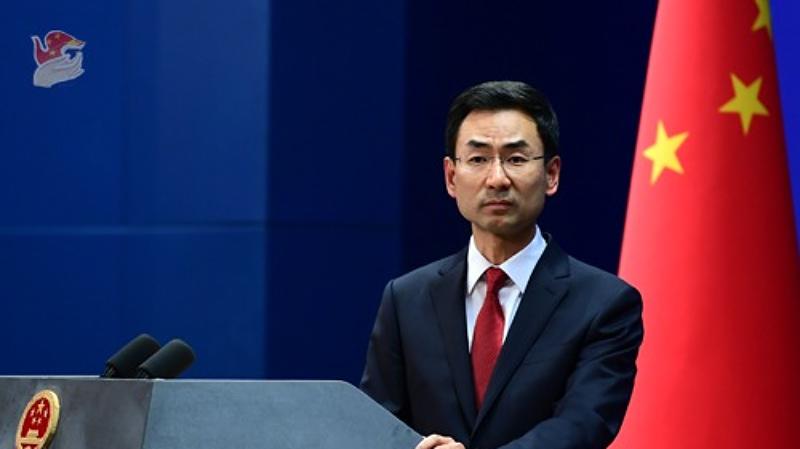 Britain no longer has any so-called responsibility for the SAR as it has no sovereignty, no jurisdiction and no rights of supervision in the city

The spokesman said that Hunt is “indulging in the illusion of the good old days of British colonialism and obsessed with the bad habit of commenting and interfering in other countries’ internal affairs”, and that such attempts will only be futile.

This marks the third day in a row that Geng has responded to Hunt, who in a recent interview said the Sino-British Joint Declaration still is legally binding on Hong Kong, and warned China of serious consequences if it fails to uphold the treaty.

Hunt also said the UK supported Hong Kong people in safeguarding the freedom that the UK fought to obtain for them, and urged the SAR government not to use its people’s fight for freedom as a pretext for repression.

Hunt’s remarks came after protests against the government’s proposed amendments to the extradition laws took place last month, which led to hundreds of radical protesters besieging and vandalizing the city’s Legislative Council Complex on Monday.

Geng described Hunt’s remarks as “erroneous”. He pointed out that all rights and responsibilities related to the British government inscribed by the Sino-British Joint Declaration have been fulfilled since Hong Kong returned to its motherland on July 1, 1997.

Britain no longer has any so-called responsibility for the SAR as it has no sovereignty, no jurisdiction and no rights of supervision in the city. The gesture of always claiming to be a “guardian” of the city is purely wishful thinkers and delusions on the UK side, Geng added.

In response to Hunt’s remarks that Hong Kong people’s freedom was the result of the UK’s endeavor, Geng questioned whether there was any democracy in the city during the 155 years under British rule. “People didn’t even have the right to take to the streets to protest,” Geng said.

It was after the Chinese government implemented the “one country, two systems” principle and safeguarded the high degree of autonomy of the SAR that the Hong Kong people have enjoyed “unprecedented” civil rights and freedoms, Geng said.

Geng rejected Hunt’s “unfounded” claims that the SAR government is “repressing” the protests. He questioned whether the UK government would adopt such a laissez-faire attitude if similar violence were to occur on its own soil.

Geng reiterated that the HKSAR’s affairs are purely China’s business, which will “brook no interference by any foreign governments, organizations and individuals in any form”.

Also on Tuesday, the ministry’s Commissioner Office in Hong Kong expressed strong disaffection and opposition of Hunt’s remarks, and urged the UK to stop meddling in Hong Kong affairs.

The official in charge of the office said that while Hong Kong society is suffering the severe trauma caused by the rioting, some UK politicians chose to rub salt in the wounds, which is really “cold-blooded”.