Israelis go to polls in referendum on Netanyahu's record reign 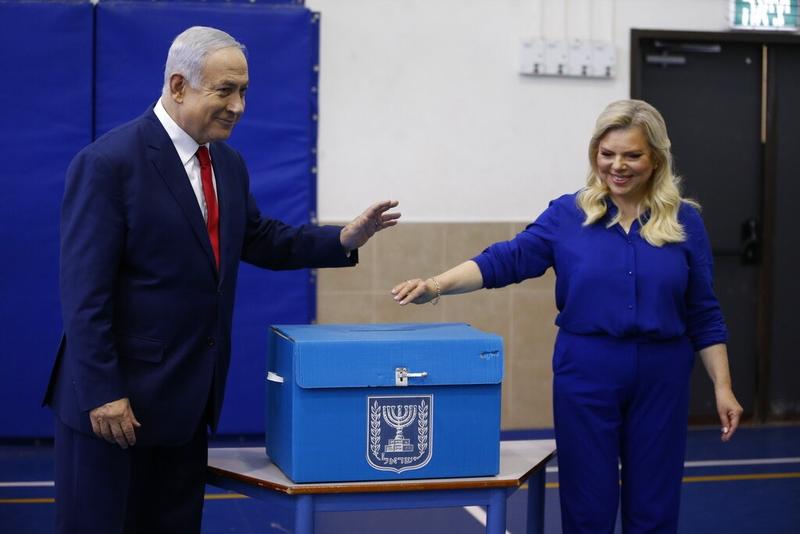 JERUSALEM - Israelis began voting in an election on Tuesday that could hand conservative Prime Minister Benjamin Netanyahu a record fifth term or see him dethroned by an ex-general who has pledged clean government and social cohesion.

No party has ever won an outright majority in the 120-seat parliament, meaning days or even weeks of coalition negotiations will lie ahead.

Dubbed "King Bibi," Netanyahu has rallied a rightist camp hardened against the Palestinians and played up Israeli foreign policy boons that are the fruit of his ties with the Trump administration.

No party has ever won an outright majority in the 120-seat parliament, meaning days or even weeks of coalition negotiations will lie ahead

But the 69-year-old Likud party leader's hope of overtaking Israel's founding father, David Ben-Gurion, as longest-serving premier in July has been dented by a looming graft indictment.

He denies any wrongdoing.

Critics warn of "Bibi fatigue" and argue that the parliamentary election should bring fresh faces to high office.

Stalking Netanyahu in the opinion polls has been Benny Gantz, a former chief of the armed forces and centrist political novice. Buttressed by two other former generals at the top of his Blue and White party, Gantz, 59, has sought to push back against Netanyahu's self-styled image as unrivalled in national security.

Gantz told Reuters in response: "Netanyahu is not the messiah, nor an irreplaceable legend. The people of Israel long for something else." 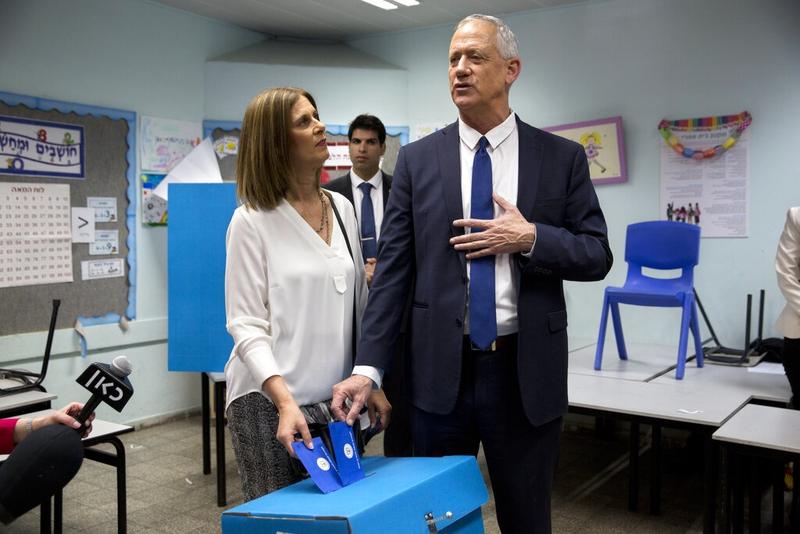 With broadcast and traditional media outlets off-limits for campaigning on election day, Netanyahu posted a link on Twitter and Facebook and called for voters to get in touch.

"This morning I am asking to speak with you, personally, through messenger. All it takes is one click on the link. I'm waiting," he said.

Netanyahu casts himself as the victim of media bias and judicial overreach. Gantz casts himself as a salve for Israel's religiously and ethnically riven society and its relations with liberal Jews abroad

With little policy daylight separating the two candidates on Iran and the Palestinians, or on Israel's humming economy, much of the voting will be guided by the question of their character.

In vitriolic campaigns waged largely over social media rather than in town squares or street corners, they have exchanged escalating allegations of corruption, of fostering bigotry and even of conspiring with Israel's adversaries.

Netanyahu casts himself as the victim of media bias and judicial overreach. Gantz casts himself as a salve for Israel's religiously and ethnically riven society and its relations with liberal Jews abroad.

"This election is about one thing - whether or not Netanyahu should remain in office. It's the only thing that really defines 12 out of the 13 parties which will be in the next Knesset," said Anshel Pfeffer, author of the biography "Bibi: The Turbulent Life and Times of Benjamin Netanyahu".

Israel’s president, Reuven Rivlin, will consult with the leaders of every party represented in the Knesset and choose whoever he believes has the best chance of forming a government.

Although both Netanyahu and Gantz have publicly ruled out a future alliance in a "national unity" coalition, some analysts predict a rethink - especially if the candidates agree to tackle together a widely expected US plan for Middle East peace.

That plan's sponsor, US President Donald Trump, offered an unusually clement observation on the election, telling his Republican Jewish supporters on Saturday: "I think it's going to be close ... Two good people."