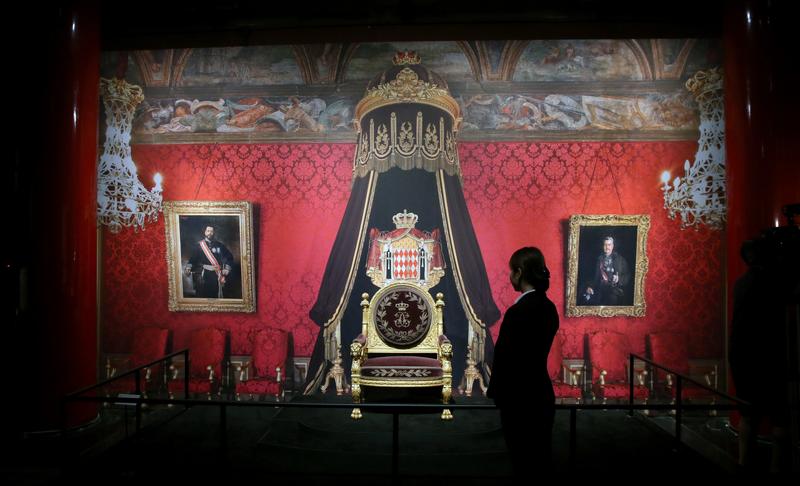 A royal throne made in 1881 for Prince Charles III is a highlight during the ongoing exhibition from Monaco in the Palace Museum. (JIANG DONG / CHINA DAILY)

When 271 artifacts from the principality of Monaco come to Beijing for the first time, perhaps there is no other place more suitable to display them than the Meridian Gate Gallery.

Monaco has been generous enough to loan many works by iconic artists such as Titian, Monet, and Renoir

The gallery, which sits above the entrance of the Palace Museum－China's imperial palace from 1420 to 1911, which is also known as the Forbidden City－is welcoming a collection from the House of Grimaldi and is launching a "royal" dialogue through its exhibition, Princes and Princesses of Monaco: A European Dynasty (13th to 21st century).

The exhibition opened on Sept 7 and is dedicated to tracing the achievements of the principality over the past 700-odd years. Running through Nov 11, it's open every day except Mondays.

Monaco is minuscule in size. Its 2-square-kilometer-area is only roughly twice the size of the Forbidden City, but it is also famed for its royal aura.

From everyday articles, rare works of art, to a royal canopy and even a throne－which was made in 1881－the range of exhibits are as broad as they are diverse.

"We want to portray the overall image of the Grimaldis through these diverse artifacts," says Thomas Fouilleron, curator of the exhibition. "However, we also care about the individual characters of the monarchs." 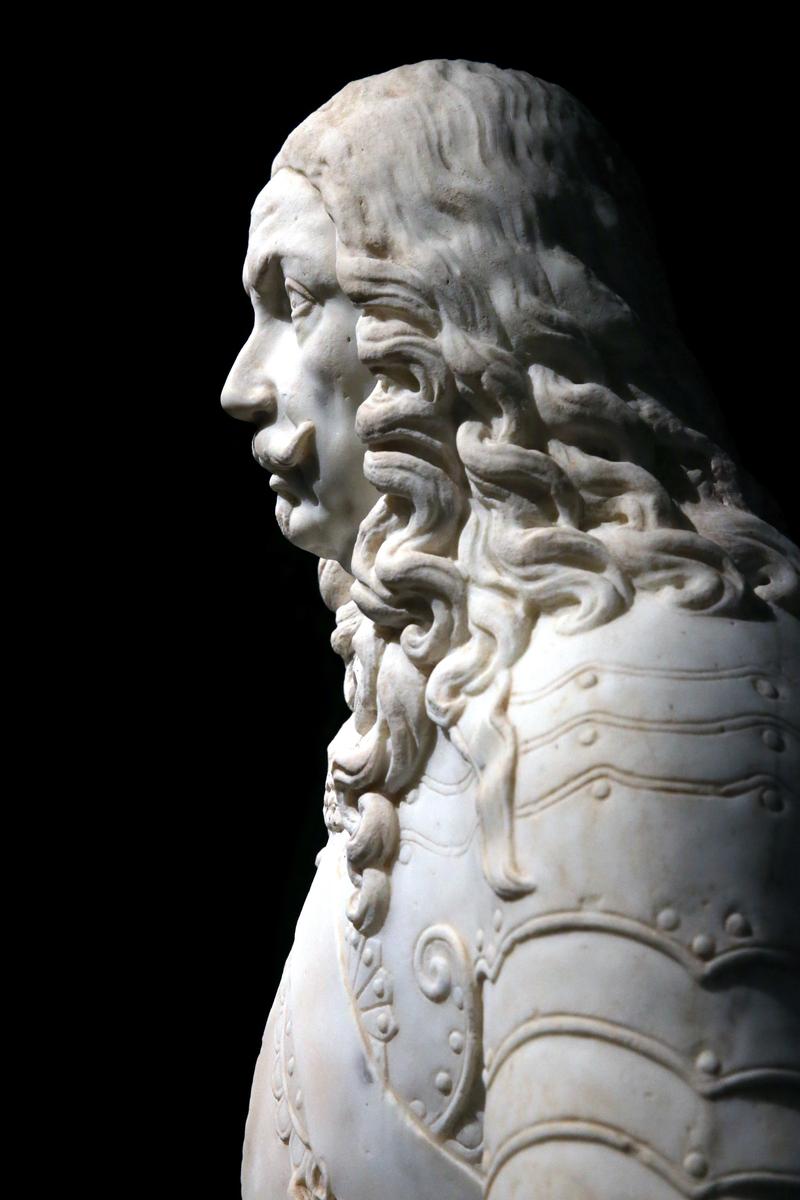 White marble bust by Lazare Ratto in 1660 is among the highlighted exhibits from the Library of the Prince's Palace of Monaco. (JIANG DONG / CHINA DAILY)

ALSO READ: In film debut, Lady Gaga recalls time she 'couldn't get an audition'
After taking over the fortress of Monaco in the late 13th century, the Grimaldis established their territory in the mid-14th century before eventually declaring itself a monarchy in 1612.

"Monaco may be small, but it's a European monarchy with a complete set of royal rituals," Fouilleron says. "People can grasp the bigger picture about European dynasties by looking at us."

A tapestry from the 17th century woven with the coat of arms of the House of Gramildi is among the key exhibits showing the early history of the monarchy and its alliance with France.

The same situation is true about Monaco's architecture. The French influence is apparent in a painting from 1732 which shows a bird's-eye view of the prince's palace of Monaco. "French culture was highly advocated at that time," the curator says. "The prince would have been pleased if someone had told him: 'Your palace looks just like Versailles.'"

Some exhibits also show the princes' interest in China. 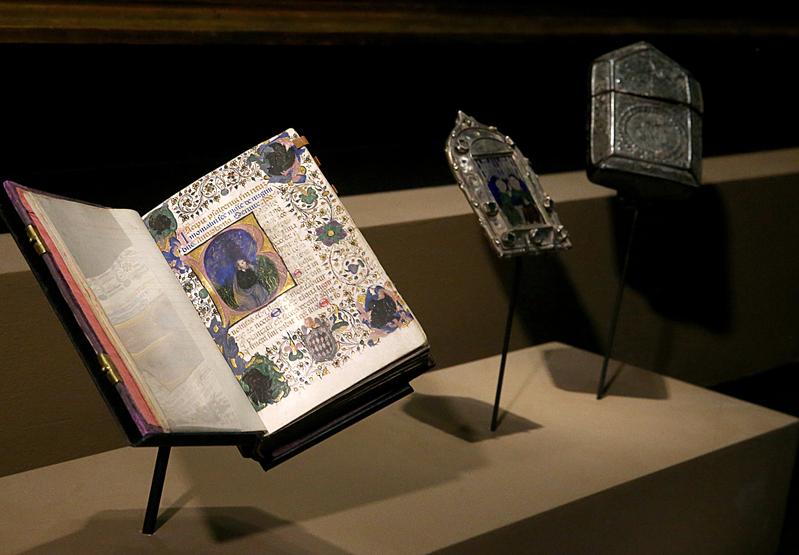 The Psalter of vellum is among the highlighted exhibits from the Library of the Prince's Palace of Monaco. (JIANG DONG / CHINA DAILY)

One of the books on display, which was published in 1665 and comes from the Library of the Prince's Palace in Monaco, plots the journeys made by the Dutch East India company in China.

During the 19th century, the focus of Monaco switched from agriculture to tourism as Monte Carlo developed as an entertainment destination. An old map in the exhibition shows the boundaries of Monaco at that time.

Fouilleron says one of the most important elements of this exhibition was to demonstrate the Grimaldis' artistic tastes by displaying examples from their numerous collections of paintings.

Monaco has been generous enough to loan many works by iconic artists such as Titian, Monet, and Renoir, and the paintings were carefully selected for their connection to the principality.

For instance, visitors may feel that Monet enjoyed his trip to the country from his dreamlike touches in the 1884 canvasses Monte Carlo Seen from Roquebrune and The Bay of Monaco.

Of course, one name is unavoidable when talking about Monaco. Grace Kelly, the late Hollywood movie star and former princess of Monaco, has been given the privilege of having an entire section dedicated to her at the exhibition. 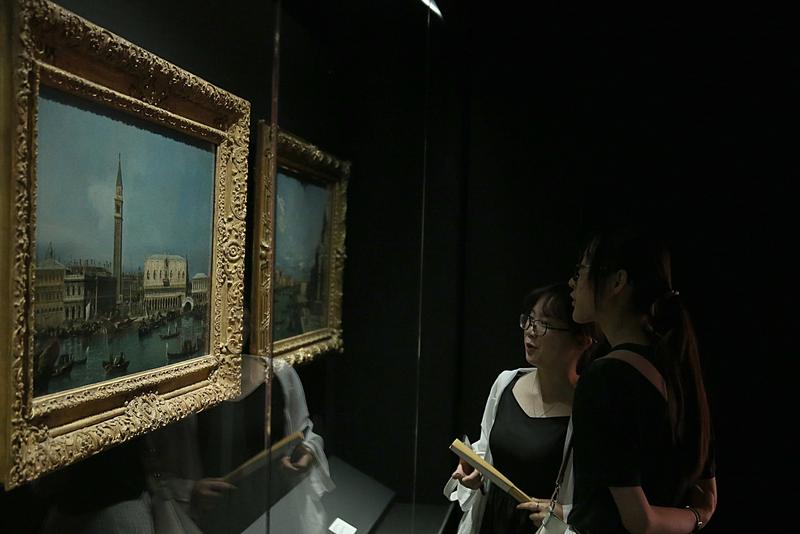 From her wedding gown, to her jewelry, costumes and even to her Oscar for winning best actress at the Academy Awards in 1954, Kelly's legendary lifetime of elegance both on and off screen, is recounted to visitors through a variety of exhibits.

The costume worn by Albert II, the current ruler of Monaco, on his wedding in 2011 and the tiara he gave to Princess Charlene, also lend a modern touch to the ancient architecture of the Meridian Gate.

"The Chinese public's impression of Monaco used to be some scattered 'dots' about Grace Kelly or the eye-catching royal wedding in 2011," says Wang Yuegong, head of the royal artifact department at the Palace Museum. "This exhibition will connect all the dots with a single line."

Monaco signed a cooperation agreement with the Palace Museum in 2016.

As the first step in this collaborative process, The Forbidden City in Monaco, an exhibition which included about 180 artifacts from the Palace Museum, took place last year at the Grimaldi Forum, a convention center in Monte Carlo.

It gave a panoramic picture of imperial life during the reigns of Kangxi, Yongzheng and Qianlong, three emperors ruling at the peak of the Qing Dynasty (1644-1911).

"The event stirred huge public interest in Monaco," says Wang, who designed the exhibition. "It also prompted our Monegasque counterparts to return the favor by bringing a show to Beijing." 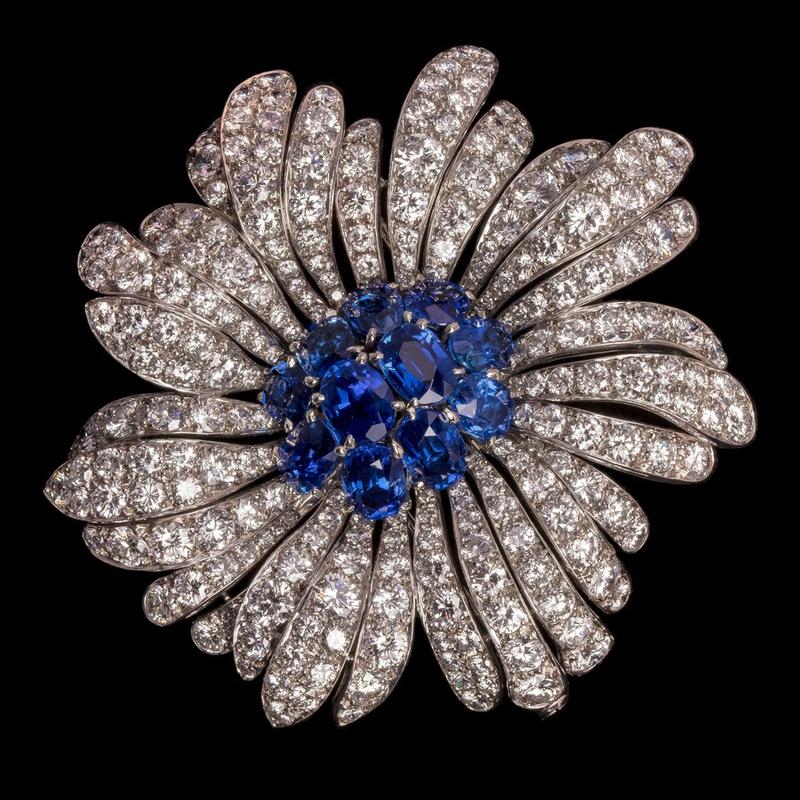 A piece of jewellery belonging to Grace Kelly, the late princess of Monaco, is on show in Beijing. (JIANG DONG / CHINA DAILY)

According to Wang, more than 50,000 people visited the exhibition at the Grimaldi Forum.

"And when I recently returned to Monaco on vacation and noticed that some of the paintings in museum were missing," Wang continues, "a staff member told me that they had been shipped abroad for an exhibition."

"Well, I suppose I'm the one who should be blamed for this because I introduced those exhibits to Beijing," he smiles.

For this reason, neither side should really feel the need to apologize for building up cultural links.

"The Palace Museum embraces different civilizations from all over the world," Wang says. "Such cultural communications are an important way to make people feel more connected."

And the Monegasque side have confirmed they currently have no plans to take the exhibition to other Chinese museums, because "its dynastic glory is best suited to the Forbidden City".