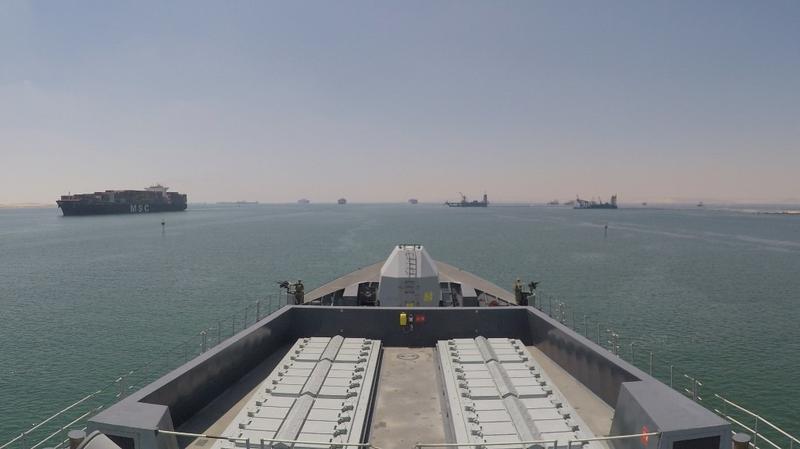 BERLIN — Germany's Vice-Chancellor and Finance Minister Olaf Scholz said on Wednesday he was very sceptical about a request by the United States to join a military mission for the Strait of Hormuz.

Vice-Chancellor and Finance Minister Olaf Scholz said such a mission carried the risk of being dragged into an even bigger conflict, adding: "That's why I think this is not a good idea."

Scholz told ZDF television that it was important to avoid a military escalation in the region and that such a mission carried the risk of being dragged into an even bigger conflict, adding: "That's why I think this is not a good idea."

The US Embassy in Berlin said on Tuesday that the United States had formally asked Germany to join France and Britain in a mission to secure the Strait of Hormuz and to "combat Iranian aggression".

Germany's Foreign Ministry said on the same day that the country hasn't promised any contribution but is "in close consultation with France and Great Britain."

The Foreign Ministry gave no details of the US plan, but said "priority must be given to a de-escalation of tensions and diplomatic efforts."

It also said "participation in the American strategy of maximum pressure is out of the question for us," referring to the US approach to Iran.

The US last month promised more details after asking NATO allies to help protect key commercial waterways. The request came as tensions have soared between the US and Iran, which recently seized a British-flagged tanker.

Ties between Iran and the United States have deteriorated since Washington pulled out of an international nuclear deal with Iran last year and reimposed sanctions on Tehran. Germany, France and Britain have tried to keep the deal alive.

Scholz said that Berlin still viewed the international nuclear agreement with Iran as the best option to prevent it developing a nuclear bomb.

There is considerable opposition among Scholz's Social Democrats (SPD), junior partners in Chancellor Angela Merkel's ruling coalition, to getting involved in a US-led mission.

Norbert Roettgen, a Merkel ally and member of her conservative bloc, said he believed Germany should not join the US-led mission.

"The alternative to rejecting a mission with the Americans is not to do nothing - I see that (view) among many people, unfortunately also in the SPD - but rather the alternative is a European mission, if necessary without the British, if they decide for the US," he said.

"I very much welcome the critical remarks from the SPD. A robust US-led operation could quickly escalate," Schroeder, who opposed the 2003 US-led invasion of Iraq, told the Rheinische Post newspaper.

New defense minister Annegret Kramp-Karrenbauer said in a speech last week that Germany is a "reliable ally" for its NATO partners.

But she added: "We must always examine scrupulously requests for support from our partners. We mustn't affirm hastily, nor issue knee-jerk rejections." Kramp-Karrenbauer is due to meet NATO Secretary-General Jens Stoltenberg on Wednesday.