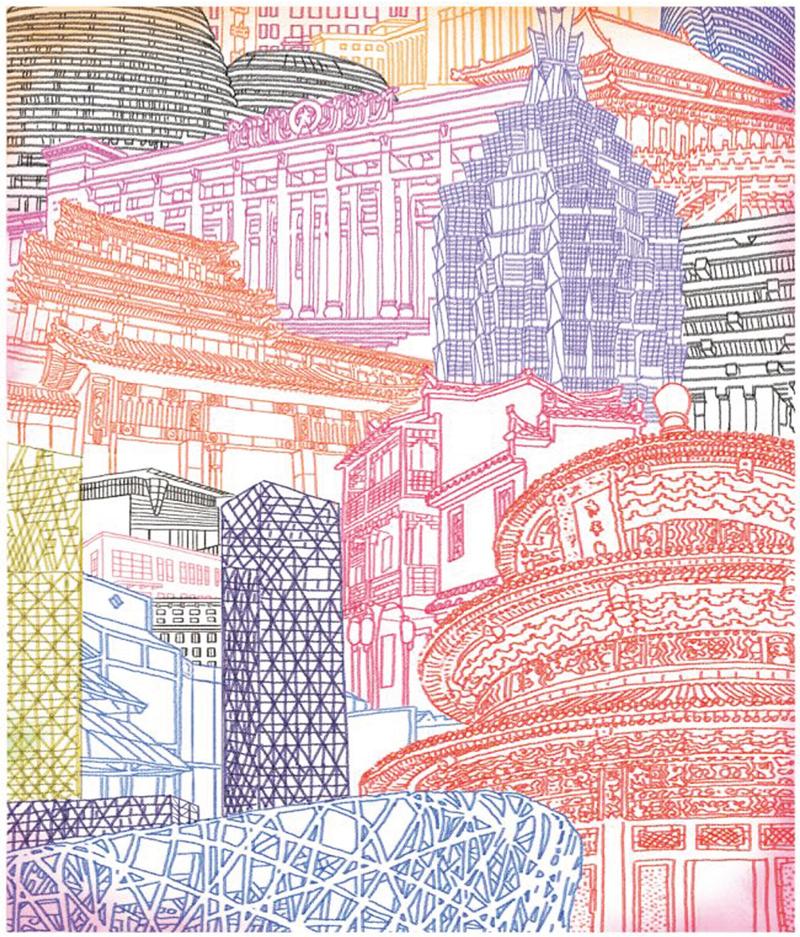 In 1949 when the People’s Republic of China was first founded, the number of people living in urban areas accounted for only about 10 percent of the total population.

Keith Griffiths, chairman and founder of Aedas, one of the world’s largest architectural practices, said that this phenomenal pace of growth has resulted in increasing pressure for cities to build large-scale mixed commercial buildings to maximize land usage and meet the needs of modern society. One such building is the skyscraper.

Today, China is home to more than half of the world’s skyscrapers. Of these buildings, 680 of them measure more than 200 meters in height. In addition, 310 skyscrapers have been introduced to the country since 2015. In contrast, only 33 new skyscrapers were built in the United States during that same period.

One of China’s best-known skyscrapers is without doubt the Shanghai Tower, the nation’s tallest and world’s second-highest building.

Standing in the heart of Lujiazui, Shanghai’s financial hub, the 132-story building has 575,000 square meters of space that can accommodate up to 40,000 people. The 114 elevators running inside the building have been arranged like metro lines, heading to different floors at different speeds.

“What we want to achieve and, ideally, demonstrate to developers and designers of skyscrapers around the world, is how we can make living and working in highly populated cities more efficient, energy-saving and fun through skyscrapers,” said Ge Qing, chief engineer and architect of the Shanghai Tower.

As the first skyscraper in China to measure over 600 meters in height, the Shanghai Tower has a LEED Platinum certification, the highest recognition of the energy and resource efficiency of a building.

“The Shanghai Tower illustrates China’s responsibility and commitment to the world to improve the environment and improve the health of its people,” said Mahesh Ramanujam, president and CEO of the US Green Building Council. USGBC issues the LEED ratings.

But it is not just architecture in China that has been drawing the world’s attention. China’s architects are also making their mark on the global stage.

In 2006, Beijing-based architect Ma Yansong and his colleagues became the first Chinese team in history to win an open bid for a residential project in Mississauga, Canada. The result was Absolute Towers, a pair of buildings nicknamed the “Marilyn Monroe Towers” by residents as their hourglass figure is said to bear a similar shape to that of the legendary Hollywood star.

In 2012, Wang Shu, dean of the School of Architecture at the China Academy of Art in Hangzhou, East China’s Zhejiang province, became the first Chinese citizen to win the Pritzker Architecture Prize, the world’s top architectural award.

According to the jury, awarding a Chinese architect represented “a significant step in acknowledging the role that China will play in the development of architectural ideals”. The jury also noted China’s successful urbanization is important to itself and the world.

Pritzker Prize jury chairman Peter Palumbo said: “The question of the proper relation of present to past is particularly timely, for the recent process of urbanization in China invites debate as to whether architecture should be anchored in tradition or should look only toward the future.”

As with any great architecture, Palumbo added, Wang’s work transcends that debate, producing architecture that is “timeless, deeply rooted in its context and yet universal”.

Wang, who once defined his style as “a combination of ancient aesthetics with modern utility”, is widely considered one of the most prominent Chinese architects.

His portfolio of projects includes the Ningbo Museum in Zhejiang province — whose design features a conceptual combination of mountains, oceans and elements from traditional residences — and the Xiangshan Campus of the China Academy of Art.

More than 2 million tiles were recycled from demolished traditional houses to cover the campus buildings’ roofs.

Another prolific Chinese architect who has undertaken projects around the world is the late I.M. Pei, whose projects include the Rock and Roll Hall of Fame in Cleveland, Ohio; the Suzhou Museum at his ancestral home in East China’s Jiangsu province; and the controversial renovation of the Louvre Museum in Paris, completed in 1989.

Secretly commissioned by then French president Francois Mitterrand, the renovation project saw the introduction of a futuristic steel-framed, glass-walled pyramid as a grand entrance for the museum.

Although the new structure was met with criticism, Henri Loyrette, the Louvre’s director at the time, described it as a masterpiece and one of three reasons why people would visit the museum.

Pei, a recipient of the prestigious Pritzker Architecture Prize in 1983, died in May this year aged 102. Many who paid tribute to the architect described him as one of the greatest modernist architects in history. 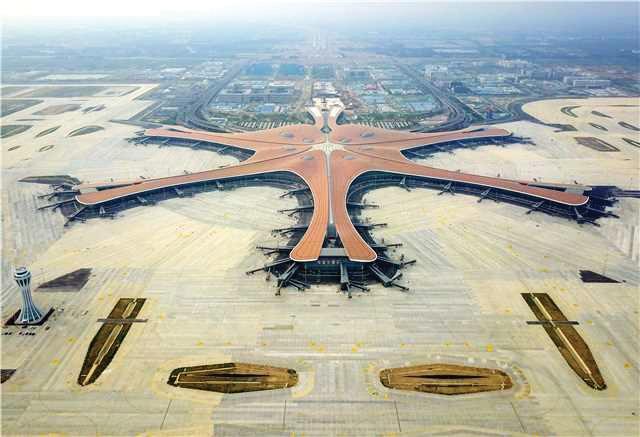 Designed by the late Iraqi-British architect Zaha Hadid, the 700,000-square-meter Beijing Daxing International Airport is scheduled to open on Sept 30. One of the world’s largest airports, it is planned to handle 72 million passengers a year by 2025, and 100 million by 2040. The airport is located at the border of Beijing and Langfang, Hebei province. 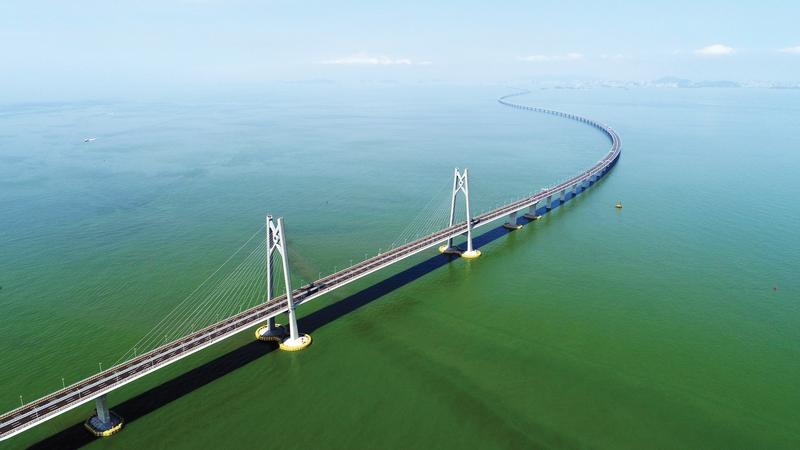 Built at a cost of 127 billion yuan (US$18 billion), the world’s longest sea-crossing bridge spans 55 kilometers and connects Hong Kong to Macao and the Chinese mainland city of Zhuhai. Opened on Oct 23, 2018, the bridge has cut travel time between Zhuhai and Hong Kong from 4 hours to just 40 minutes. The new bridge is expected to generate up to 10 trillion yuan for the economy. 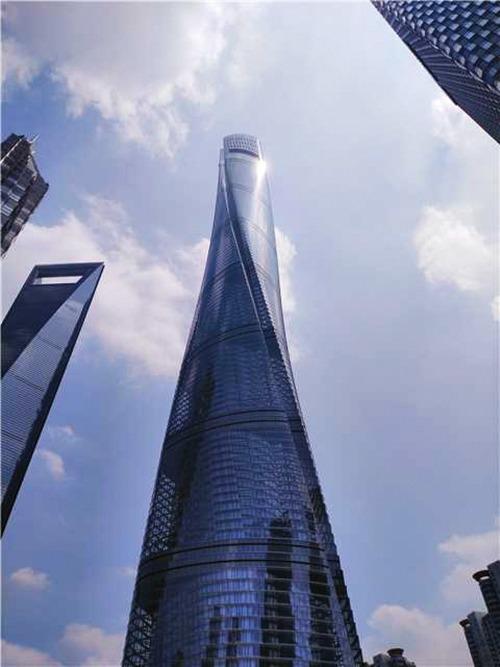 Designed by international architecture firm Gensler, the 632-meter-tall, 132-story skyscraper in Shanghai is the world’s second-tallest building. Completed in 2016, it has been applauded for its energy-saving and environmentally friendly features. Shanghai Tower is home to the world’s highest observation deck. Its elevators are also the second-fastest in the world. 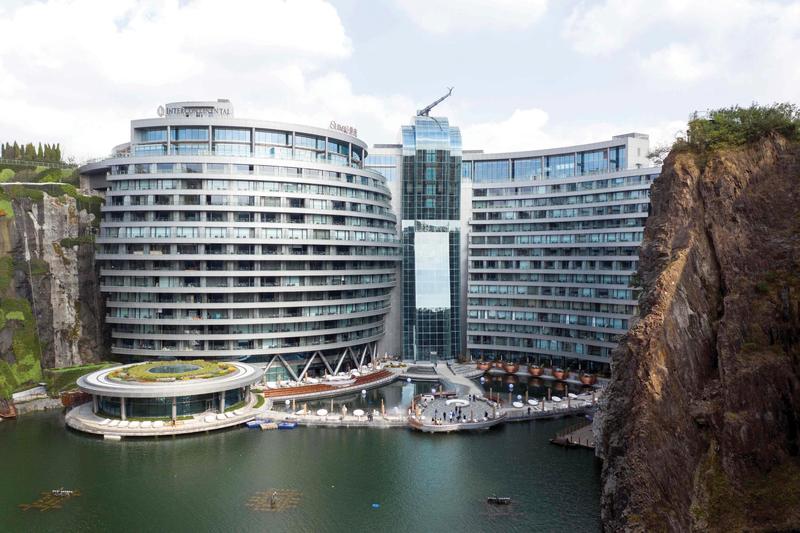 Designed by British architect Martin Jochman, the Intercontinental Shanghai Wonderland, or Tianma Pit Hotel, is the world’s first underground hotel built on the site of an abandoned quarry. Completed in 2018, the hotel stretches 88 meters underground and was listed as one of the architectural wonders of the world in National Geographic channel’s Mega Structures series. 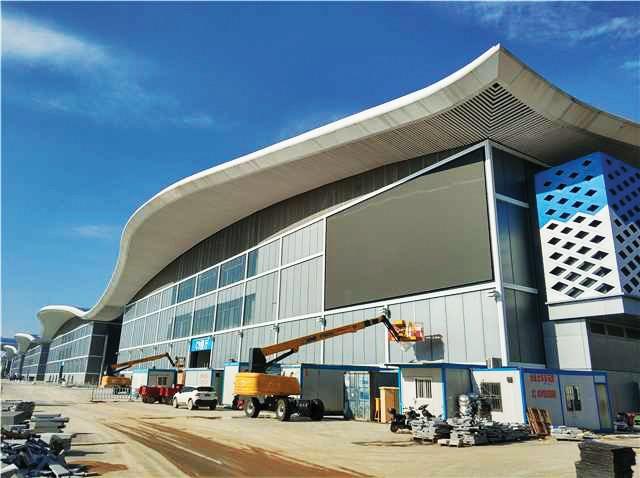 Located in Shenzhen Airport New Town, this new convention center will offer 500,000 square meters of indoor exhibition space after its completion, making it the largest exhibition venue in the world. Construction of the center started in September 2016, with the first phase of the project completed in July. 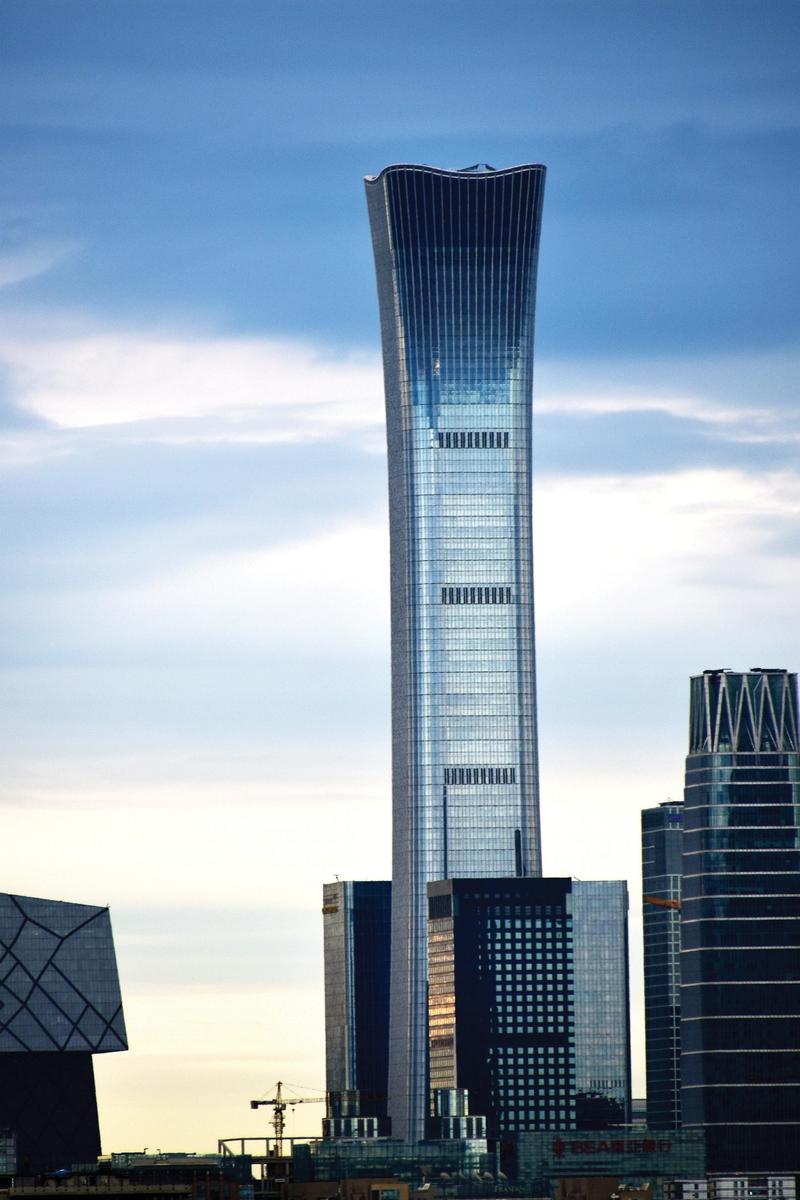 Located at the core of Beijing’s central business district, the CITIC Tower is the tallest building in the Chinese capital. Inspired by the form of the traditional Chinese ritualistic artifact, the zun, the 528-meter-tall office tower took five years of construction before it started operations in 2018. The skyscraper is home to CITIC Group, the CITIC Bank headquarters and a host of international financial institutions. 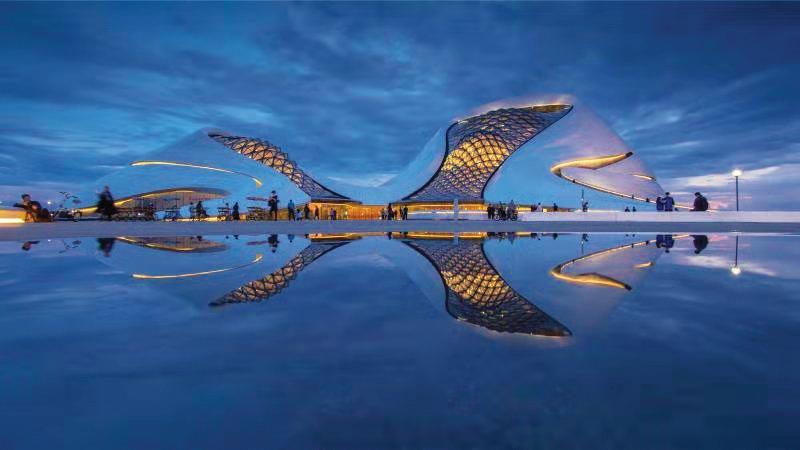 Designed by Beijing-based MAD Architects, the Harbin Opera House is a multi-venue performing arts center and a landmark in the northeastern Chinese city since its completion in 2015. It was named the best Cultural Architecture in 2015 by ArchDaily, one of the most visited architecture websites in the world.