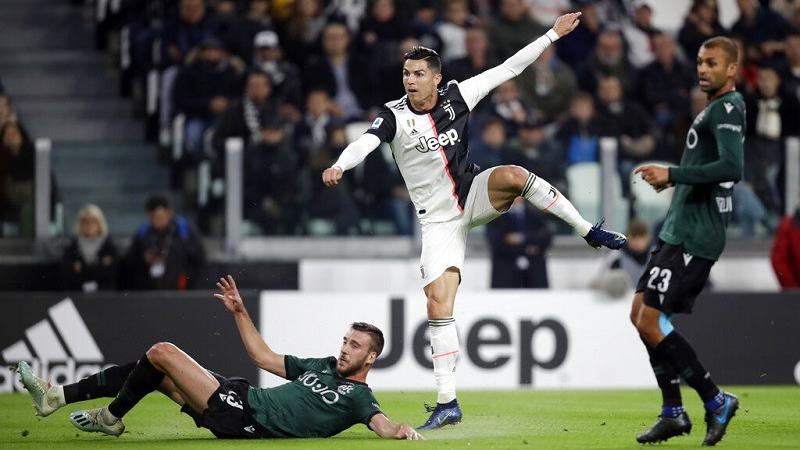 Juventus' Cristiano Ronaldo scores the opening goal during a Serie A soccer match between Juventus and Bologna, at the Allianz stadium in Turin, Italy, Oct 19, 2019. (LUCA BRUNO / AP PHOTO)

ROME - After all these years - and all those goals - Cristiano Ronaldo's trademark step-over move remains as effective as ever.

The latest victim was Bologna defender Mattia Bani, who was fooled by the five-time Ballon d'Or winner for Juventus' opening goal in a 2-1 win Saturday.

After taking an unintended assist from another defender, Ronaldo quickly got by Bani with an abbreviated version of his most famous trick, then unleashed a long, bouncing shot into the near corner.

While Bani was left wondering what happened, Ronaldo was rushing toward the corner flag, dropping to his knees in a sliding celebration.

The celebrations didn't last long, however, as Bologna quickly equalized with an almost-as-impressive goal from Danilo, who half-volleyed past Gianluigi Buffon to finish off a slick team effort.

Miralem Pjanic won it for Juventus after the break, taking advantage of several failed clearances to score from the edge of the area.

"We are playing very well with this new 4-3-1-2 formation, the team is enjoying its football," Pjanic said. "We just need to kill games off earlier so that we're not under pressure at the end."

Ronaldo could have scored a couple more but for excellent saves from Lukasz Skorupski. 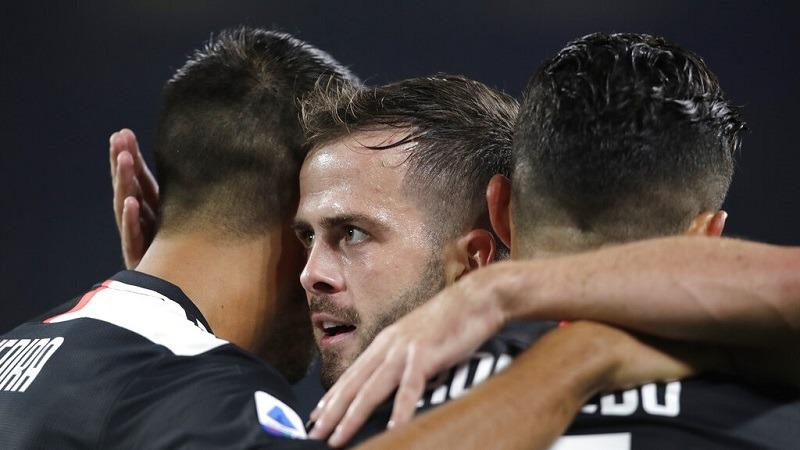 Juventus' Miralem Pjanic celebrates with his teammates Cristiano Ronaldo, right, and Juventus' Sami Khedira after scoring his side's second goal during a Serie A soccer match between Juventus and Bologna, at the Allianz stadium in Turin, Italy, Oct 19, 2019. (LUCA BRUNO / AP PHOTO)

Buffon then preserved the advantage in stoppage time with a difficult stop on a bicycle-kick from Federico Santander, who had hit the crossbar with his first effort.

Before kickoff, Juventus president Andrea Agnelli presented Ronaldo with a shirt to commemorate his 700th goal as a professional, which was earned with Portugal during the international break.

Ronaldo's latest goal - his 701st - was also his third in his last four Serie A matches and the 25th of his Italian league career.

Bologna coach Sinisa Mihajlovic made a rare away appearance on the touchline in between chemotherapy treatments for leukemia.

Arkadiusz Milik broke out of a scoring drought with a brace as Napoli beat Hellas Verona 2-0. 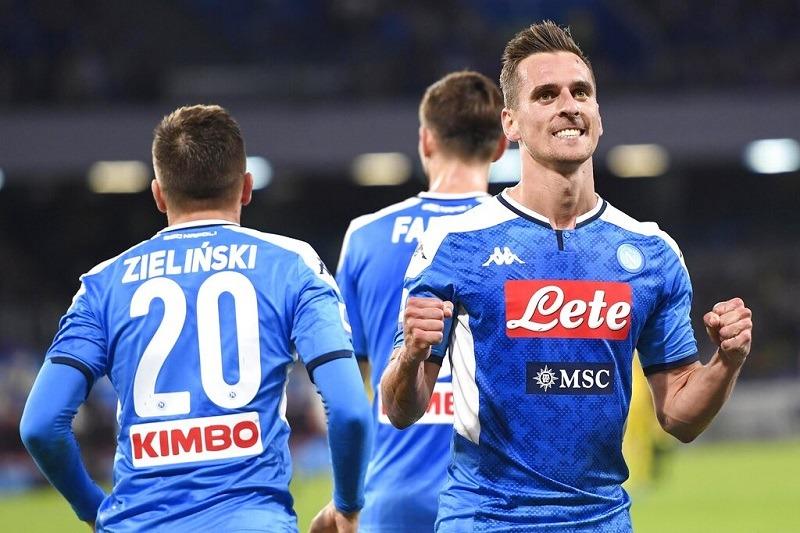 Napoli's Arkadiusz Milik, right, celebrates after scoring during the Italian Serie A soccer match between Napoli and Hellas Verona at the San Paolo stadium in Naples, Italy, Oct 19, 2019. (CIRO FUSCO / ANSA VIA AP)

Napoli goalkeeper Alex Meret made a series of difficult saves early on before Milik scored in the 37th minute by redirecting a cross from Fabian Ruiz from close range.

Milik's second also came from close range, as he redirected an accurate free kick from Lorenzo Insigne into the roof of the net.

Dries Mertens nearly made it 3-0 but a late effort from the Belgium international hit the post.

Fourth-place Napoli moved within one point of Atalanta.

Ciro Immobile earned and converted two penalties as Lazio came back from three goals down at halftime to salvage a 3-3 draw with visiting Atalanta. 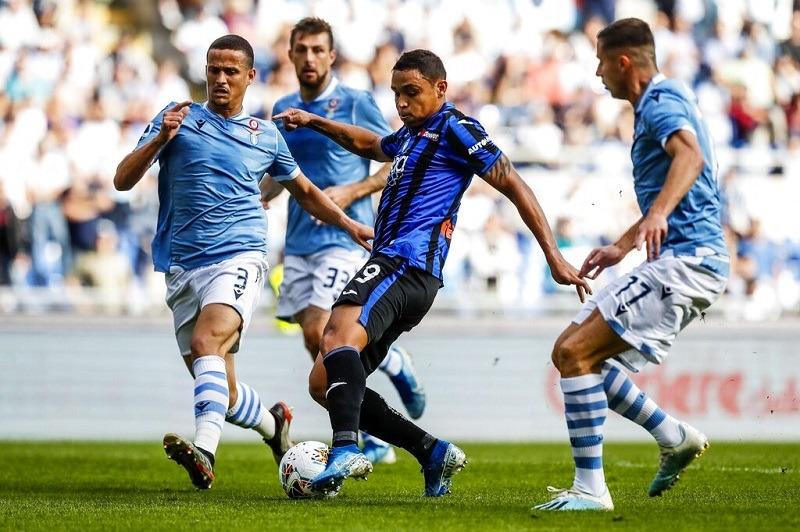 Atalanta's Luis Muriel and Lazio's Luis Felipe, left, vie for the ball during the Serie A soccer match between Lazio and Atalanta at the Rome Olympic stadium, Oct 19, 2019. (ANGELO CARCONI / ANSA VIA AP)

In a match that was a tale of two halves, Immobile completed the recovery with his second spot kick in stoppage time following a foul from Marten De Roon.

Joaquín Correa also scored for Lazio, while Luis Muriel had a brace for Atalanta, which also got a goal from Alejandro "Papu" Gomez.

Third-place Atalanta, which extended its unbeaten run to six matches, moved within one point of Inter.

Lazio, which has won only one of its last four matches, is sixth.