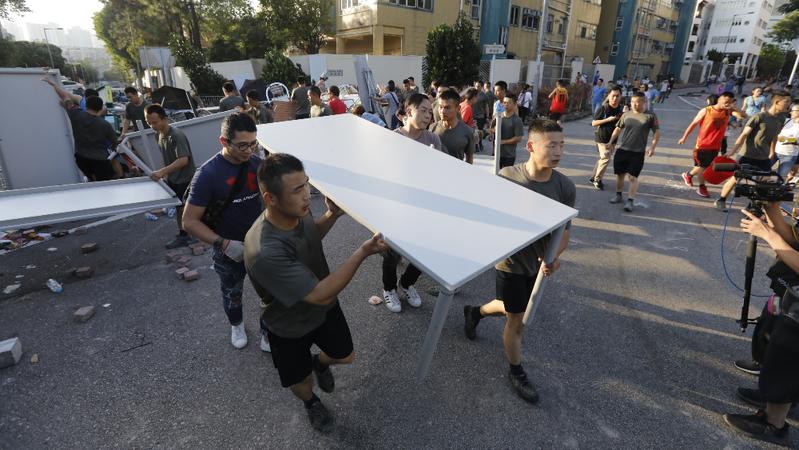 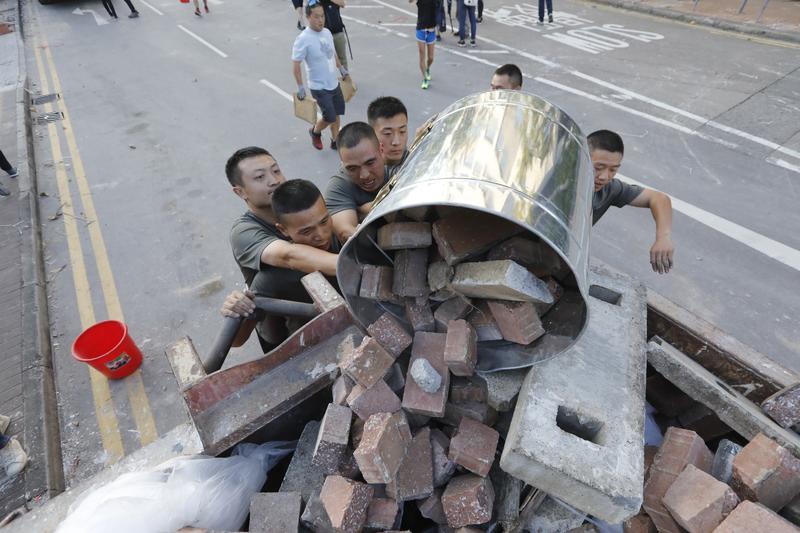 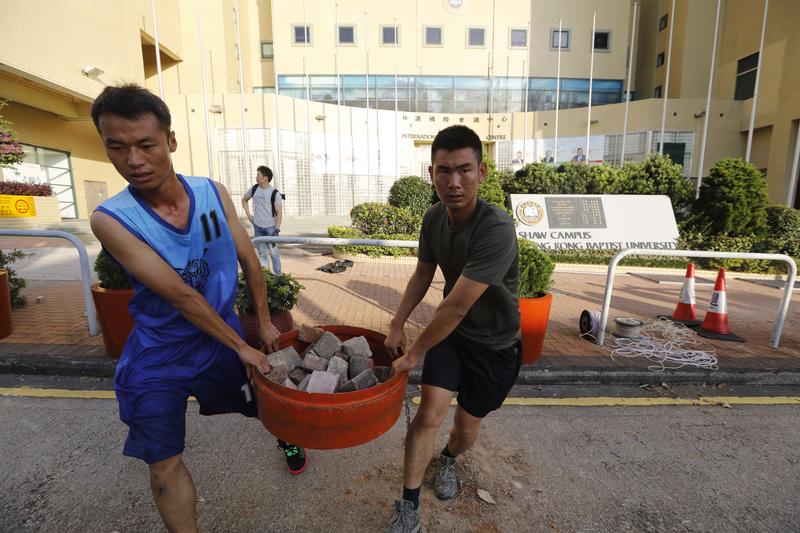 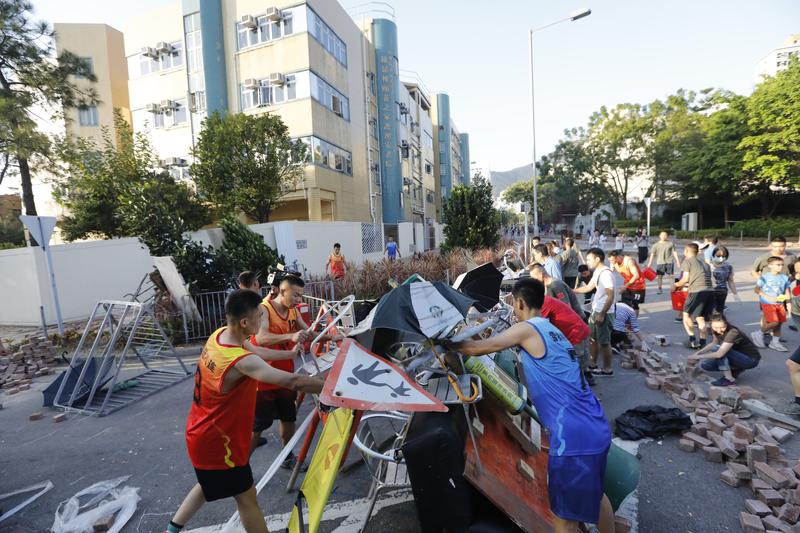 In Kowloon East, a large group of ordinary people were seen removing bricks and debris from a main road. They were joined by the soldiers at about 4:20 pm to the applause of the people around. Their combined efforts had greatly sped up the chore.

The soldiers returned to their barracks after the road was cleared of debris and opened to traffic.

That was not the first time that PLA Hong Kong Garrison soldiers volunteered to help out. Last year, soldiers also helped to remove fallen trees on the trails of country parks in the aftermath of a massive typhoon in October.

They also routinely donated blood to the local blood bank. 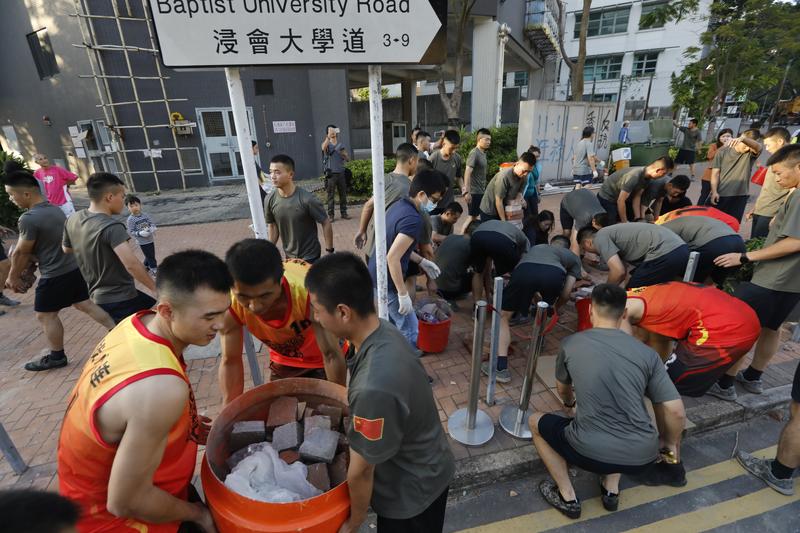 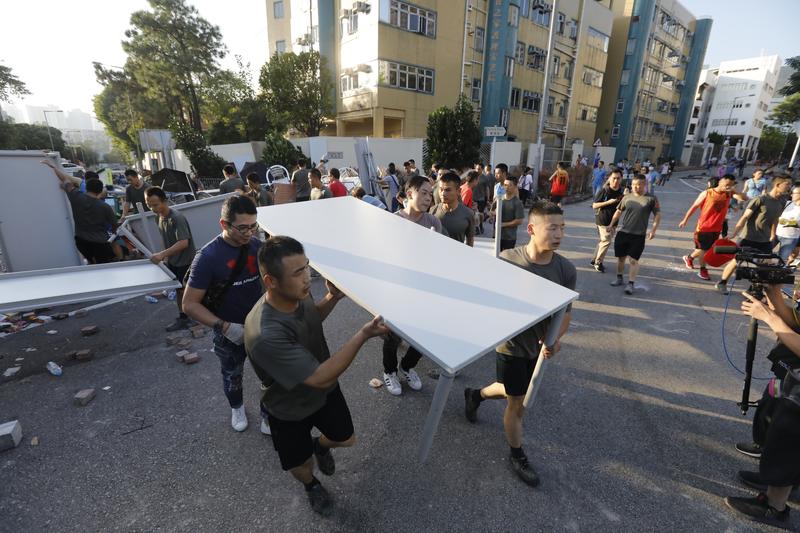 Athena Kung, a barrister, said that the move by the soldiers was “reasonable” and “lawful”. This kind of community volunteer work in casual attire was no different from residents’ spontaneously picking up waste on the road, Kung said, adding that it is all for the interest of Hong Kong. 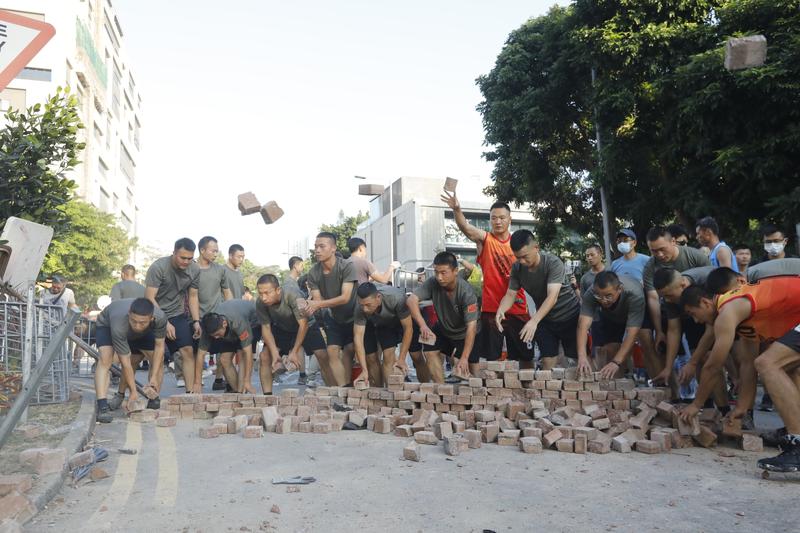 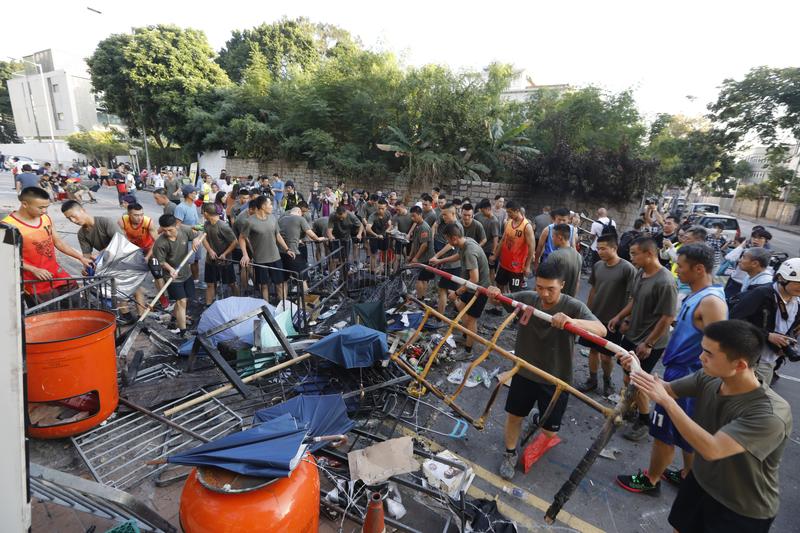 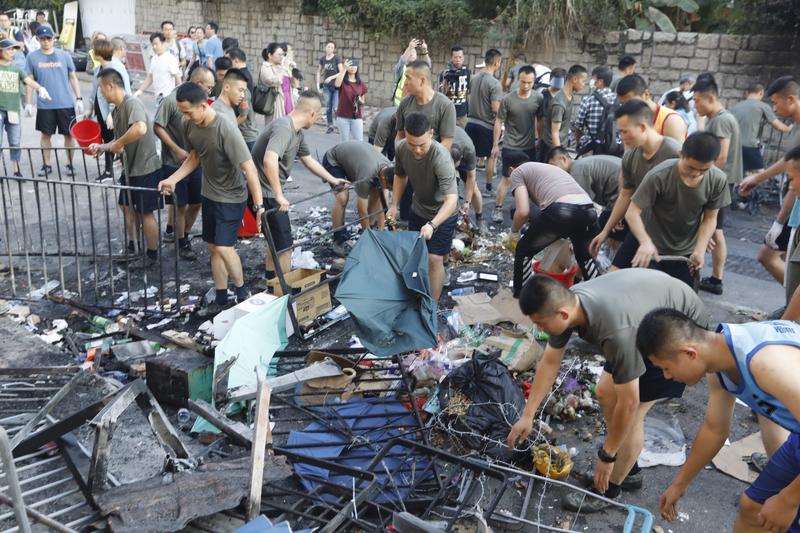 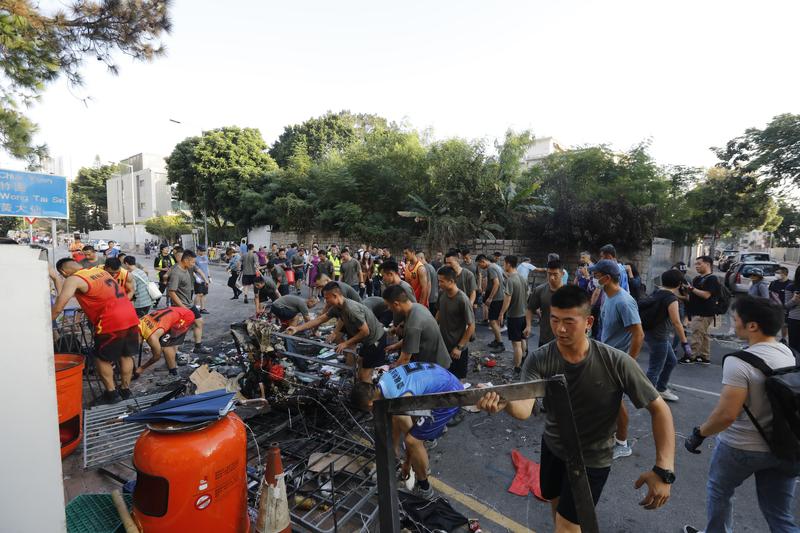 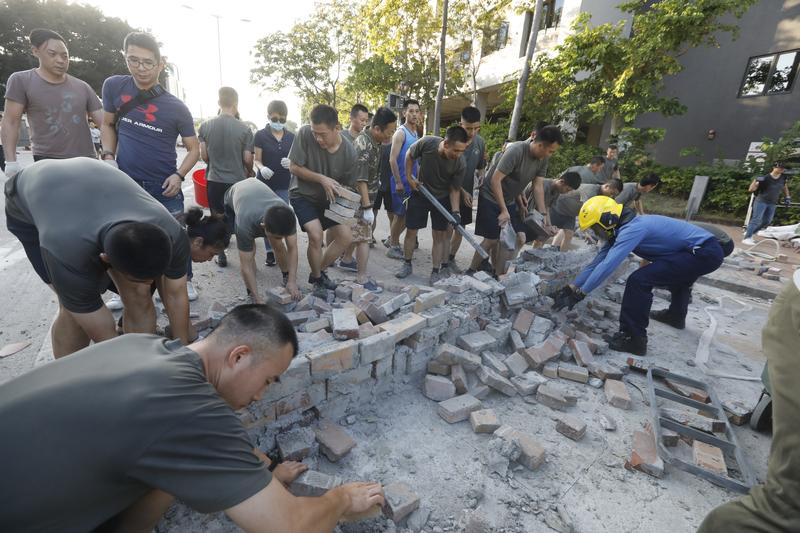