Wealth tax debate rages ahead of US election 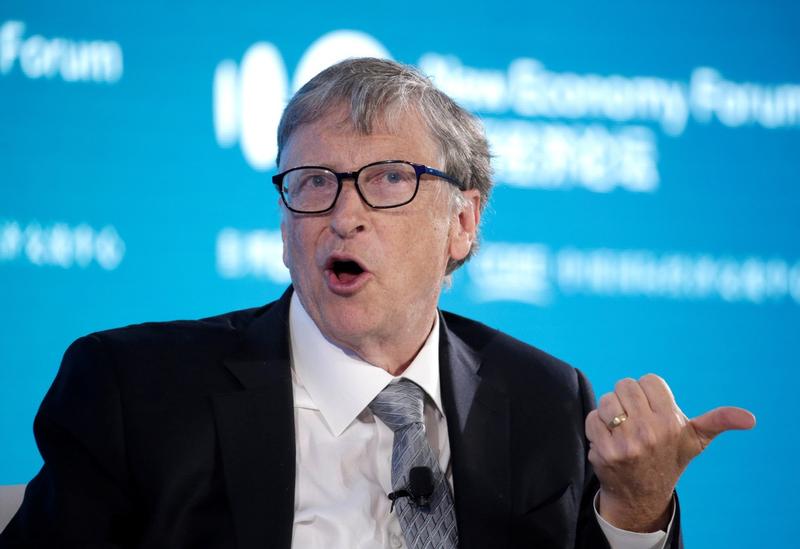 Senators Bernie Sanders and Elizabeth Warren, candidates for the Democratic Party's presidential nomination in the United States, have posed a fundamental question about the role of taxation.

Should it, as they advocate, be used to close the income gap between rich and poor or, as Republicans argue, should tax policy foster economic growth?

How voters in next year's presidential election answer those questions could affect the future of the Democratic and Republican parties－and the US.

Sanders, 78, is an independent from Vermont and self-proclaimed socialist who usually votes with the Democrats. He has pledged to run as a Democrat if he wins the party's nomination. He told CNN he seeks "to tax billionaires out of existence" because "billionaires shouldn't exist".

He proposes a 5 percent tax on incomes between US$1 billion and US$2.5 billion, rising to 8 percent for wealth of more than US$10 billion. Sanders believes his plan will raise US$4.35 trillion over the next decade.

Sanders, an independent from Vermont and self-proclaimed socialist

"We cannot afford a billionaire class whose greed and corruption has been at war with the working families of this country for 45 years," he said.

"Do I think we should demand that the wealthiest top one-tenth of 1 percent start paying their fair share of taxes so we can create a nation and government that works for all of us? Yes, that's exactly what I believe."

Warren, 70, from Massachusetts, said she is "a capitalist to my bones" but told Bloomberg TV, "Encouraging companies to build their business models on cheating people－that's not capitalism."

Warren proposes a 2 percent surtax on net worth in excess of US$50 million and 3 percent on more than US$1 billion. She does not seek to tax billionaires out of existence, but wants them to pay what she sees as their "fair share". She believes her plan will raise US$3.75 trillion over 10 years.

Both senators propose using this new revenue to fund universal healthcare, infrastructure, free tuition at public universities and extending health coverage to those who enter the US illegally－policies estimated by critics to cost more than the new taxes would raise.

Critics say the senators' revenue forecasts are based on faulty assumptions and are therefore overly optimistic. Both Sanders and Warren apparently assume that billionaires won't shelter as much income as possible and would continue to earn as much if they could keep less.

Lawrence Summers, former president of Harvard University who served as treasury secretary under president Bill Clinton from 1999 to 2001 and economic adviser to president Barack Obama from 2009 through 2010, believes new taxes proposed by Sanders and Warren would raise about US$25 billion a year.

"For progressives to invest their energy in a proposal that the Supreme Court has a better than 50 percent chance of declaring unconstitutional, that has very little chance of passing through the Congress, whose revenue potential is extraordinarily in doubt, for that to be the defining element of the progressive agenda in the United States, it seems to me potentially to sacrifice an immense opportunity," he said.

Summers made the comments in October at a panel discussion sponsored by the Peterson Institute for International Economics in Washington.

"The constitutional objection to wealth taxation is based on two clauses that require any 'direct tax' to be apportioned among the states based on population," the professors wrote. "Since 12 percent of the population lives in California, Californians must pay 12 percent of any direct tax.

"To match revenue fractions to population percentages, as the Constitution's direct tax clauses demand, we estimate that the wealth tax rate in West Virginia－the poorest state per capita－would need to be roughly 10 times the rate in more affluent California and more than 20 times the rate in prosperous Connecticut. That would be a deal breaker."

Billionaire Mark Cuban, owner of the National Basketball Association team the Dallas Mavericks and worth an estimated US$4.1 billion, scorned Warren's proposed billionaire tax and said her estimated income and net worth of US$12 million placed her among the top 1 percent of wealthiest people in the US. 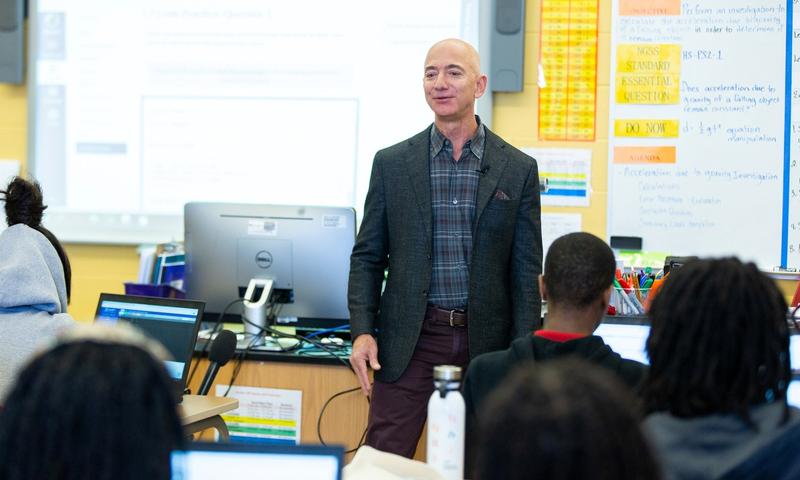 According to an analysis of Federal Reserve data by New York magazine, since 1989, the wealth of the top 1 percent in the US has increased by US$21 trillion, while the lower half of the population has seen its combined net worth fall by US$900 billion.

Those in favor of a wealth tax believe rising income inequality is immoral and a threat to society's cohesion because it is based on a rigged economic system that rewards those with money to influence government to adopt laws and regulations to their advantage.

Opponents of higher taxes argue that concentration of wealth stems from globalization, technological advancement and economic growth that rewards smart, educated, innovative and hardworking individuals. They say that sharply raising tax rates would discourage innovation, punish achievement and slow economic growth to the detriment of everyone.

For their tax proposals, Sanders and Warren draw on University of California, Berkeley, economists Emmanuel Saez, 46, and Gabriel Zucman, 33.

Both are from France and studied with Thomas Piketty at the Paris School of Economics. Piketty's books, The Economics of Inequality and Capital in the Twenty-First Century, are central to the debate. He argues that inequality is the salient feature of capitalism and the gap between the haves and have-nots will worsen unless checked by vigorous governmental action, including taxes.

Saez's research on tax policy and income inequality helped him become a MacArthur Fellow, known unofficially as a "Genius Grant". Zucman researched tax evasion and offered theories on possible policy failures and remedies. Both argue that globalization fails because it results in lower tax rates for multinational companies and higher rates for small businesses and working individuals.

Zucman said in an interview at the University of Chicago's Stigler Center: "I think that extreme inequality certainly poses a very serious threat for democratic institutions. The US used to see itself as much more equal than Europe in the 19th century."

He calculated that the 400 richest US citizens, or the top .00025 percent of the population, hold more of the country's wealth than the 150 million adults in the bottom 60 percent of wealth distribution. He said the share of the 400 richest citizens has tripled since the 1980s.

Both economists said the top US income tax rate in the 1950s and early '60s was more than 90 percent and the policy created greater economic equality than that found today. Saez and Zucman have publicly supported New York Representative Alexandria Ocasio-Cortez's proposal for a 70 percent tax rate on incomes of more than US$10 million.

The Tax Foundation, a conservative Washington think tank, argues, "Pro-growth tax reform that reduces the burden of corporate and personal income taxes would generate a more robust economic recovery and put the US on a higher growth trajectory, with more investment, more employment, higher wages and a higher standard of living."

Michael Bloomberg thinks that rich US citizens, himself included, should pay more tax, but is skeptical about a wealth levy supported by Warren and Sanders.

During an election campaign event in Phoenix, Arizona, one of the first since he announced his late bid to capture the Democratic presidential nomination, Bloomberg vowed to support "taxing wealthy people like me," but insisted that a tax on wealth "just doesn't work."

Hedge fund billionaire Leon Cooperman told CNBC that the stock market would plunge by 25 percent if either Sanders or Warren becomes president.

In a letter to Warren obtained by CNBC, he said, "Your vilification of the rich is misguided, ignoring among other things, the sources of their wealth and substantial contributions to society which they already, unprompted by you, make."

Forbes business magazine estimates that Warren's tax proposal could cost US billionaires US$85 billion a year.

Gates told a conference staged by The New York Times last month: "I've paid over US$10 billion in taxes. I've paid more than anyone in taxes. If I had to pay US$20 billion, it's fine. But when you said I should pay US$100 billion, OK, then I'm starting to do a little math about what I have left over. Sorry, I'm just kidding. So you really want the incentive system to be there and you can go a long way without threatening that."

Gates and his wife founded the Bill & Melinda Gates Foundation in 2000 and have donated US$50.1 billion to improve global health, including fighting AIDS, tuberculosis and malaria in poor countries, according to the foundation's website.

Buffett, CEO of Berkshire Hathaway, joined Gates in creating the Giving Pledge. Wealthy signatories promise to give away more than half their fortunes to philanthropy during their lifetimes or through their estates after death. Forbes calculated that Buffett has already donated US$38.78 billion, or about one-third of his net worth.

Zucman, the economist, estimated that had the proposed wealth tax been in effect since 1982, Gates would be worth about US$13.9 billion and Buffett would retain US$10.4 billion. As a result, the tax would end charitable giving at current levels.

Nicole Kaeding, vice-president for policy at the National Taxpayers Union, a conservative think tank, told MarketWatch that if donors' assets are heavily taxed, contributions will decline.

Last year, Bezos paid US$250 million for The Washington Post－almost petty cash for a man with a net worth estimated at US$137 billion. He has kept the US capital's newspaper alive.

Frank VanderSloot, founder of Melaleuca, a health supplements company, said that forced taking from the rich to give to the poor creates havoc. He told Forbes, "The whole idea of Robin Hood was Robin was a hero, right? But it's been tried. And it creates economic disaster." 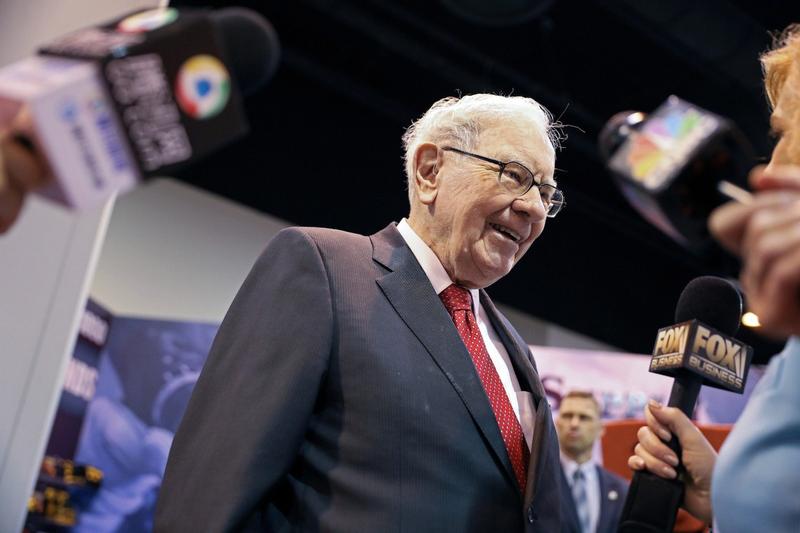 The Wall Street Journal said in an editorial, "Europe has tried and mostly rejected the wealth taxes that (Sanders and Warren) are now promising for America."

As a result, about 60,000 millionaires have left France since 2000, New World Wealth, a South African research company, reported. The Wall Street Journal pegs the number at 70,000. The exodus narrowed the tax base and shifted the burden to the middle class.

Bloomberg quoted Eric Pichet, a professor at the Kedge Business School in Marseille, southern France, as saying that the country's wealth tax resulted in an annual net revenue loss of at least 7 billion euros (US$7.7 billion) because investment declined.

In 1978, Germany imposed levies of 0.5 and 0.7 percent respectively on personal and corporate wealth. The rate rose to 1 percent in 1995, but the nation's high court invalidated the levy and it was abolished in 1997.

The Ifo Institute for Economic Research calculated that the wealth tax would have seen the country's GDP fall by 5 percent and employment by 2 percent.

An editorial in The Wall Street Journal said: "The best argument against a wealth tax is moral. It is a confiscatory tax on the assets from work, thrift and investment that have already been taxed at least once as individual or corporate income, and perhaps again as a capital gain or death tax. The European experience shows that it also fails in practice. The question is how much economic damage comes first."

Hemel and Kysar, the law professors, offered this view, "The likeliest outcome is that a wealth tax will raise exactly zero dollars."

Ronald Reagan cut tax rates when he was US president and, after a stiff recession to tame inflation, the economy boomed. Tax revenue nearly doubled. The economy also boomed after Trump's tax cuts, and employment grew for all demographic groups.

There appears to be no middle ground in the debate between economic justice and economic growth.

Russ Weiner, founder of energy drink company Rockstar, told Forbes: "They will continue to get more dangerous with their demands and actions. It will never be enough."