The tale of taels 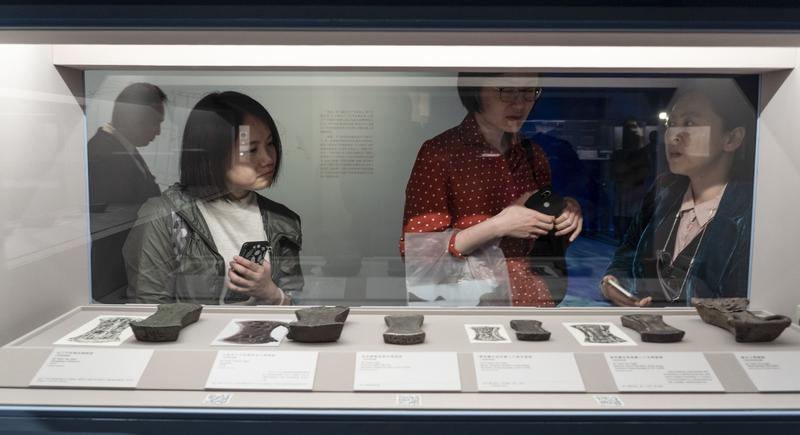 Silver was used as money in China for centuries during imperial times. An ongoing exhibition at Shanghai Museum, titled Silver in the History of Chinese Currency, which runs through July 28, tells the story of China's association with the metal.

From ingots to coins and banknotes, the exhibition features more than 130 objects, which are from the museum's own collection, are borrowed from the China Finance and Taxation Museum in Hangzhou in East China's Zhejiang province and from new archaeological discoveries in Sichuan province in the southwest and shipwrecks in the South China Sea.

Silver ingots played a significant role in political and economic activities during the Song Dynasty (960-1279), says Yang Zhigang, director of Shanghai Museum. And since the middle of the Ming Dynasty (1368-1644), silver became the predominant currency and the standard silver monetary system was established.

The archaeological site of Jiangkou in Sichuan's Meishan city was a battlefield along the Minjiang River. Zhang Xianzhong, a rebel-army leader in the Ming era, took large amounts of treasure and silver on a fleet sailing south on the river, where he was attacked and most of the ships with cargo sank.

The underwater archaeological team of the Sichuan Archaeology Research Institute has carried out two excavations at the site since 2016 and made one of the top 10 relics discoveries in China.

Liu Zhiyan, head of the team, says they found more than 300 official ingots in 50 tael (a unit of money) each time, plus, thousands of small ingots and broken silver.

The show features more than 130 objects, including the Ming Dynasty ingot in 50 tael, excavated from Sichuan's Jiangkou site, another Ming era ingot and a Qing Dynasty ingot. ( (PHOTO / CHINA DAILY)

He calls it "the most important and largest silver discovery from the Ming period".

Ten of the ingots are being shown at the Shanghai exhibition.

"We picked the most representative pieces with inscriptions that show when and where they were molded, and how much each weighs."

This information made it easy to track down any foul play or mistakes during the production and transportation process, Liu adds.

In ancient China, the tael was the basic unit by which silver and gold were measured.

One tael is equivalent to about 37 grams, according to Wu Danmin, a researcher in the bronze department of Shanghai Museum, who is also the curator of the exhibition.

Although Chinese smelted and used silver as early as the Spring and Autumn Period (770-476 BC), the metal gradually gained its status as currency in the mid-Tang Dynasty (618-907). By the Ming Dynasty, silver became the predominant currency in China, thanks to the development of global trade, Wu says.

"There had long been a shortage of silver resources in Chinese history," Wu says.

When merchants traveled along the ancient Silk Road, silver was an ideal currency because it was light in weight and high in value. On the Maritime Silk Road, silver coins came in from Spain and Mexico. Mexican silver was then characterized by the eagle pattern and was particularly popular in the Chinese market.

The site of the Nanhai No 1 shipwreck is to the south of Taishan and Yangjiang in Guangdong province. It was discovered in the late 1980s, and in 2007, the ship was hoisted from the water and placed at the Maritime Silk Road Museum in Yangjiang. The Shanghai exhibition has many silver ingots from that wreckage trapped in globs of such materials as ceramic shards and shells, which were fused together on the ocean floor after a long period of submersion.