By Chen Weihua in Geneva 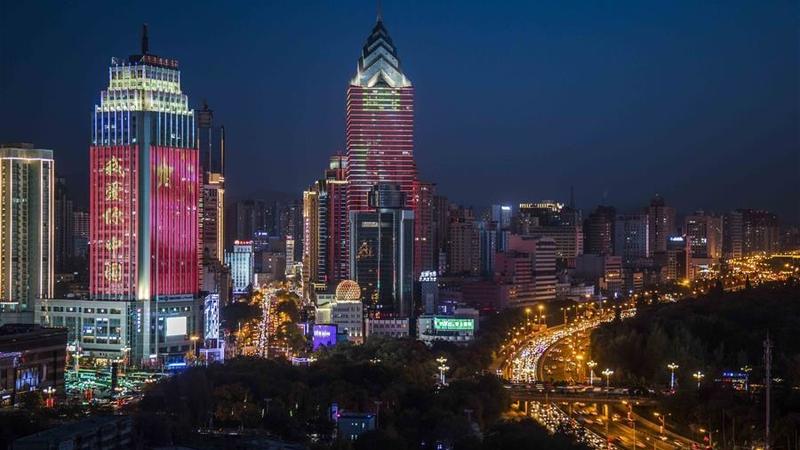 Before a packed room in the United Nations' Geneva Office, Chinese officials, experts and foreign diplomats shared their views on Wednesday about human rights progress in the Xinjiang Uygur autonomous region of China.

Xinjiang has been a land of multireligious harmony and cultural integration

Zuliyati Simayi, a professor at the School of Political Science and Public Administration of Xinjiang University, spoke on Xinjiang's history, culture and religion.

Her talk included key evidence to show how Xinjiang has evolved in its long history as a multiethnic, multireligious and multicultural region that borders on eight countries.

"Xinjiang has been a land of multireligious harmony and cultural integration," she told about 300 people who attended, most of whom were in Geneva to attend the ongoing 40th session of the United Nations Human Rights Council.

Zhang Nan, a researcher at the Anti-Terrorism Law School of Northwest University of Political Science and Law in Xi'an, Shaanxi province, and a member of the China Society for Human Rights Studies, talked about the serious harm done to Xinjiang by violence, terror and religious extremism.

Zhang, who was born and raised in Xinjiang, cited detailed cases of how violence, terror and religious extremism have trampled the basic human rights of various ethnic groups in Xinjiang, including the rights to freedom of religious belief. He also dismissed some misunderstandings of China's religious policy.

Li Changlin, a law professor at Southwest University of Political Science and Law in Chongqing, detailed the legal basis for fighting terrorism and extremism through vocational training in Xinjiang and said China has built an effective legal framework for combating terrorism.

Yu Jianhua, head of the Chinese mission to the UN Office at Geneva, said, "China will never allow Xinjiang to go back to the days of raging violence, terror and extremism and will never allow those forces to take away the peaceful and happy life from the people in Xinjiang." He added that conducting vocational education and training programs based on law is the right thing to do.

Vadim Pisarevich, deputy permanent representative of Belarus to the UN Office at Geneva, told the audience what he saw after a visit to the vocational education and training program in Xinjiang. "Those young people eat very healthy, and they study hard," he said.

Nikita Zhukov, deputy permanent representative of Russia to the UN Office at Geneva, who also visited the vocational education and training program in Xinjiang, said he was impressed by the social and economic development in Xinjiang.

Pedro Luis Pedroso Cuesta, Cuba's permanent representative to the UN Office at Geneva, said he was impressed by the social and economic progress in Xinjiang.