Okinawa votes in referendum on US military base relocation 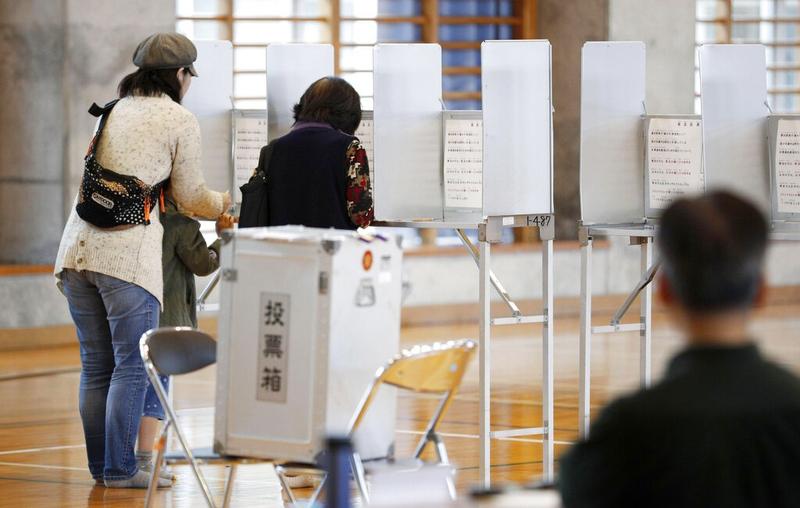 People prepare to vote in a referendum on a plan for a US military base relocation at a polling station in Naha, Okinawa, Japan, Feb 24, 2019. (KYODO NEWS VIA AP)

TOKYO — The people of Okinawa are voting Sunday on a plan for a US military base relocation in a referendum that will send a message on how they feel about housing American troops in Japan, who many see as a burden on the group of tiny southwestern islands.

The referendum is technically not binding but interest is high for testing the public sentiment about the plan to relocate Futenma air base, which is pushed by the national government of Prime Minister Shinzo Abe.

The plan has its beginnings in 1995, when outrage erupted against US service members over the rape of a 12-year-old girl. Futenma was long criticized as dangerous, being in a residential area. Washington also agreed to transfer some personnel to US Pacific territory of Guam.

Japan relies heavily on the US for its defense, and the government has said it will not abide by the referendum, even if the Henoko plan is rejected

A replacement base is on a coastal landfill in an area called Henoko. Critics say wildlife such as coral reefs and the dugong will be hurt.

"There are so many American troops here. Of course, 99 percent of them are good people, but then there is that 1 percent who do evil things. It's hard for us," said Tomomichi Shimabukuro, who runs a seaside inn called Churaumi-kun.

READ MORE: Kyodo poll: 67% Okinawa people set to vote against US base

"I feel most people of Okinawa are going to vote in protest of the plan," he told The Associated Press in a phone interview.

Japanese media surveys have shown voters are likely to reject the Henoko plan. Nearly 1.16 million residents, 18 or older, are eligible to vote, and turnout is expected to be high. Interest has been strong, not only in the rest of Japan but among pacifists internationally.

The referendum asks: "On the landfill for the construction of the US military base planned by the government in Henoko, Nago city, to replace Futenma air base," with the answers being: "I agree," ''I oppose," and "Neither."

Although Okinawa makes up less than 1 percent of Japan's land space, it houses about half of the 54,000 American troops stationed in Japan, and makes for 64 percent of the land used by the US bases, under a bilateral security treaty. 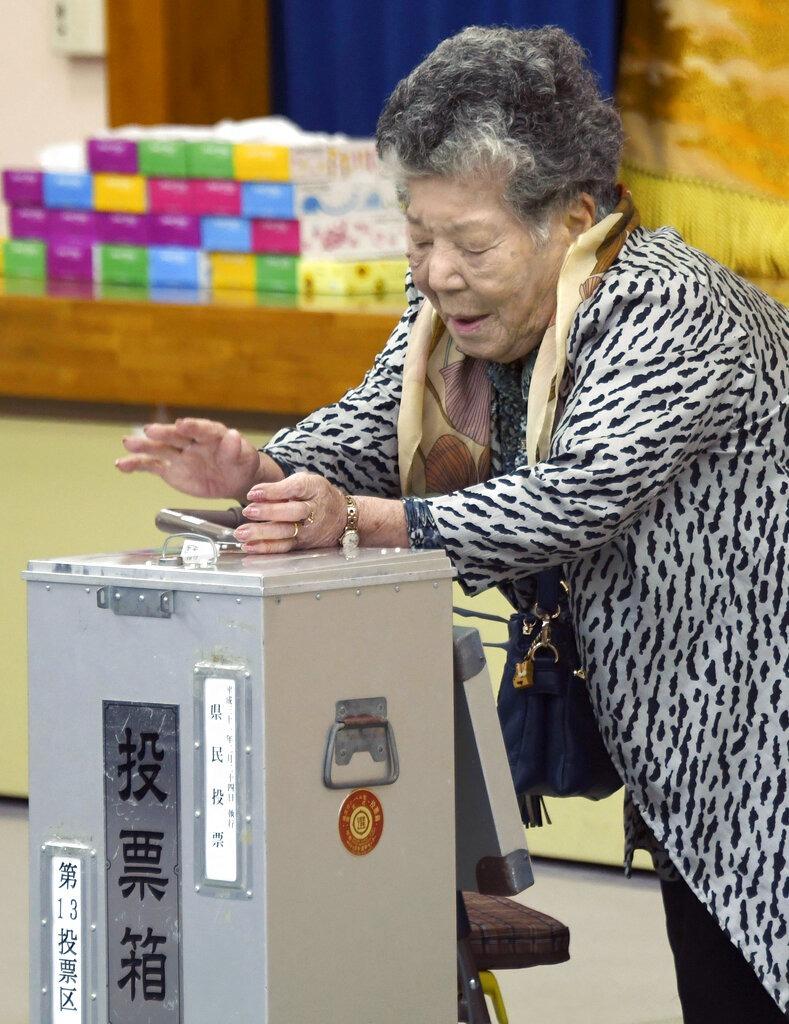 An elderly woman casts her vote in a referendum at a polling station in Nago, Okinawa, Japan, Feb 24, 2019. (KYODO NEWS VIA AP)

Japan relies heavily on the US for its defense, and the government has said it will not abide by the referendum, even if the Henoko plan is rejected.

Over the years, Henoko has drawn countless protests and sit-ins. The election last year of Okinawa Gov. Denny Tamaki, whose father is a Marine he has never met and his mother a Japanese, has injected renewed energy to the movement.

Skeptics are worried the costs for a landfill base like Henoko may keep growing, the runway may end up being too short and the government may not close Futenma, after all.

Some in Okinawa are wondering why US military operations can't be moved to other parts of Japan. Such plans have been repeatedly brought up with little progress, making some in Okinawa feel they are getting second-class treatment.

Col. John Hutcheson, spokesman for US Forces Japan, said the Henoko agreement is a bilateral deal aimed at closing Futenma, while maintaining what he called vital capabilities for regional security. He declined to comment on the referendum, saying it was a domestic political issue.

"We are committed to maintaining good relations with local communities on Okinawa and do our best every day to balance their concerns with the necessity to maintain readiness in support of our treaty commitments," he said.