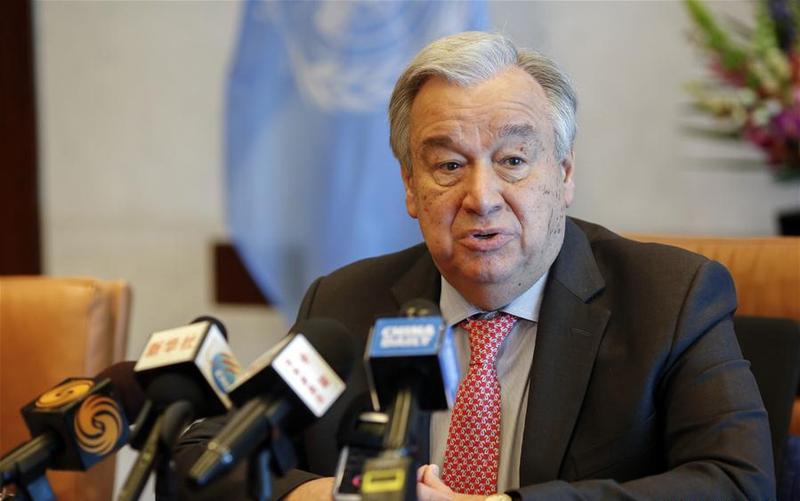 In this April 23, 2019 photo, United Nations Secretary-General Antonio Guterres speaks during an interview with Chinese journalists before leaving for the second Belt and Road Forum for International Cooperation, at the UN headquarters in New York. Guterres says Belt and Road Initiative offers a meaningful opportunity to contribute to the creation of a prosperous world for al. (LI MUZI / XINHUA)

BEIJING – Foreign officials hailed more openness, sustainability and connectivity of the Belt and Road Initiative as highlighted by President Xi Jinping's keynote speech at the opening ceremony of the Second Belt and Road Forum for International Cooperation in Beijing on Friday.

It (Belt and Road Initiative) offers a meaningful opportunity to contribute to the creation of a prosperous world for all, and to reverse the negative impact of climate change.

"It is in this context that the BRI assumes remarkable and urgent importance," he said in a speech at the opening ceremony. "It offers a meaningful opportunity to contribute to the creation of a prosperous world for all, and to reverse the negative impact of climate change."

"It promotes openness in places of isolation, and cooperation in places of confrontation," she said, adding that the BRI plays "an instrumental role" in achieving sustainable development and is an "engine for a prosperous future".

French Foreign Minister Jean-Yves Le Drian said the BRI has provided an opportunity for nations to come together in tackling global challenges, and China will play a vital role in solving the issue of the underfunded infrastructure sector in Asia. 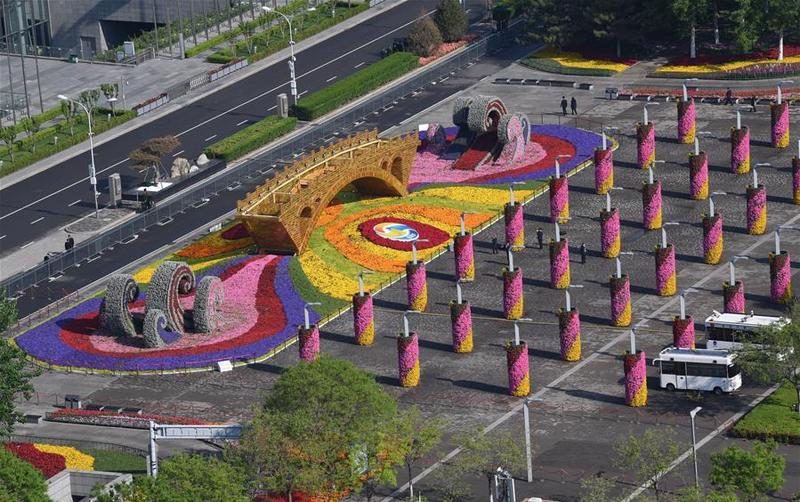 In this April 26, 2019 photo, the "Golden Bridge on Silk Road" structure is seen outside the China National Convention Center in Beijing, China, where the Second Belt and Road Forum for International Cooperation is being held. (JIN LIANGKUAI / XINHUA)

"None of us doubt the BRI has tremendous potential in spreading sustainability and prosperity," Hammond said. He added that the UK is committed to fulfilling the BRI's potential in delivering jobs, growth and higher living standards for all nations involved.

Achieving these goals will require the private sector to play a larger role in financing BRI infrastructure projects, he said. Nations will also need to create frameworks for sustainable investment with standardized, transparent and trusted contract terms.

Umberto de Pretto, secretary-general of the International Road Transport Union, a global organization that promotes open and effective trade via roadways, said he is glad to see the BRI yielding real results, such as China opening more border sections and convenient travel routes for trade.