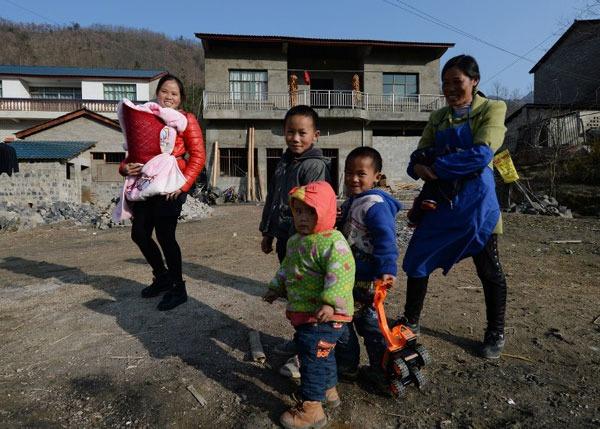 This photo taken on Feb 20, 2014 shows rural residents with their new houses near the city of Anshun, Guizhou province. (AFP)

BEIJING - Chinese authorities are seeking to narrow the urban-rural digital gap with the help of the internet as part of government efforts to fight poverty.

China will encourage the role of the internet and big data in poverty reduction and continue to develop rural e-commerce and internet-based healthcare, according to a plan jointly released by regulators including the Office of the Central Cyberspace Affairs Commission and the National Development and Reform Commission.

A cooperation mechanism between east and west China will be established to carry out projects in areas including online education training and long-distance healthcare, according to the plan.

China will also improve its big data platform for poverty relief to encourage cross-region and cross-department cooperation in the area.

By the end of 2017, 30.46 million people in China were categorized as poor. The government is aiming to eradicate poverty by 2020.