By y Alywin Chew in Shanghai 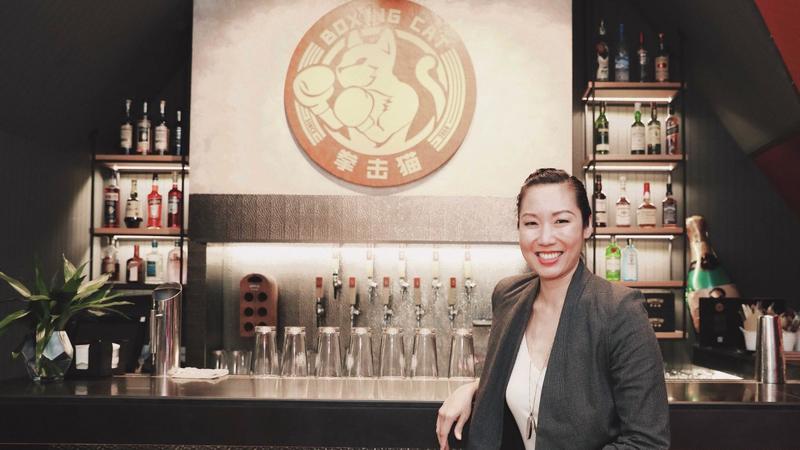 China might be known as the world's biggest exporter of tea, but other genres of beverages have been enjoying a growing presence in overseas markets in recent years - line and spirits.

Like how the nation has progressed so rapidly over the decades, the craft beer scene in the country has similarly achieved significant growth since its inception just over 10 years ago, as evidenced by the slew of craft beer bars and breweries that are sprouting up across major cities such as Beijing, Shanghai, Chengdu and Nanjing.

Those at the forefront of this scene include Kelley Lee, the co-founder of Boxing Cat, a Chinese craft beer brewery with branches in Shanghai and Beijing.

"The growth of the Chinese craft beer scene has been incredible and inspiring. From not being able to find any craft beer just over 10 years ago to hundreds of craft breweries registering for business licenses last year, the pace of growth is amazing," says Lee, a serial entrepreneur who also has a hand in other food businesses in Shanghai.

Although Boxing Cat has only been around since 2008, the brewery has already managed to chalk up an impressive list of accolades, such as winning the gold medal for its Sucker Punch Pale Ale at the 2013 Asia Beer Cup and becoming the first Chinese craft beer brewery to bag a medal at the prestigious World Beer Cup in 2016. A year later, the company also became the first Chinese microbrewery to be acquired by international beverage giant AB InBev.

A further expansion of the business is already on the cards, and Lee isn't just focused on the domestic market. In late August, Boxing Cat opened its flagship store in Shanghai's Xintiandi, an iconic destination popular with foreign tourists. The company is also among the first in the Chinese mainland to sell craft beer overseas.

"Boxing Cat's beers have already been to many foreign markets. More recently though, we've had larger shipments to Australia and Japan and we've even had our Contender Extra Pale Ale pouring all around pubs in the UK!" says Lee.

Another drink that has captured the attention of the international community in the past decade is Chinese wine.

Among the first to cause a stir in the global market was Ao Yun, a blend of Cabernet Sauvignon and Cabernet Franc by wines and spirits giant Mo..t Hennessy that is made from grapes grown more than 2,000 meters above sea level in northern Yunnan province. Ao Yun, which literally means "flying above the clouds" in Chinese, was released to wide acclaim and costs around US$300 a bottle. 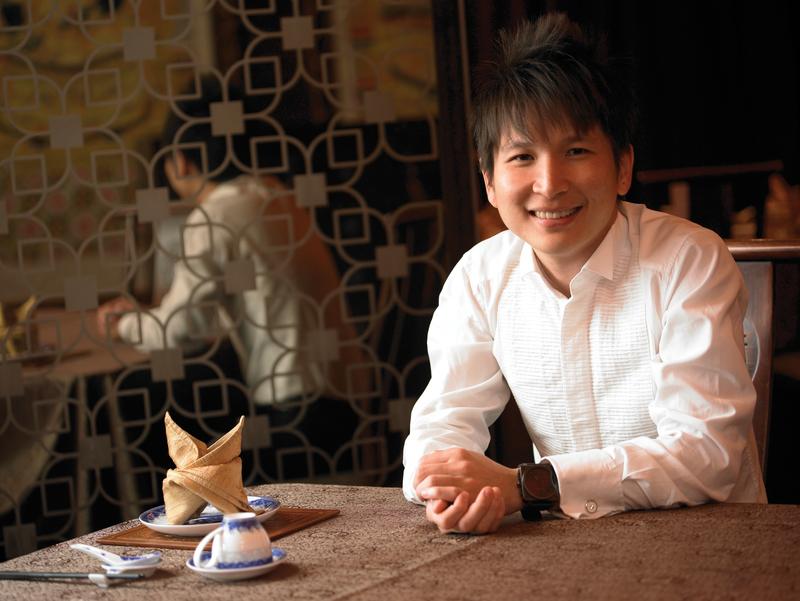 Wines made in Ningxia and Xinjiang have also caught the attention of foreign enterprises, among which is Paradise Group, a Singaporean restaurant group with a host of restaurants across China. At Taste Paradise, the group's upscale restaurant offering, wines from these regions can be found on the extensive wine list.

"Due to their geographical location which offers optimal weather conditions for viticulture, Ningxia and Xinjiang now have a number of new wineries. Similar to the top European wine regions, these areas have warm days and cool nights that encourage flowering, fruit set and ripening," says Edlan Chua, the chief operating officer of Paradise Group.

"Silver Heights from Ningxia and Tiansai Vineyards in Xinjiang are wineries that, despite having a low yield, consistently produce good wines. The quality of their wines has been improving and this has led to us listing some of them on our wine lists at our Taste Paradise restaurant."

There is also considerable hype in China over Marselan, the red French wine grape variety that is a cross between Cabernet Sauvignon and Grenache. Many industry experts have said that Marselan has the potential to become China's "signature grape" in the future.

In fact, this grape variety has already been used to produce award-winners. In 2017, Grace Vineyard in Shanxi Province won the Best in Show medal at the Decanter Asia Wine Awards for its Tasya's Reserve Marselan 2015 red wine. In 2018, a wine made from Marselan grown in Xinjiang was awarded a Platinum Medal at the same awards.

"I'm impressed by the rising quality of local wines. A dozen years ago, people were asking if there was any good wine made in China, because quality brands were few and far between. Then about a half-dozen years ago, we started to hear more people say, 'What Chinese wine is the best?', because we could find dozens of decent labels," says Beijing-based industry expert Jim Boyce.

The Chinese spirit that is becoming more prevalent on the global stage is another that Boyce is all too familiar with - laijiu. Boyce is the founder of World Baijiu Day, a celebration of the most consumed alcoholic beverage on the planet.

According to Boyce, the growing popularity of this event has demonstrated that the fiery spirit is becoming more accepted around the world.

"This year, cities as distant as Lima in Peru, Minneapolis in the US, Marbella in Spain and Wagga Wagga in Australia were involved in World Baijiu Day. This is in addition to other well-known cities, like London, Los Angeles, Singapore and Melbourne," he says.

As part of World Baijiu Day this year, a group of Chinese enthusiasts worked with an ice cream company in Stockholm, Sweden called Stikki Nikki to create gelato infused with baijiu from brands like Moutai, Shui Jing Fang and Red Star. In the Belarusian capital of Minsk, Steve Wang, the founder of Tianjin craft beer brewery WE Brewery, made a guest appearance at a local Tiki-themed bar and crafted a series of baijiu-infused cocktails.

Major alcohol companies have been playing a part in promoting the spirit around the world, too. Last year, Kweichow Moutai signed an agreement with the Wine and Spirits Trade Association in the UK that is aimed at developing a cooperative partnership between China and Britain. The Chinese company also announced plans to open five offices around the world.

"Interest is growing but slowly. There has been a lot of media hype during the past half-dozen years that baijiu is the 'next big thing', but that hasn't really happened yet," says Boyce.

"The global alcohol industry is highly competitive, with so many spirits and brands fighting for market share, so it's hard to gather momentum. But we are seeing more bars stock baijiu, more baijiu cocktails appear on menus, and more people outside China creating baijiu brands and even making it. These are all good signs."