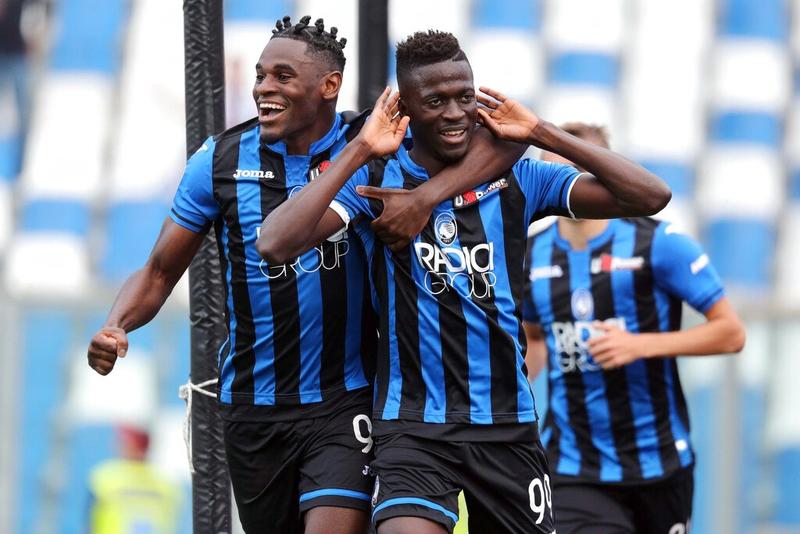 Atalanta's Musa Barrow, right, celebrates with teammate Duvan Zapata after scoring during the Italian Serie A soccer match between Atalanta and Genoa at the Mapei Stadium in Reggio Emilia, Italy, May 11, 2019. (PAOLO MAGNI / ANSA VIA AP)

MILAN — Atalanta kept alive its dream of qualifying for the Champions League for the first time by beating relegation-threatened Genoa 2-1 in Serie A on Saturday.

Halftime substitute Musa Barrow scored seconds after the interval and Timothy Castagne doubled Atalanta's lead in the 53rd minute as the team stretched its unbeaten streak to 11 matches and moved to third in Serie A.

Goran Pandev netted a consolation goal for Genoa a minute from time.

The top four from Serie A qualify for the Champions League.

Atalanta also has the chance to win a trophy on Wednesday when it faces Lazio in the Italian Cup final.

"All the matches are important, but this one was even more so," Atalanta coach Gian Piero Gasperini said. "We are going through a fantastic period and this result allows us to approach the Italian Cup final in the right way." 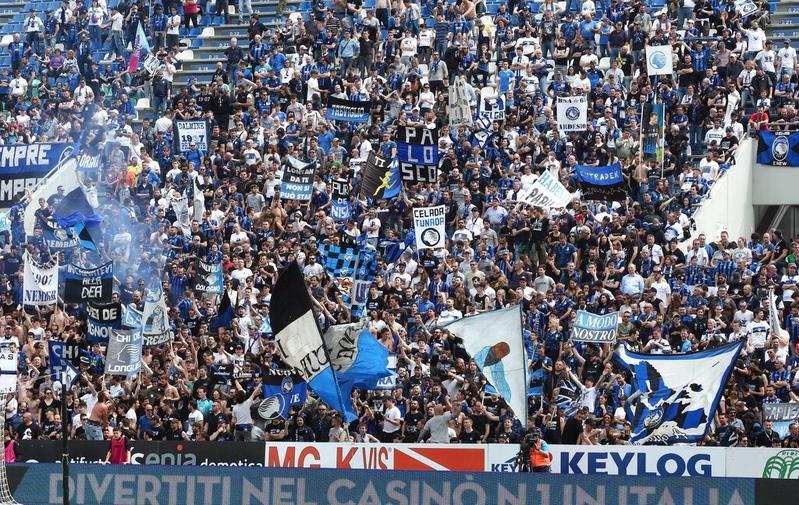 Atalanta's supporters waves flags and banners during the Italian Serie A soccer match between Atalanta and Genoa at the Mapei Stadium in Reggio Emilia, Italy, May 11, 2019. (PAOLO MAGNI / ANSA VIA AP)

AC Milan kept up the pressure as it won 1-0 at Fiorentina to remain three points behind Atalanta.

Hakan Calhanoglu scored the only goal with a glancing header from Suso's cross.

Roma can move back level with Milan with a win over Italian champion Juventus on Sunday. There are two rounds remaining after this weekend.

ALSO READ: Allegri's future in the air amid speculation on Conte return

Elsewhere, Lazio won 2-1 at Cagliari. A point for Inter on Monday would end any chance Lazio has of making the Champions League. 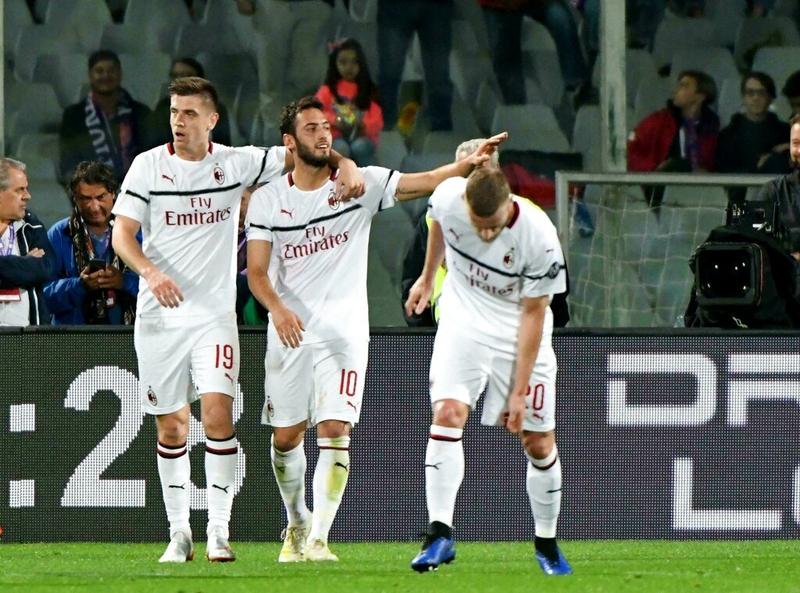 AC Milan's Hakan Calhanoglu, center, celebrates with his teammates after scoring during the Italian Serie A soccer match between ACF Fiorentina and AC Milan at the Artemio Franchi stadium in Florence, Italy, May 11, 2019. (CLAUDIO GIOVANNI / ANSA VIA AP)

Lecce will be back in Serie A next season for the first time since 2012.

The team, which is based in the heel of Italy, beat Spezia 2-1 in the final round of the Serie B season to beat Palermo to the second automatic promotion spot.

Brescia had already secured the other spot.

Palermo will go through to the playoffs, along with Benevento, Pescara, Hellas Verona, Spezia and Citadella.