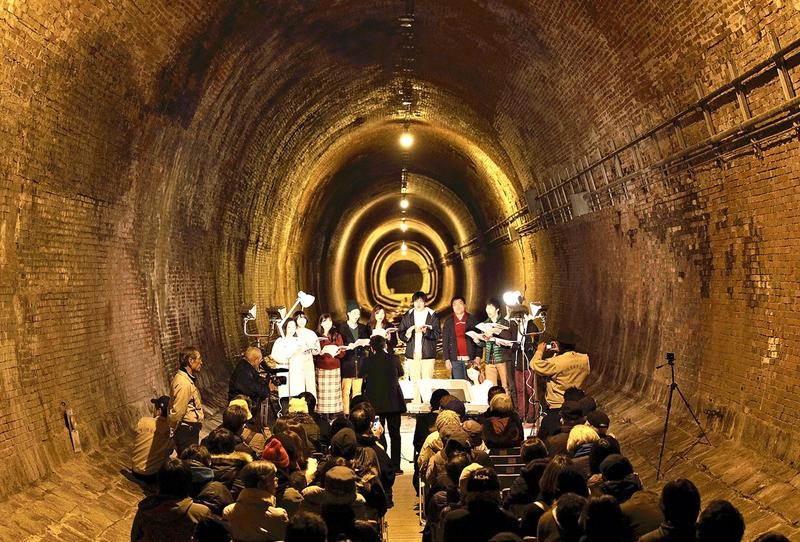 A choir concert is held amid fantastical lighting at the Minatogawa Zuido tunnel in Kobe, Japan, on Feb 16, 2019. (PHOTO / THE JAPAN NEWS)

KOBE – A tunnel might seem like an unlikely spot for concerts, but the Minatogawa Zuido tunnel in Kobe has become just that — it’s a popular place for live performances of jazz, brass bands and choruses. It was originally built to reroute the then Minatogawa river flowing through Kobe, but has now taken on a completely new role.

In February, about 180 people enjoyed a concert by a local chorus of students and others. The temperature was 10 C, and the performers’ clear singing voices resounded throughout the tunnel in the dim light.

Various events are held free of charge every month at Minatogawa Zuido, which is managed by the Hyogo prefectural government. The student choir ICEK performed about 10 songs on Feb 16.

“Their singing voices came down from the ceiling, and I felt like I was being enveloped in them,” said Chiaki Shimizu, 50, who visited for the first time from Nara prefecture.

Kazuki Matsumoto, 39, who is a group facilitator and himself stood on the stage, said with satisfaction: “The voices resonated in a unique way, and our singing felt good.”

The tunnel was completed in 1901 and is said to be the first modern river tunnel in the country. The former Minatogawa river flowed south from Mt. Rokko through Kobe city. The river was prone to flooding and high embankments held up traffic between east and west, because the river bed was higher than ground level.

Also, a great deal of earth and sand flowed from the mountains into Kobe Port, making the port shallow and preventing large ships from docking.

Approximately 30 local businessmen established a company in 1897 to alter the river. They removed the embankments, cut through the mountain and began work to reroute the river about 2.4 kilometers to the west.

In those days, immediately after the Sino-Japanese War (1894-1895), there was no digging equipment like what exists today. Construction is said to have been difficult, using chisels and pickaxes.

The completed tunnel has a total length of about 600 meters, and is 7.3 meters wide and 7.6 meters high. Over 4 million bricks were used on the side walls and arched ceiling, and the floor surface was covered with granite to prevent erosion from the flow of water.

The site of the former Minatogawa river was newly developed and flourished as the busiest downtown area of Kobe, lined with movie houses and theaters.

“Local businessmen spent about ¥4 billion in today’s money value and built the foundation for the prosperity of the city,” said Ryosaku Sasaki, 71, a former civil engineer for the Hyogo prefectural government and vice-chairman of the Minatogawa Zuido preservation citizen group. “There’s believed to be no other example of accomplishing such a big civil engineering project through private efforts alone.” 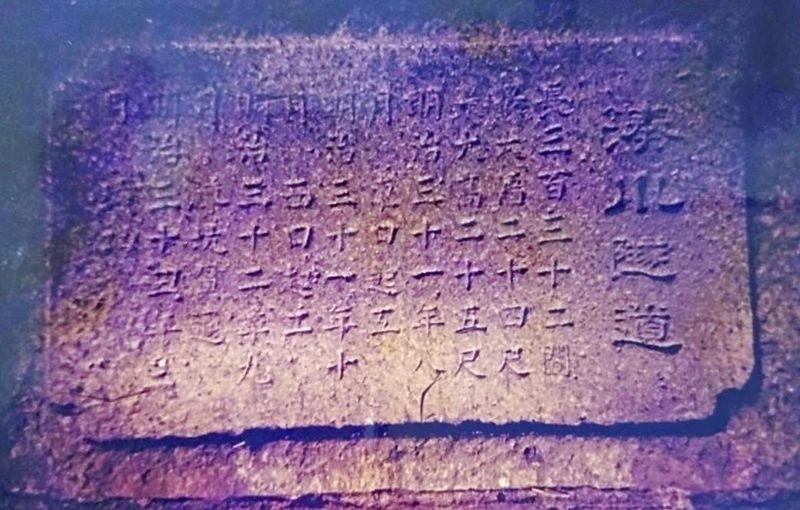 The tunnel drew attention as a result of the Great Hanshin Earthquake in January 1995. Until then it was called the Mt. Ege tunnel and was hardly known to the public.

Restoration work necessitated by the heavy damage caused by the earthquake revealed the tunnel’s official name. A nameplate was found on the wall: “Minatogawa Zuido.”

A new river tunnel was completed in 2000, ending the role of Minatogawa Zuido. The prefecture decided to preserve the old tunnel to convey its history to future generations, and improved the lighting facilities and passageways.

It was selected in 2011 as a civil engineering heritage site by the Japan Society of Civil Engineers, which encourages the preservation and utilization of precious civil engineering structures. In November last year, a council of the Cultural Affairs Agency proposed that it be made a registered tangible cultural property of Japan, and moves to reappraise its value are spreading.

The citizen group holds such events as concerts, memorial events for the earthquake and photo exhibitions. As the tunnel is “Instagrammable”, visitors come from outside Kobe as well.

The association receives many inquiries, some from people asking to perform there.

The huge underground space will continue to be a place to heal many people.