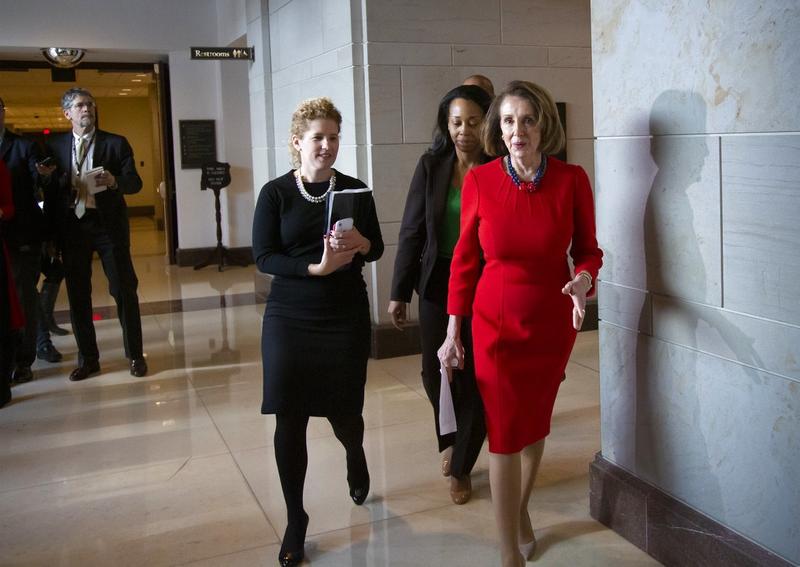 US House Democratic Leader Nancy Pelosi of California, the speaker-designate for the new Congress in January, walks past reporters at the Capitol after a classified briefing by CIA Director Gina Haspel to the House leadership in Washington, Dec 12, 2018.  (J SCOTT APPLEWHITE / AP)

WASHINGTON – Nancy Pelosi, the top Democrat in the US House of Representatives, said Wednesday she supports a proposal that would limit the terms of senior Democratic leaders, likely paving the way for her to reclaim the speaker's post in January when her party takes control of the chamber.

For some time, there have been a number of conversations to advance a proposal to institute term limits for senior leadership positions in our caucus.

By agreeing to limit senior leaders to three, two-year terms, which would apply retroactively, Pelosi hopes to mollify a small group of Democrats who had opposed her bid for the top job in the House and wanted a new generation of leaders.

"For some time, there have been a number of conversations to advance a proposal to institute term limits for senior leadership positions in our caucus," Pelosi said in a statement announcing her support for the plan.

After Pelosi's announcement, a group of seven House Democrats who had not previously pledged their support said they would back her when the full House votes on Jan 3.

Democrats won back a majority in the House in Nov 6 elections. Pelosi captured the Democratic nomination for speaker in a 203-32 vote of House Democrats two weeks ago. Steny Hoyer, 79, is in line to become the Democratic majority leader, and James Clyburn, 78, to hold the No. 3 post of majority whip.

Under the term limits proposal, senior leaders could serve three, two-year terms, with an additional term possible if they receive two-thirds support of the Democratic caucus. But the two terms when the Democrats controlled the House from 2007 to 2011 would count toward the total, limiting Pelosi, Hoyer and Clyburn to four years at most in their leadership positions.