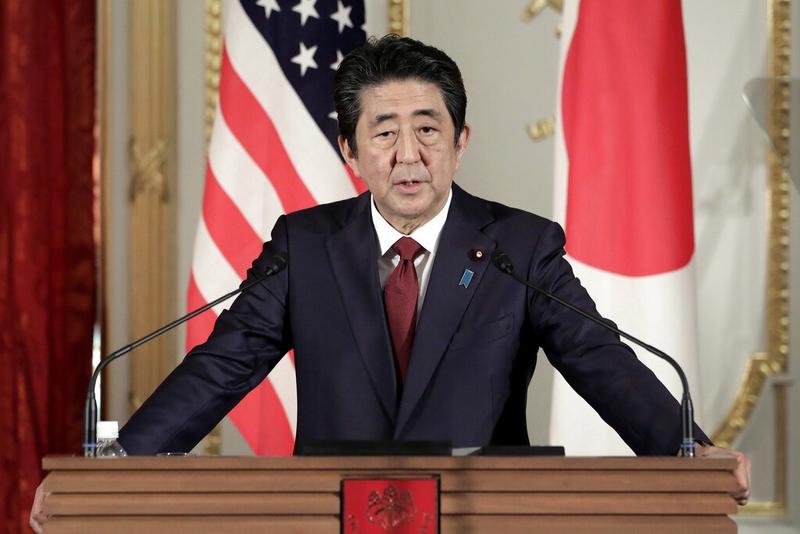 Japan's Prime Minister Shinzo Abe speaks during a news conference with US President Donald Trump (not in frame) at the Akasaka Palace in Tokyo, May 27, 2019. (KIYOSHI OTA / POOL PHOTO VIA AP)

TOKYO — Japanese Prime Minister Shinzo Abe will make a two-day visit to Iran from June 12, amid rising tensions in the Persian Gulf between the United States and Iran over an international nuclear agreement, Japanese government said Thursday.

According to the outlines of the plan, Abe will meet with Iran's Supreme Leader Ayatollah Ali Khamenei and President Hassan Rouhani during his two-day visit

At a meeting of a lower house steering committee, it was provisionally decided that amid tensions in the region, Abe would visit Iran with the prime minister believing he could help de-escalate the situation as Japan has friendly ties with both Washington and Tehran.

ALSO READ: Iran's supreme leader rules out negotiations with US

According to the outlines of the plan, Abe will meet with Iran's Supreme Leader Ayatollah Ali Khamenei and President Hassan Rouhani.

During the talks, the Japanese premier is likely to underscore Japan's hope that Iran would stick to an international nuclear accord inked in 2015 between Iran and six major powers.

US President Donald Trump, however, has since pulled the US out of the international nuclear deal and restored sanctions against Tehran that were scraped under the 2015 deal.