Cambodia not to trade 'independence, sovereignty for foreign aid' 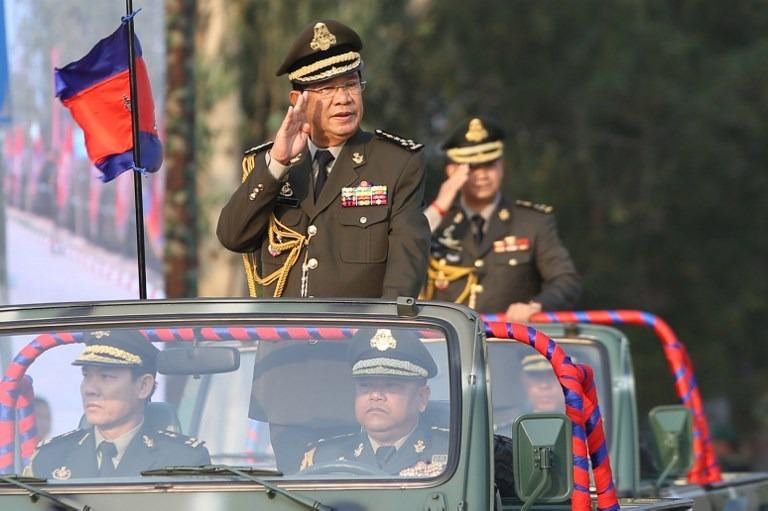 PHNOM PENH — Cambodian Prime Minister Samdech Techo Hun Sen said on Tuesday that the country will not exchange its independence and sovereignty for foreign aid and urged countries not to interfere in Cambodia's internal affairs.

"Cambodia cannot depend on foreign aid only and Cambodia will not exchange its independence and sovereignty for anything," he said in a Facebook post.

"But we want to be good friends with other countries who really want to see Cambodia develops further and who do not interfere in the country's internal affairs," Hun Sen said.

The comments came a day after the European Union started an 18-month process that could lead to the temporary suspension of Cambodia's preferential access to the EU market under the Everything But Arms (EBA) trade scheme due to concerns over human rights and labor rights in the country.

The European Commission, which coordinates trade policy for the EU, said in the statement that the decision will be published in the EU Official Journal on Feb 12, kicking off the process that would run until August 2020.

EU Commissioner for Trade Cecilia Malmstrom said: "It should be clear that today's move is neither a final decision nor the end of the process. But the clock is now officially ticking and we need to see real action soon."

EU is a major trading partner for Cambodia, especially for textiles and footwear sector. As a Least Developed Country, Cambodia has enjoyed exports of all products, except arms and ammunition, to European markets with zero percent tariff since 2001.

According to an EU's data, Cambodia exported products to the bloc worth about 4.9 billion euros in 2018.

The garment and footwear sector employed around 700,000 workers, mostly from rural areas, of which 80 percent of women.

The Garment Manufacturers Association in Cambodia (GMAC) issued a statement late on Monday, urging the EU to carefully evaluate the social and economic impact on Cambodian workers of EBA suspension.

"GMAC calls upon the European Commission and EU member states to thoroughly assess whether such a procedure potentially resulting in the suspension of preferential tariff arrangements under the EBA program would be proportionate and ultimately strengthen democracy and human rights in Cambodia," the statement said.

It noted that the suspension of EBA will increase tariffs by 12 percent in the garment sector and by 8 to 17 percent for footwear products.

"The competitiveness of our sector will unduly be put at risk, the reputation of our industry will be harmed, and Cambodia's development will be halted," the statement said.

"GMAC also urges the EU to continue engaging with Cambodian authorities to find a responsible political solution for all parties during that timeframe," it added.